Talking about the automatic gearbox in the Tata Altroz it will be a seven-speed DCT gearbox. Unlike other manufacturers like Volkswagen and Hyundai that commonly uses a dry-clutch unit, the DCT gearbox that the Altroz Turbo-Petrol will be a wet-clutch type gearbox and the gearshifts must be slicker which can only be known after its launch. It will be a unit sourced from Punch-Powertrain, that will use some components from German automobile component maker, Schaeffler as souces said.

Talking about the engine itself, the 1.2-litre 3-cylinder Turbo-petrol motor on Altroz will be tuned to produce a maximum power of 110 HP and 150 NM. The engine will also be offered with a standard 5-speed manual transmission just like it should be along with the more advanced 7-speed DCT.

According to the sources, the DCT is more likely to be offered only in the higher trim levels. The Tata Altroz Turbo DCT is expected to launch by early 2021 and when launched it will go up against its rivals in the premium hatchback segment like the New Hyundai i20 1.0 DCT and the Volkswagen Polo 1.0 TSI AT, Maruti Suzuki Baleno CVT, Toyota Glanza CVT and the new Honda Jazz CVT.

Fri Dec 11 , 2020
Spread the love Post Views: 344 Toyota Bharat is all set to launch the New Toyota Fortuner Legender SUV in India by Q1 of 2021, it will get updated styling along with 204 HP engine.       It is official now That Toyota will bring the Fortuner Legender to […] 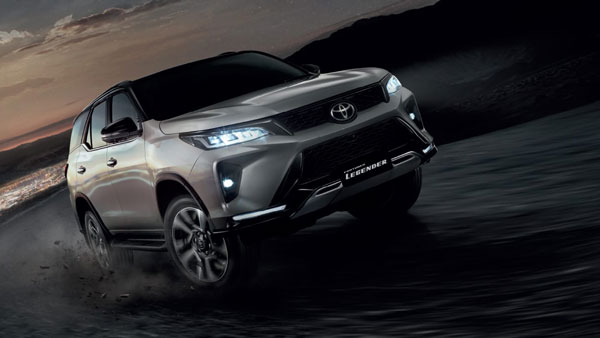