Tata Gravitas Showcased in Auto Expo 2020 to be Launched as the New Tata Safari in January 2021.

Tata Safari is coming back to the Indian Market as a 7-seat Flagship SUV. Tata Motors introduced the Tata Gravitas in Auto Expo 2020 as a 7-seat flagship SUV but now they have decided to change its name and bring back the Iconic Tata Safari name to its lineup and scheduled to launch it on January 2021. Its one of the best news in the Indian automotive world and especially for Tata Safari fans. To know more about the new-gen 2021 Tata Safari read more. 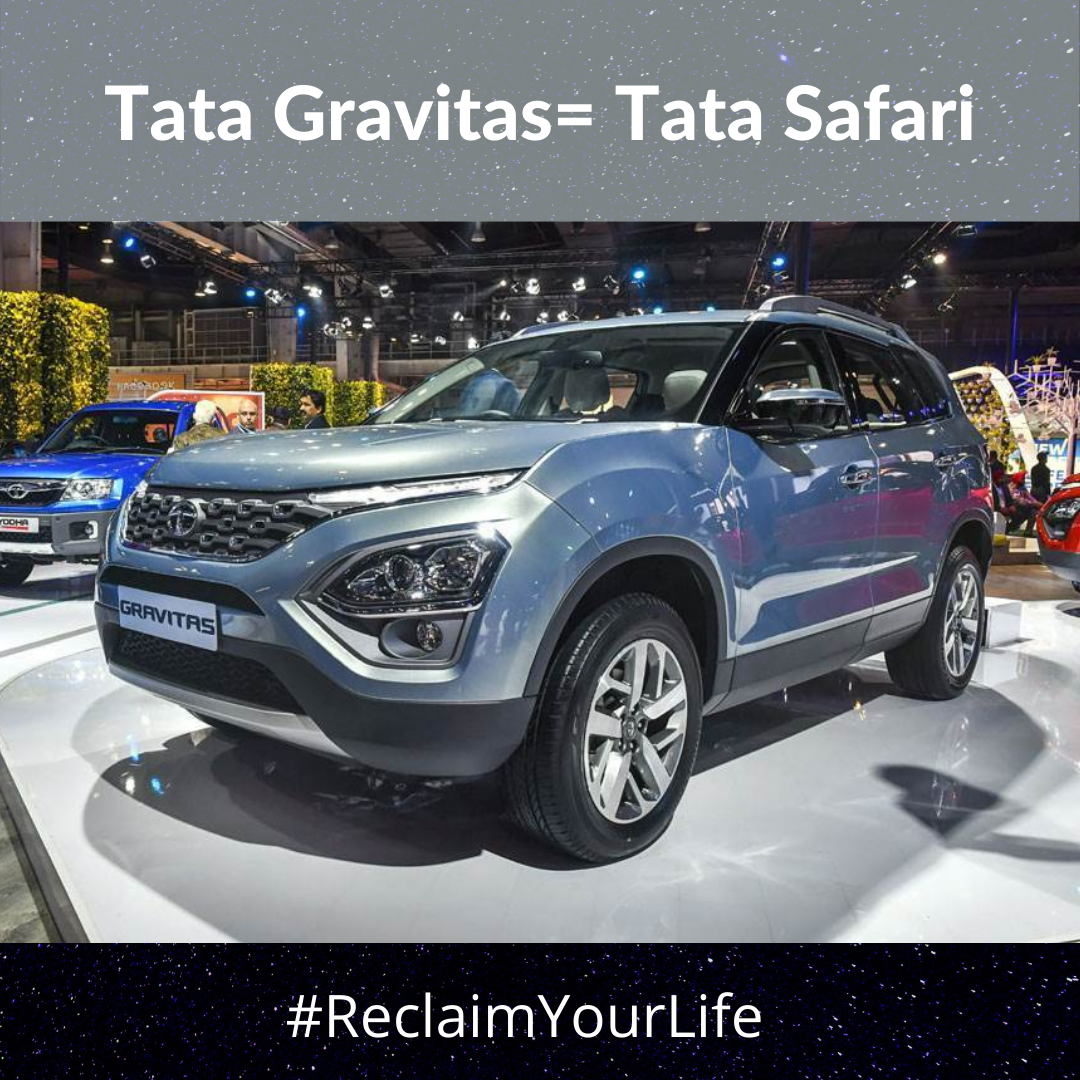 Its official that Tata Motors is bringing back its iconic SUV the Tata Safari name back to the Indian market in a new avatar. First launched in 1998 Auto the Tata Safari immediately became a hit in the Indian Market. The Safari was known for its off-road capability, power, road presence and premium feel with comfort that made it one of the best SUV in its segment and continued till 2020 when the SUV was finally discontinued. During its 2 decades of run, it came across many facelifts and engine options, with the last known variant of the SUV called Safari Storme that came with a 2.2-liter VARICOR 400 diesel engine that could 156 HP and impressive 400 Nm of torque. Tata Motors also made the Safari Storme for Indian Army and it was a very special SUV because the engine was tuned to produce a massive 800 NM of torque(More on that later).

The SUV specifically designed to continue the old Safari legacy forward as claimed by Tata Motors. How will they achieve that is very interesting because the new Avatar of Safari will be based on the same platform that the Tata Harrier Mid-sized SUV is made. So it will now be built on the award-winning IMPACT 2.0 design language which is based on the Land Rover derived Omega Architecture. So the New Safari will get a Monocoque Chassis than Ladder on Frame chassis like other big sized off-roaders.

First made its debut in 2019 Geneva Motor Show as the Buzzard and then at Auto Expo 2020 as the Tata Gravitas, this 7-seat SUV was designed keeping in mind to launch it as New-gen Tata Safari and position it as Flagship Model in Tatas SUV lineup. This is the reason Tata Motors didn’t name Harrier as the Safari in the first place.

As per sources the new Safari production has already been started and will reach showrooms before its launch on 26th January 2020. Bookings will start later this month.

As the new Tata Safari is based on Harrier so the 2.0-liter Fiat sourced Kryotec turbo-diesel producing 170 HP and 350 NM of torque will be borrowed from it. The SUV will also borrow the six-speed manual and six-speed torque converter automatic gearbox that is present in the Harrier.

The New Safari or the Gravitas has a similar front-end design like the  Harrier but to keep it different there are some changes made by Tata. Overall the SUV is made longer and has taller stance, a higher boot along with side running boards and bigger alloy wheels. Most of the changes can be seen at rear as it will have a more upright position to create more space for the 3rd seating row. It will come with a revised design for tail section and will get new LED taillights, boot lid along with a larger windshield, new roof rails, a prominent rear spoiler and overhangs. Since the SUV is made longer for extra seating space changes are made to it sides 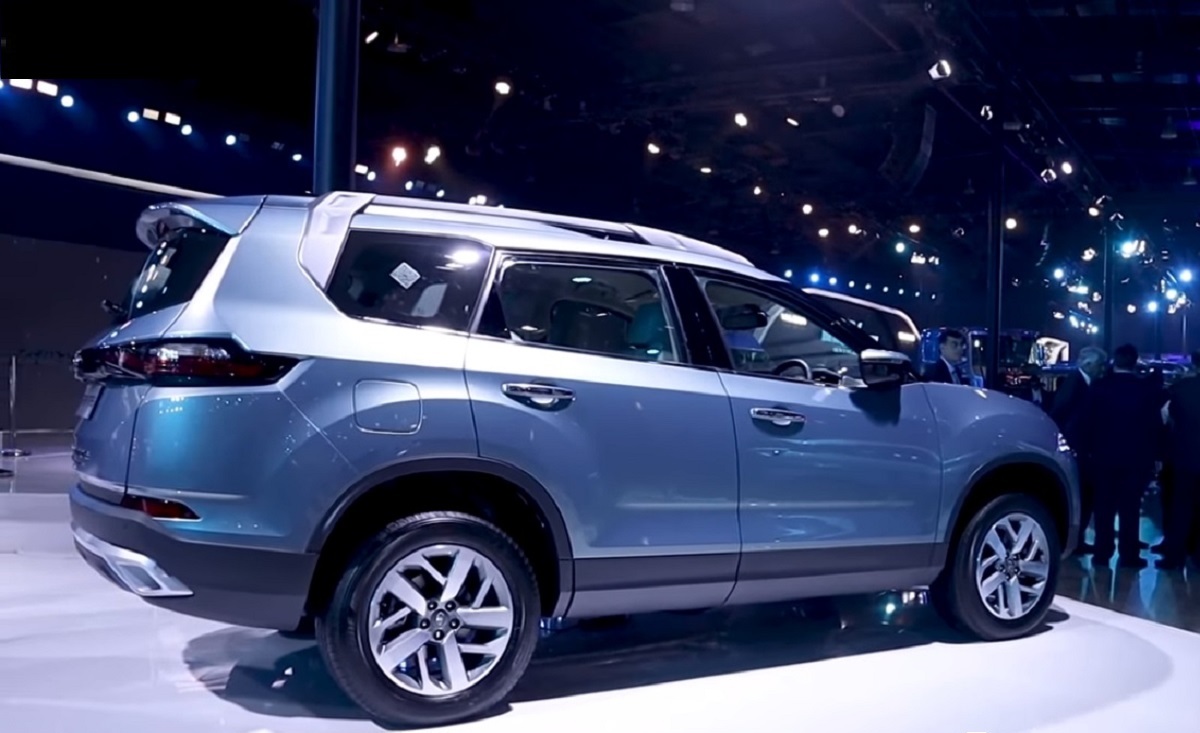 Most of the interior design of the new Safari will be similar to the Harrier but since it is a flagship SUV so may get a bigger 10.1-inch floating type touchscreen infotainment system with a connected feature at the center part of the dashboard along with wireless Apple CarPlay and Andriod Auto. Other interior features like keyless entry and push-button start/stop, cruise control and the sunroof will be standard.

Also, more premium materials for the interiors like dashboard and seats will be used to give it a premium feel. The SUV may also get options for 6 seats and 7 seats, while 6-seater will get captain seats for 2nd row and 7-seater will get a bench-type seat with adjustable headrests for 3 passengers. Other premium features in the interior will include JBL speakers, auto-dimming IRVM, electronic parking brake and LED ambient lighting.

To keep the new Safari true to its DNA it will also be offered with an option of 4×4 variant in later days but it won,t be available at the time of launch. Good news for Safari Purist to some extent but they have to wait longer for the 4×4 variant to come out. Also when launched the new Safari will be a fairly large sized SUV so unlike Harrier which have a front-wheel-drive option only the Safari may get a rear-wheel-drive option like the original one.

Also the SUV is made on the Land Rover derived Omega Architecture which the maker has claimed is designed for a 4×4 system so its totally possible to bring a 4×4 variant in the future but won’t be available as of now.

Upon launch on 26 January 2021, Tata Safari will rival against other 7-seater SUV like MG Hector Plus and Mahindra XUV 500 as of now but later may compete with the likes of upcoming Mahindra XUV, Hyundai Creta base 7-seater SUV and even Jeep’s upcoming 7-seater SUV based on the Jeep Compass.

Post your thoughts about the New Gen Safari in the Comments below. 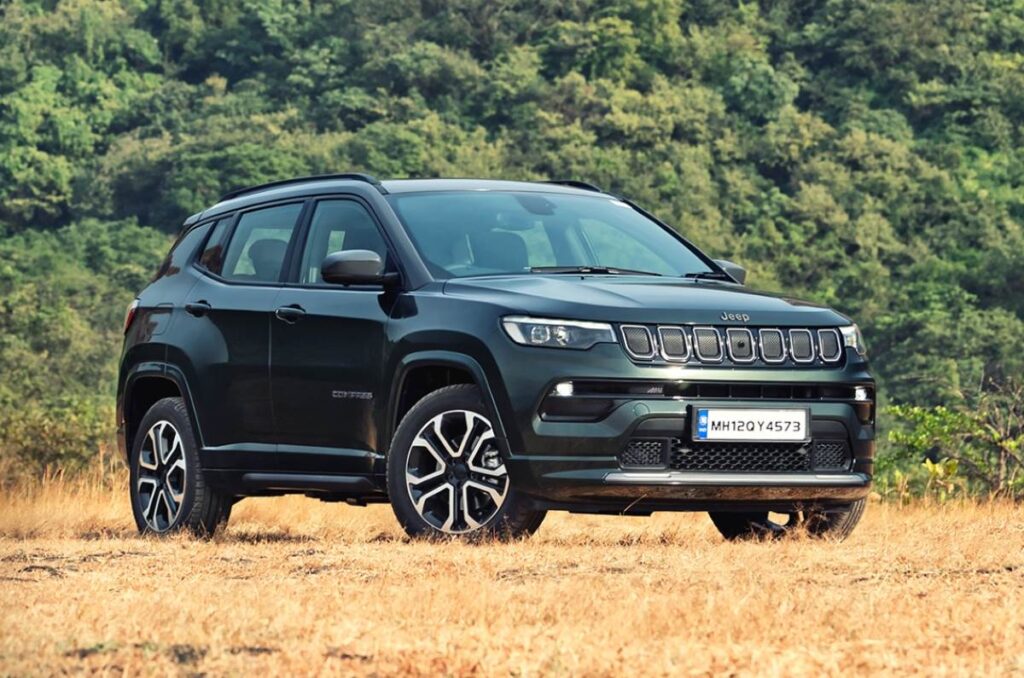