The new Force Gurkha SUV is spotted many times out on the road and it will be launched soon in coming months. Made its first debut in the Auto Expo 2020 and was originally scheduled to launch by mid-2020 due to pandemic the launch was delayed. The 2nd-gen Force Gurkha is built on a new ladder-frame chassis and is much safer than before with many exterior and interior changes. 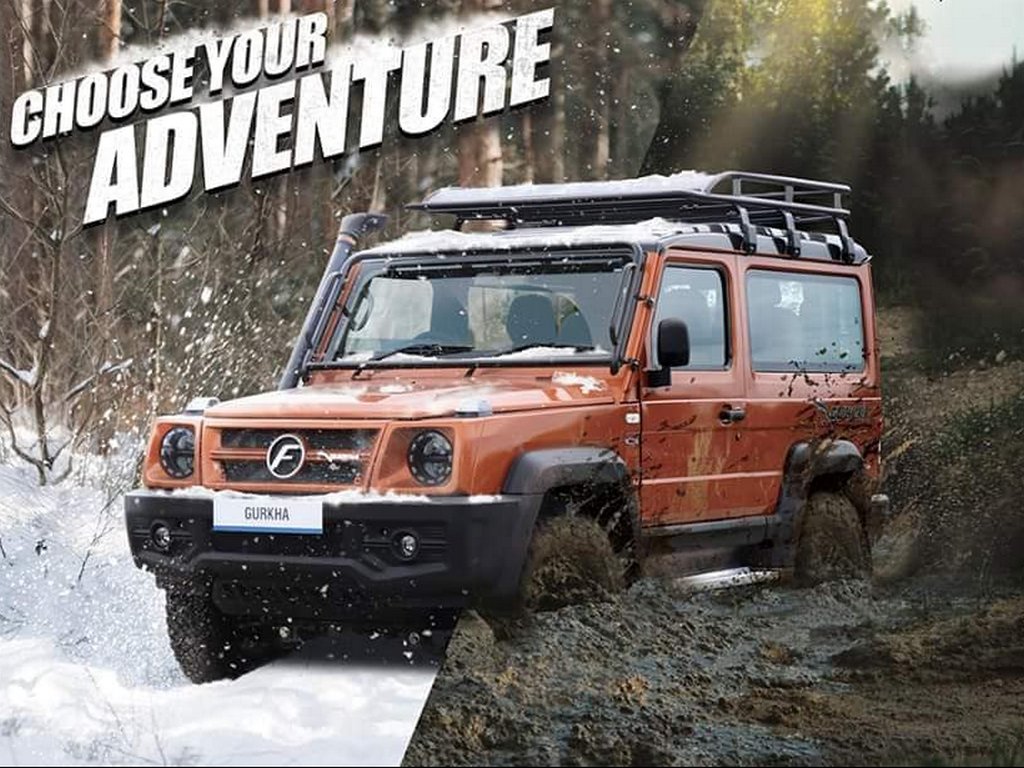 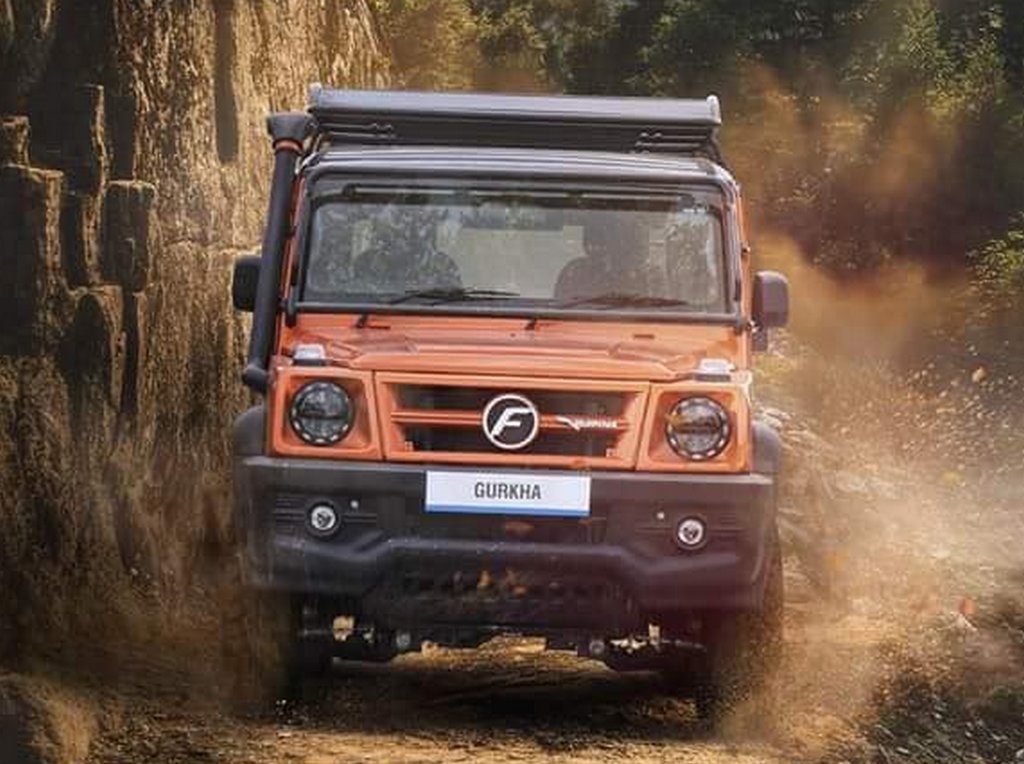 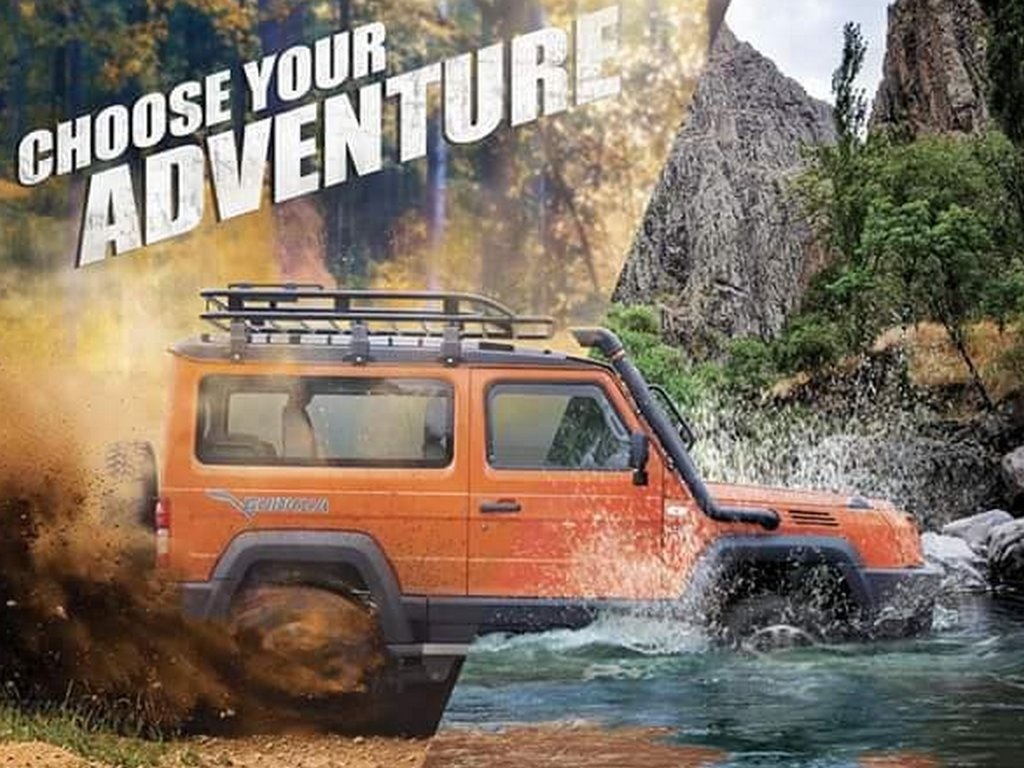 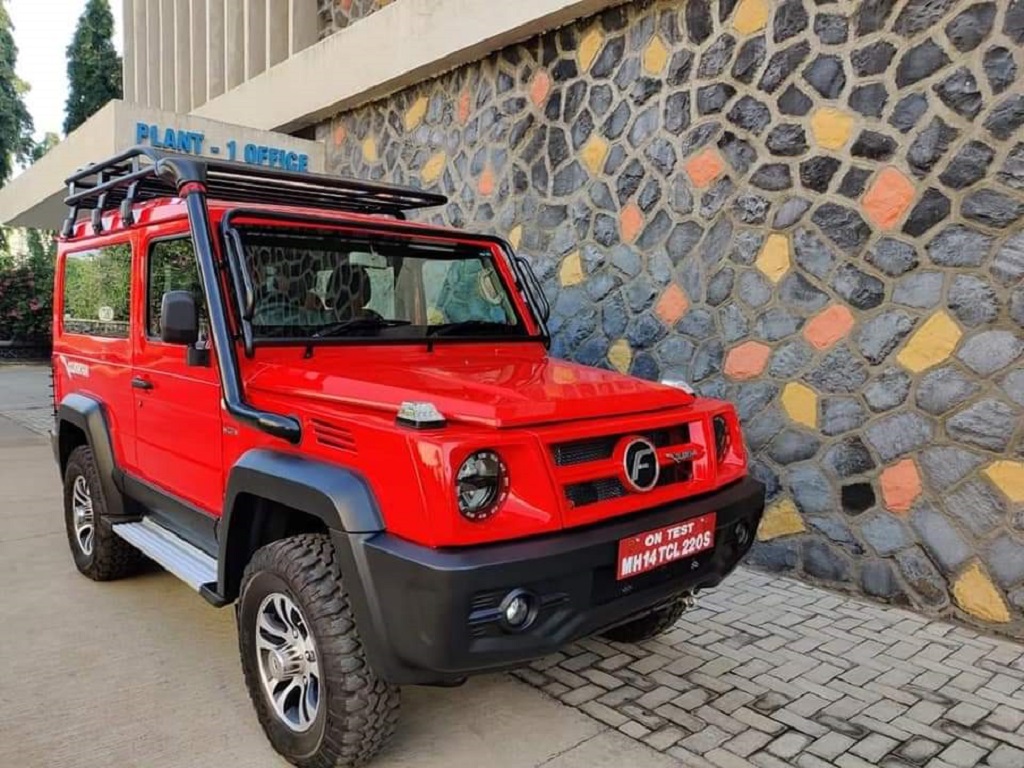 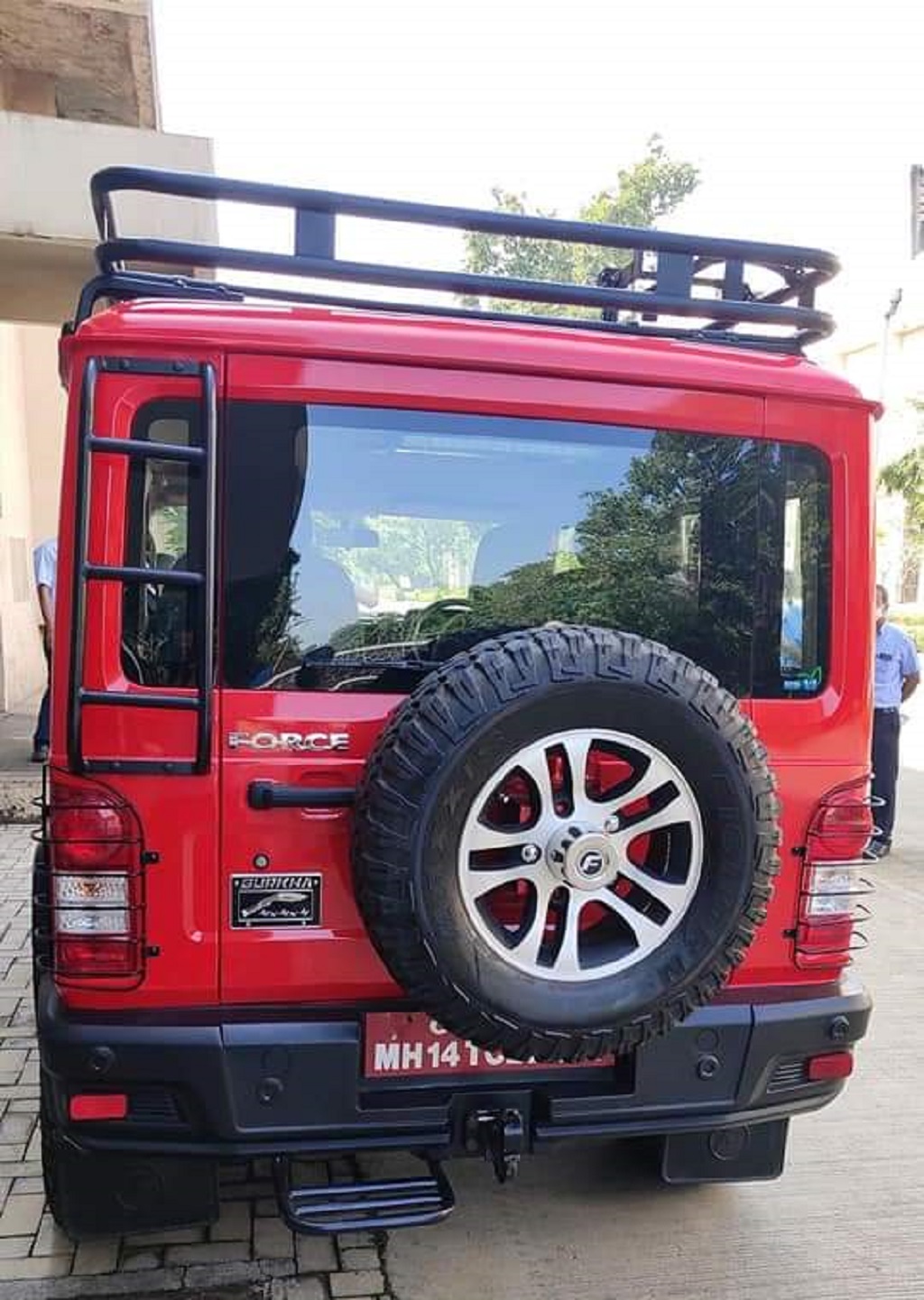 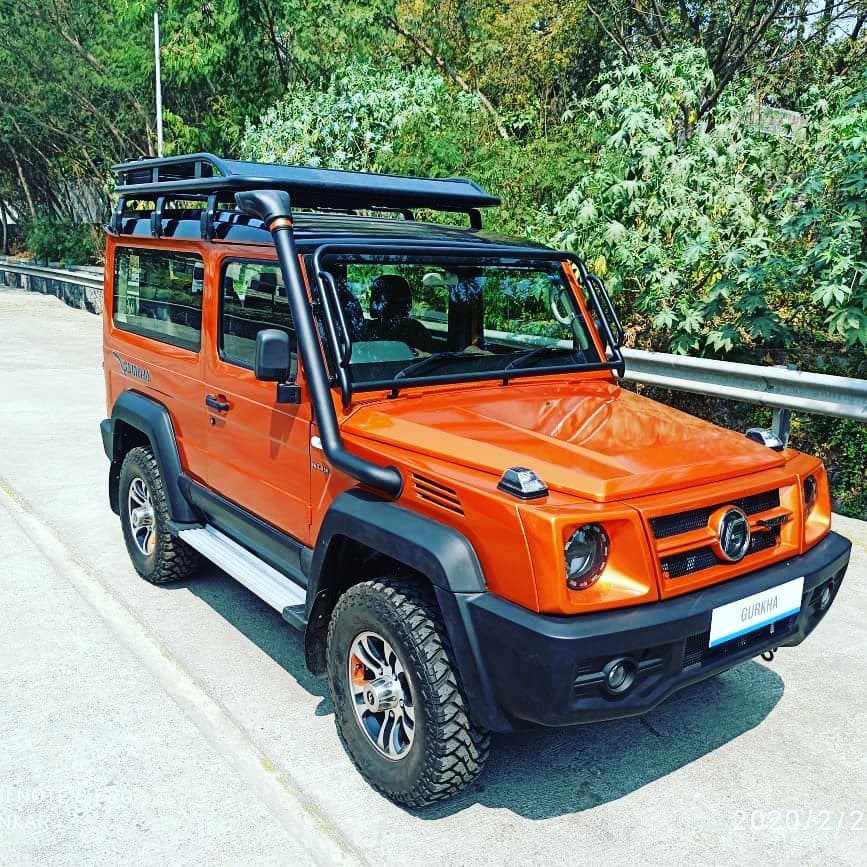 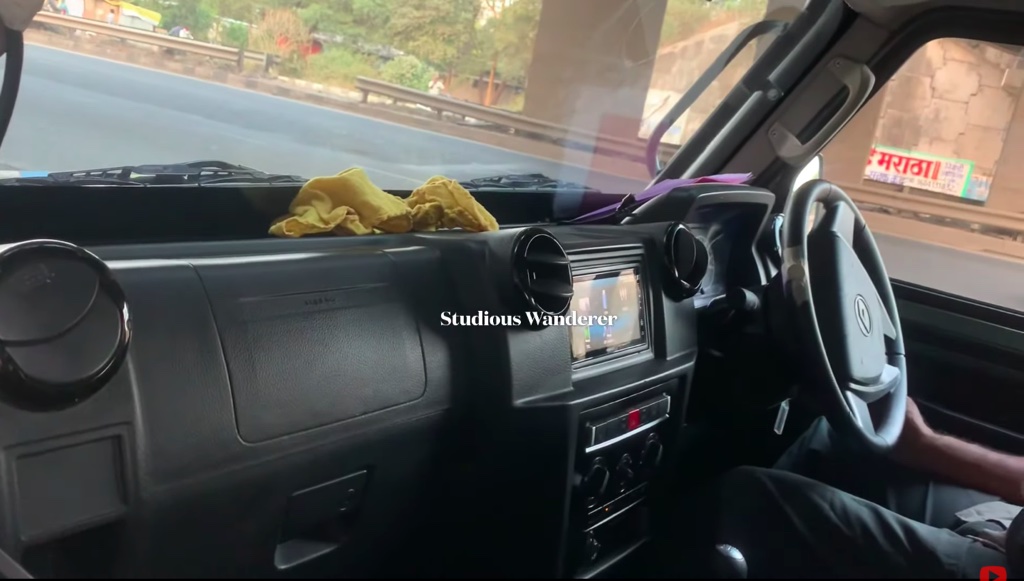 New Force Gurkha details we have till now

The new Force Gurkha SUV maintains the sillhouette and looks similar to the previous model but it is now built on a new ladder frame chassis which has been designed to meet latest crash test and pedestrian safety protection. It still gets the boxy shape and tailgate-mounted spare wheel like the previous one but now gets new bumpers, LED headlights with LED DRLs, new taillights and a new front grille. However, it will have a factory fitted metal solid body unlike fibre roof seen on many off-roaders. And like the previous one the new Gurkha SUV will be offered in 3 and 5-door versions with highly capable 4×4 variant and two-wheels-drive varaints. Like the previous one it will have independent front double-wishbone suspension and a five-link rigid rear-axle with coilovers all around. In terms of off-road capability, the 4×4 variants will have low range, with front and rear axle differential locks.

The most radical changes can be seen on the interior of the new Force Gurkha SUV that will get a redesigned dashboard with dual-tone layout, new instrument cluster with digital MID that gives it a more premium feel. The SUV will also feature a new touchscreen infotainment system. There will also be new tilt and telescopic adjustable steering, dual airbags, ABS with EBD, rear parking sensors and power windows. In terms of seating, the 3-door variant will feature four forward facing seats and a pair of jump seats at the boot area. The 5-door variant will also feature same configuration or a longer pair of jump seats at the boot area. In addition to that Force Motors will also offer customization options for the new Gurkha that will make it more appealing and boost its sale.

In terms of engines, the new Force Gurkha SUV will be powered by the same 2.6L Mercedes OM616 derived CRDI diesel engine but in BS6 guise that powered the previous model. The engine made 90hp and 260Nm of torque in the previous model and is expected to make the same power in the upcoming Gurkha. It will be matted to a 5-speed manual gearbox as standard. There will be low range gear with locking differential for both front and rear. The transfercase will also provide options of 4x2high, 4x4high or 4x4low. A more powerful and offroad capable version of the Gurkha called the “Gurkha Extreme” is also expected to come later, this one will be powered by a 2.2L Mercedes OM611 derived engine that makes 140Hp and 321Nm of torque. The gearbox and transfercase will be similar to the less powerful Gurkha.

The new Force Gurkha was scheduled to lanch in mid-2020 but due to COVID-19 pandemic the launch was postponed and no further dates were released. But the SUV was seen several times testing and sources even says that some have arrived at the dealers. This means the Gurkha is now expected to get launch in coming months and Force is expected to price it in the range of Rs 10-12 Lakhs (ex-showroom) to keep it competivite to its rivals. Once launched like before it will rivals up against other lader-on-frame offroaders like the new Mahindra Thar and the uncoming 5-door Suzuki Jimny SUV.

Wed Jul 14 , 2021
Spread the love Post Views: 306 The Hyundai Elantra N has been finally revealed by the Korean carmaker, it is a performance oriented version of the Elantra along with its practicality. The Hyundai Elantra N shares most of its underpinnings with the Hyundai i30 N hot-hatch and in many coutries like […] 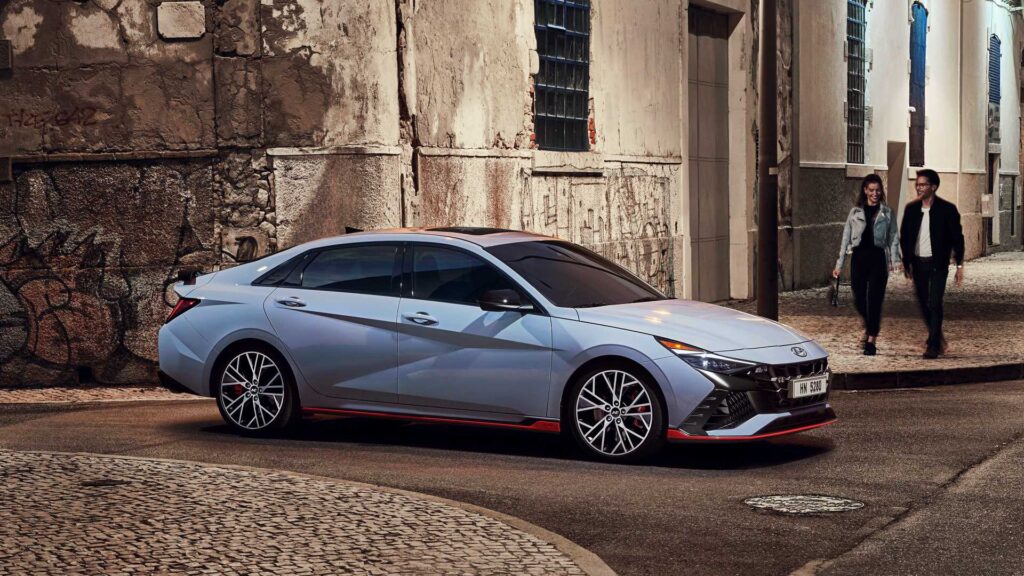