Upcoming Mahindra XUV700 will be launched in October this year and it is expected to debut with various segment-first and class-leading features and now we know about its powertrain details. The successor to the Mahindra XUV500, the new Mahindra XUV700 will be a three-row SUV and will debut the most powerful petrol and diesel engines in the segment along with more technology and features.

As we have mentioned in our previous article, the XUV700 will be offered with two engine options, a 2.0-litre turbo petrol engine or a 2.2-litre turbo diesel, but back then we didn’t know about its exact power output. And now from sources we have the information for you that says the 2.0L, 4-cyl turbocharged petrol engine will have 200Hp, which makes it the most powerful version of Mahindra’s ‘mStallion’ 2.0-litre turbo petrol. It first made its debut in the new Thar where it had an output of 150Hp and 300Nm of torque in the manual version.

The new ‘mStallion’ petrol engine from Mahindra that was first showcased at Auto Expo 2020 uses an all-aluminium block and, in this particular engine and 350 bar direct injection. In the XUV700 it will come mated to either a six-speed manual gearbox or an Aisin-sourced six-speed torque converter automatic.

With an output of 200HP, the 2.0L mStallion engine in the XUV700 will be the most powerful petrol engine in the segment, where the recently launched Hyundai Alcazar with a 2.0L naturally aspirated petrol engine makes 159HP and the MG Hector Plus uses a 1.5L turbo petrol that makes 143Hp. While the Tata Safari does not get any petrol engine option.

When it comes to diesel engine, the XUV700 will be powered by an updated Mahindra’s 2.2-litre mHawk diesel engine, and will have an output of 185HP. This is also class-leading and makes the XU700 diesel very powerful than the Hyundai Alcazar 1.5L diesel that makes only 115HP and while the Hector Plus and the Safari uses the same Fiat-sourced 170HP 2.0L diesel engine.

The new Mahindra XUV700 will features all-new design language that will be visually more sporty and modern but will still be carrying design cues from its predecessor the XUV500. Design elements will include a new grille, new C-shaped LED headlights with sleek LED DRLs and sporty LED tail-lights, sporty bumpers and large wheels. The SUV is also expected to come with segment-first flush door handles that will give it a much clean look.

Some of the segment-first features that we will get to see are a dual-screen infotainment and instrumentation system, ADAS sensor-based driver aids, long-range adaptive headlights and the biggest in class panoramic sunroof to name a few. There will be also options for different materials for the interior which customers can choose from. While it will be offered with a three-row seating layout– six and seven seats at launch, while the five-seater option to come out later.

The Mahindra XUV700 is one of the most important launches for Mahindra in 2021. The new three-row SUV is likely to make its world debut around the end of July and booking are expected to start by August with launch and price announcement by October.

Thu Jul 1 , 2021
Spread the love Post Views: 391 The 2021 Volkswagen Polo GTI facelift is revealed for the global market and it gets fresh styling with more technology and equipment on offer all influenced by the larger Golf. However, powered by the same VWs 204HP 2.0L turbocharged petrol engine.      2021 […] 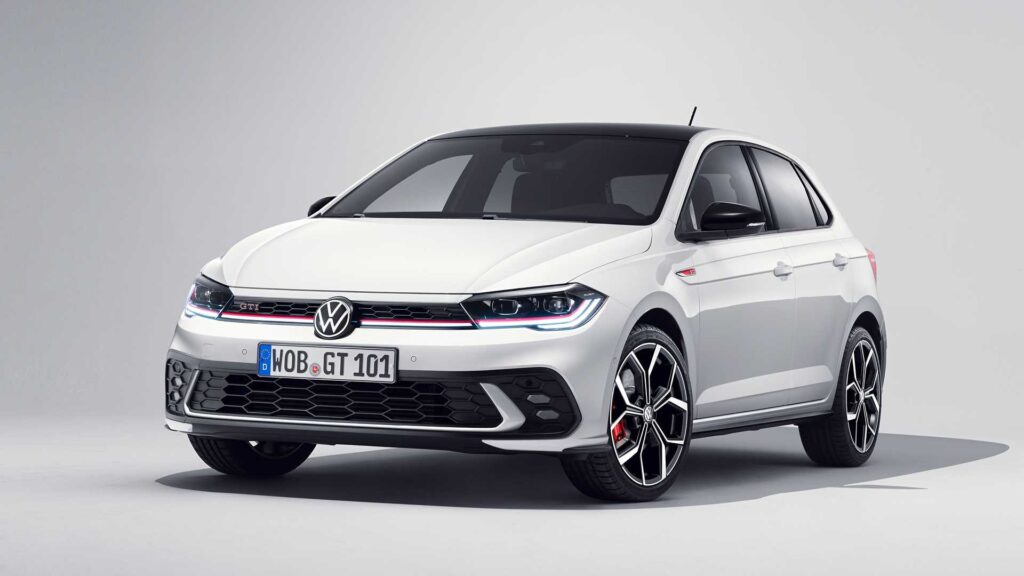