Mahindra has been testing their upcoming flagship offering the Mahindra XUV700 SUV for the last few months and has also teased many videos showing the features that will be offered with the XUV700 among which most of them are segment first. Slated to be launched in the coming months, for the first time the undisguised images of the 2021 Mahindra XUV700 have surfaced online and all credit goes to XUV700 Modified. 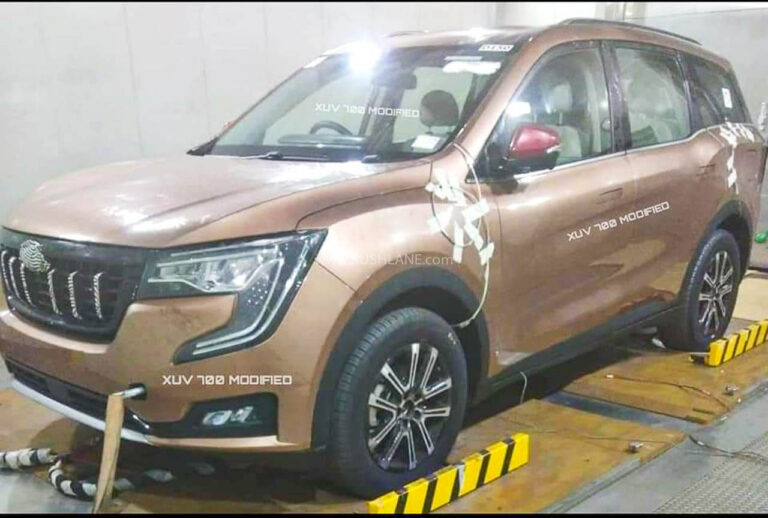 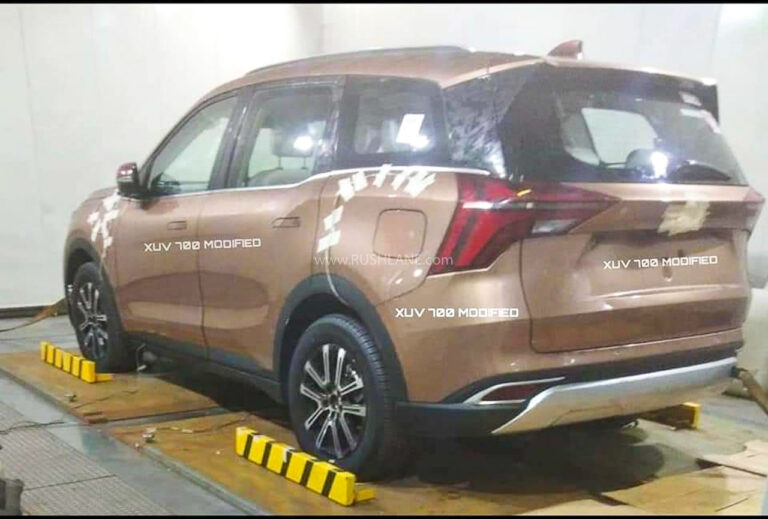 The upcoming Mahindra XUV700 SUV will be offered as a premium SUV and Mahindra’s flagship model in the line-up when it will be launched. It will be built on the W601 platform will feature a totally new exterior and interior design and styling. Mahindra has already teased most of its features in the videos over social media and most of the features are first in the segment. The XUV700 like other rivals in the segment will be offered in 6 and 7 seater configurations. From the images above which looks like a pre-production model, when we look into the exterior styling we can see that the XUV700 SUV front end will come with a new chrome front grille with seven slats, new C shaped all LED headlights along with DRLs. The front bumper will also feature LED foglights and faux skid plate. The sides carry the XUV500’s line to keep the DNA, there are blacked out B-pillars roof rails and new larger alloy wheels which mostly should be 18 inch wheels. The latest spy shots also clearly showcases the rear design which now looks wider and gets large wraparound LED taillights. There is also a rear spoiler, a shark fin antenna, and the rear bumper also features skid plate. However, there are no visible twin exhaust tips like the ones on the current XUV500. Cosidering the above car a pre-production model, we have to wait till the official reveal of the XUV700 by Mahindra. However, since it’s the replacement of the XUV500, the XUV700 SUV will sport bigger dimensions and a longer wheelbase to increase interior space.

In terms of interior styling, not much is know but Mahindra has teased enough about the features and tech which it is going to offer on the XUV700 SUV. The dashboard will feature twin screens, one as the digital instrument cluster and other as the infotainment screen and navigation. The infotainment system will feature Mahindra’s new system called the AdrenoX which will come will inbuilt features like connected car tech and segment first Alexa in-built. It will also get Sony 3D audio system and inbuilt Navigation with an e-sim. Other interior creature comfort includes ambient lighting, dual-zone climate control, air-purifier, dual-tone interior with soft touch materials, leatherette materials for the seats and leather-wrapped flat bottom steering wheel, and largest in the segment panoramic sunroof to name a few.

Mahindra has also loaded the XUV700 SUV with loads of safety features like we have mentioned before. Some of the Safety equipment it will feature are Advance Driver Assistance System (ADAS) with 6 airbags, Adaptive and automatic LED headlights, adaptive cruise control, autonomous parking assistance, ABS with EBD and emergency braking, lane departure warning, ISOFIX child seat mounts to name a few.

Like we mentioned before the Mahindra XUV700 will be offered with both petrol and diesel engine options and the most powerful engines in the segment. The petrol unit will be the mStallion 2.0L, 4-cyl turbocharged petrol engine which will make 200HP of peak power and the diesel unit is the trusted mHawk 2.2L, 4-cyl turbo diesel unit that will make 185HP which will also be class-leading. In terms o transmissions, both the engines will get the option of either a 6-speed manual and a 6-speed torque converter automatic which will drive the front wheels. An all-wheel-drive system will also be offered in the top-spec models.

Fri Aug 6 , 2021
Spread the love Post Views: 297 The Border Roads Organisation (BRO) of India has again constructed a new road which now hold the title for the highest motorable road in the world at Umling La Pass of Eastern Ladakh, its much more higher than Khardung La which earlier was the […] 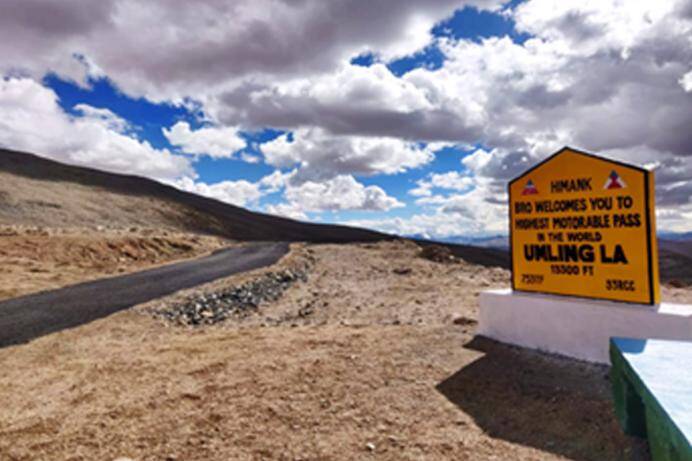