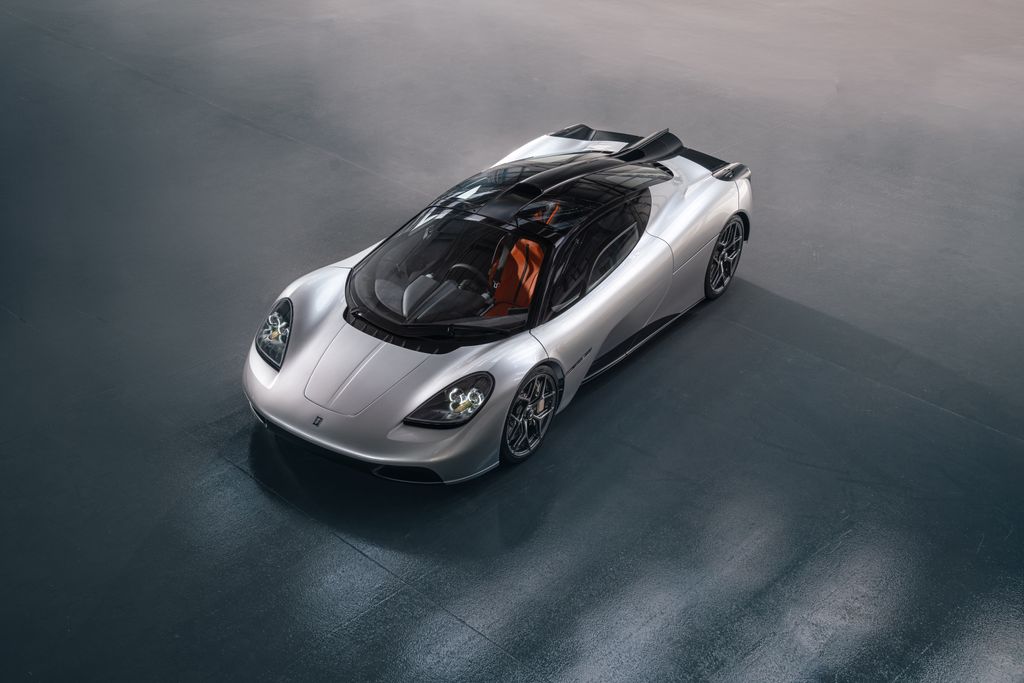 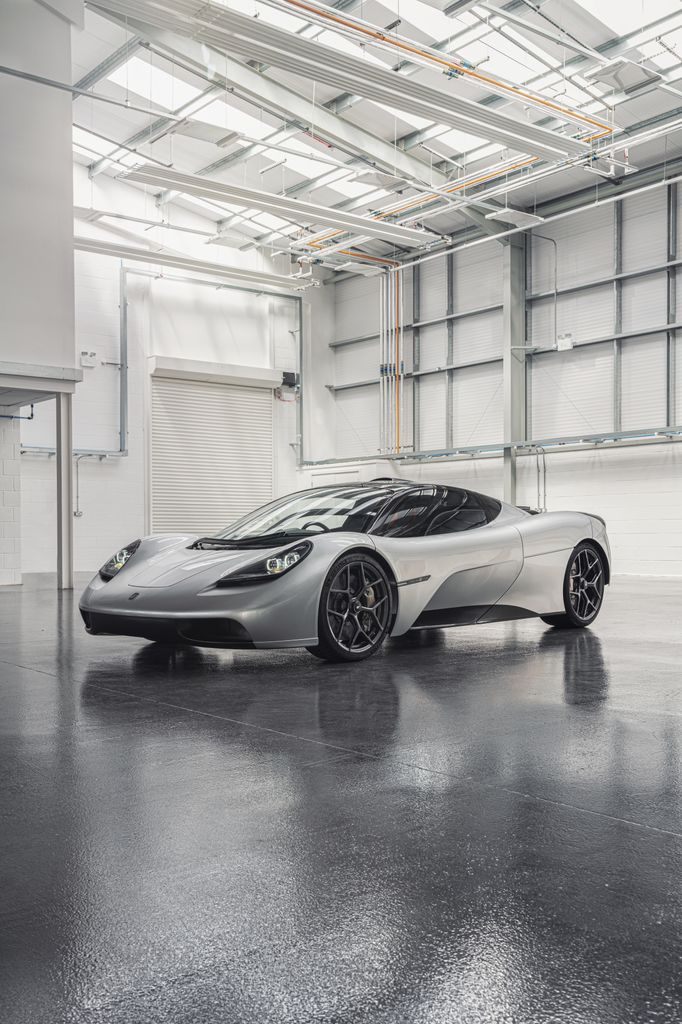 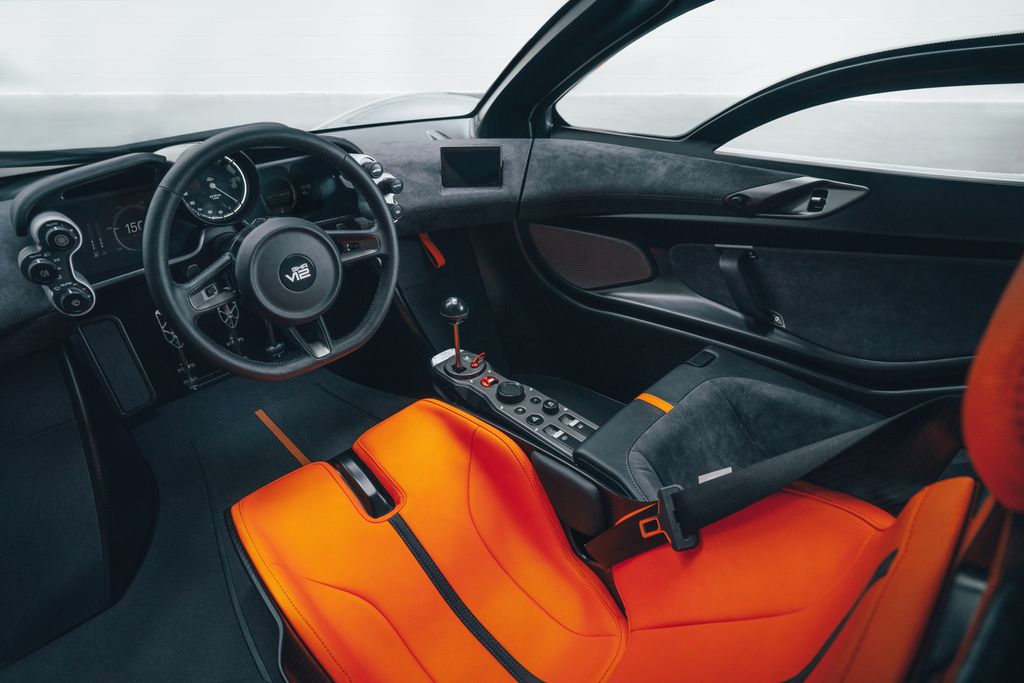 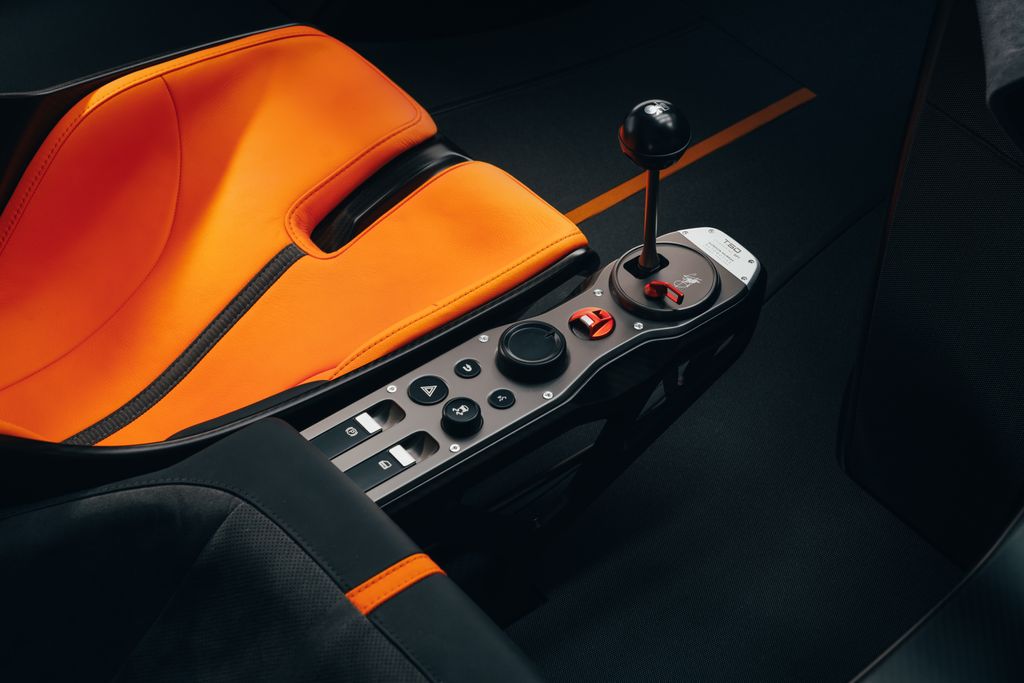 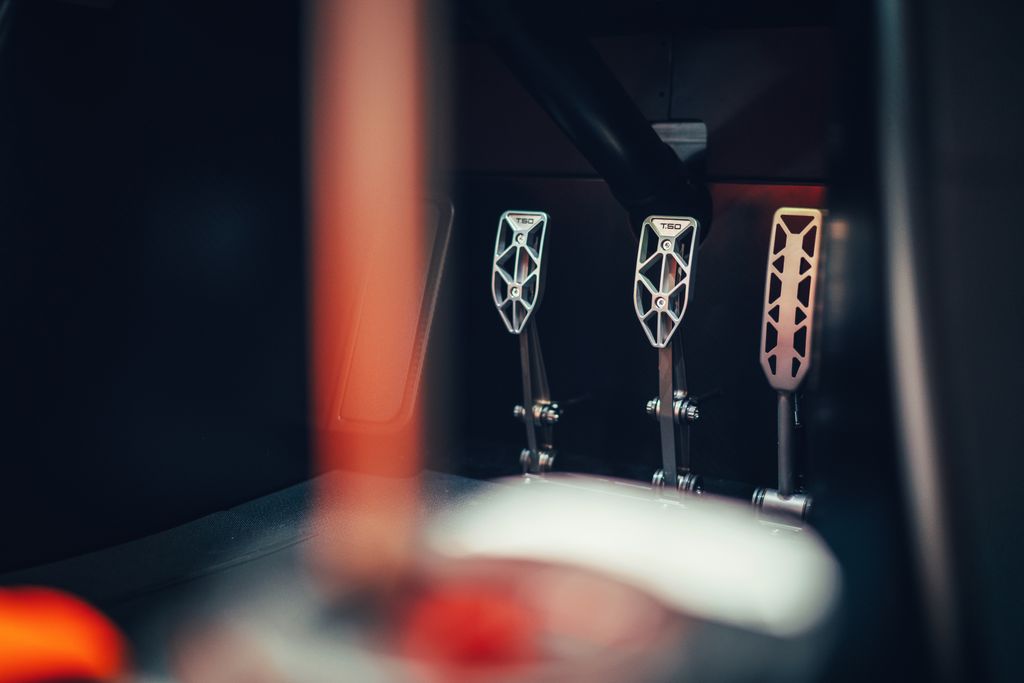 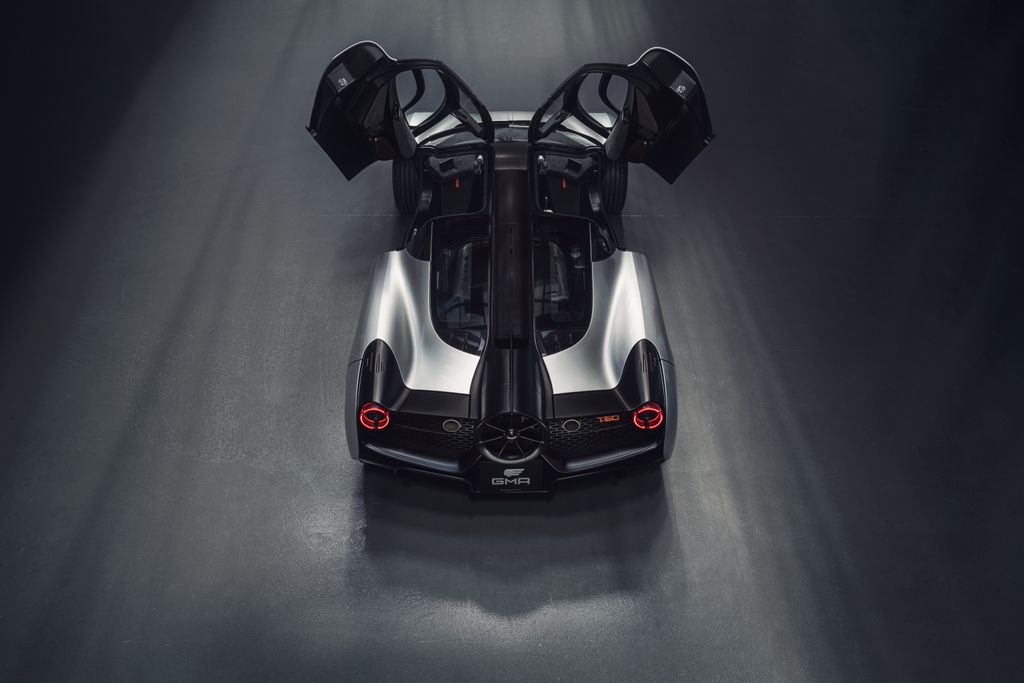 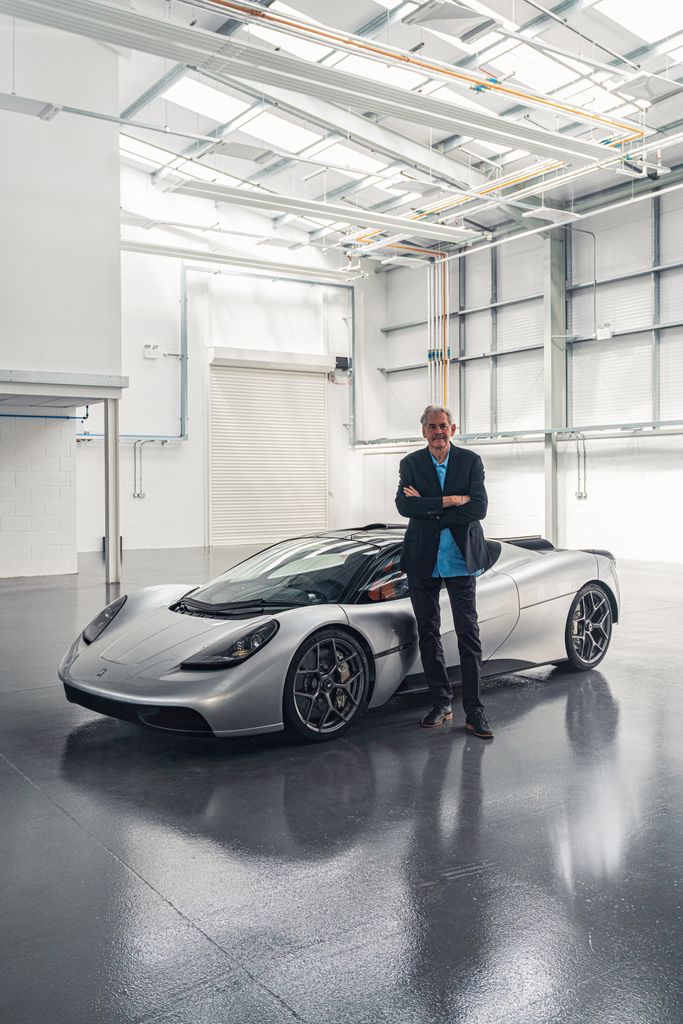 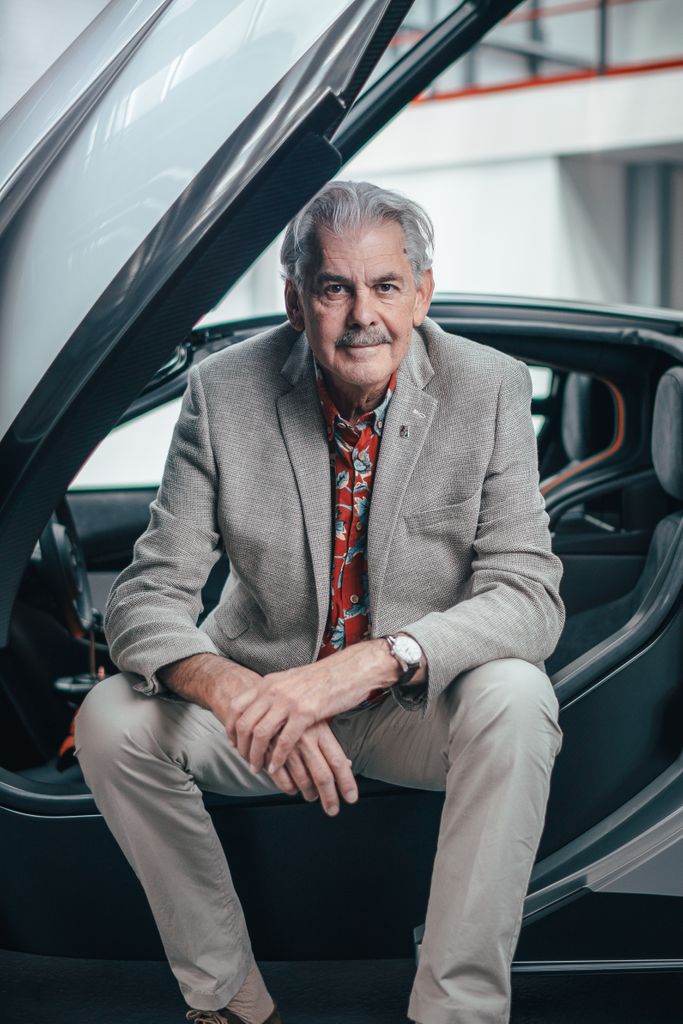 Gordon Murray Automotive has officially unveiled its T.50 hypercar on August 4 2020 which is the original successor to the iconic McLaren F1. Read on to know more.

The three-seat layout hypercars don’t along that often but with the last two years have given us two cars which share the same ideology as the “McLaren F1”. One being the McLaren’s own Speedtail with 1035HP is a hybrid hypercar that is heavier than its predecessor but is faster and already sold out all its 106 units despite carrying a price tag of $2.1 million each.

And now we have the Gordon Murray Automotive T.50 which is designed by legendary designer and engineer Gordon Murray himself who created the iconic McLaren F1 and many more. According to Gordon Murray, the T.50 is “the purest, lightest and most-driver focused supercar ever built” and when we see the spec sheet the T.50 surely looks like one hell of a car. Called the T.50 because its the 50th car designed by Murray in his career.

The GMA T.50 is a total in house designed car with Gordon Murray himself leading the team. The exterior styling is inspired by McLaren F1 supercar- like the compact size, arrow-like front, head scoop, ticket-windows and butterfly doors.

The most distinctive feature of T.50 is the rear 400mm fan that is inspired from the ’90s ground effect Grand-Prix racing machine the Brabham BT46B introduced in the 1978 Formula 1 season which was designed by Murray himself.

Unlike the McLaren F1, the GMA T.50 features active aerodynamic elements like two rear flaps, large diffuser along with a fan and dynamic aerofoils. The fan is powered by a 48V electrical system and it develops downforce by rapidly accelerating the flow of air under the car creating a longtail effect. This helped them to eliminate a large rear wing and keep the car sleek as possible.

As claimed by Murray himself when all these works together provide the car 50 percent more downforce, a 13 percent reduction in drag and also decreases the braking distance. These figures were never seen on a road car and are industry-first making the T.50 and extreme Hypercar.

The Gordon Murray T.50 hypercar will have 6 aerodynamic modes of which Braking and Auto modes will working automatically depending on the car’s speed and driver’s input. The other modes are- High Downforce, Vmax, Streamline and Test can be selected according to ones driving preference.

High Downforce explains for itself while the Streamline and Vmax are kind of similar where the Streamline mode makes the car more aerodynamic with a “virtual long tail” effect by running the fan at full speed and closing the flaps at top and bottom. Vmax mode runs the 30HP starter motor integrated to the V12’s crankshaft boasting the power output for an additional 3 minutes. At speed over 214kmph the roof scoop creates ram induction effect boasting the V12 power to a staggering 700HP.

The T.50 as claimed by the man himself weighs just 980kgs and is only two-third of any other modern hypercar’s weight. All this was achieved by using high-quality exotic materials wherever possible. The carbon tub chassis weighs just 150kgs with all the panels in panels in place. Every single nut, bolts and other essential things used to hold the car are specifically designed keeping in mind the extreme weight reduction factor.

The gearbox that is mounted transversely is a 6-speed manual unit that is made by Xtrac and designed with a new thin-wall casting technique that makes it 10kg lighter than the featherweight gearbox used by the F1.

The T.50’s Cosworth-built V12 engine as said by Murray himself is one of the greatest internal combustion engine ever fitted to a supercar. And it surely does by leaving even Ferrari and AMG behind with the kind of response it offers. The motor weighs a 178kg i.e 60kg less than the F1’s BMW engine, and makes 654 horsepower, and has a 12,100 rpm redline. This new V12 is capable of adding 28,400 revs a second with no load and that is something no road car engine has achieved till now.

If all these factors are considered than the T.50 would have a power-to-weight ratio of 1.5kg per horsepower available that would make it blimey fast.

How Exclusive and Price of T.50

Only 100 super exclusive road cars will be made that will carry a price tag of £2.36 million without taxes(Rs23.1crores). Most of the cars have already been booked by supercar lovers around the world with a sum of around £600,000 (Rs 5.88 crores) and an additional £750,000 is due when the cars will be fully specified while the balance will be cleared upon delivery.

25 track-only versions will also follow in a later period. While all the 100 road cars will be delivered by early 2022.

Manufacturer of T.50 and Deliveries

The T.50 will be built by Gordon Murray Automotive, which was launched by Murray when this car was declared back in 2017 besides having Gordon Murray Design company. All the cars will be built at the Surrey factory in the UK where manufacturing will start late next year.

The first T.50 will roll out of the factory by January 2022 and the whole batch of the car will be completed within the same year.

New Mahindra Thar to be Unveiled on August 15 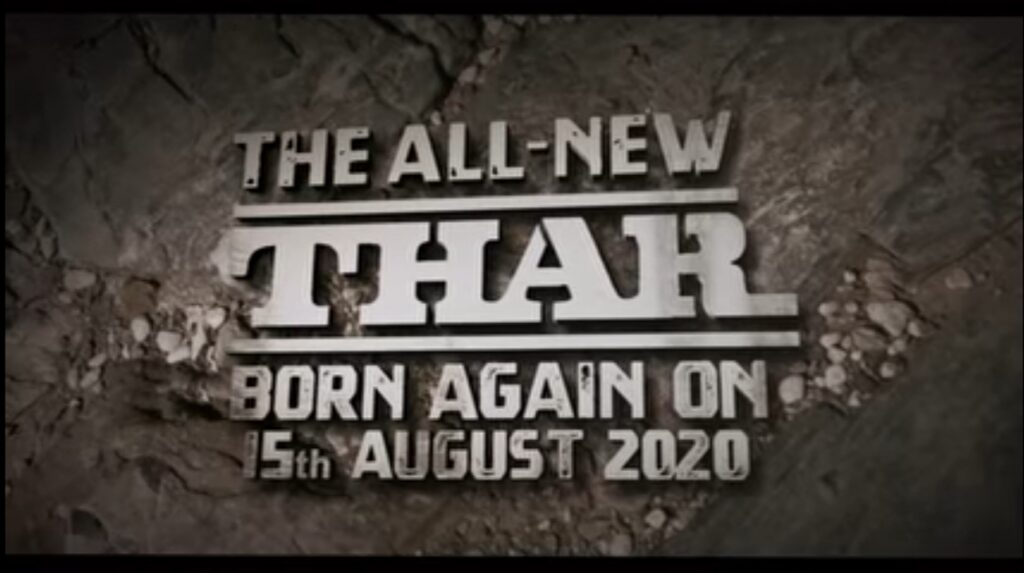