Ferrari has unveiled its latest supercar called the Ferrari 296 GTB that gets a twin-turbo V6 engine with plug-in hybrid technology for the first time. The 296 GTB features an all-new Ferrari design scheme, and the hybrid powertrain produces a combined output of 818HP and 740Nm of torque that drives the rear wheels. 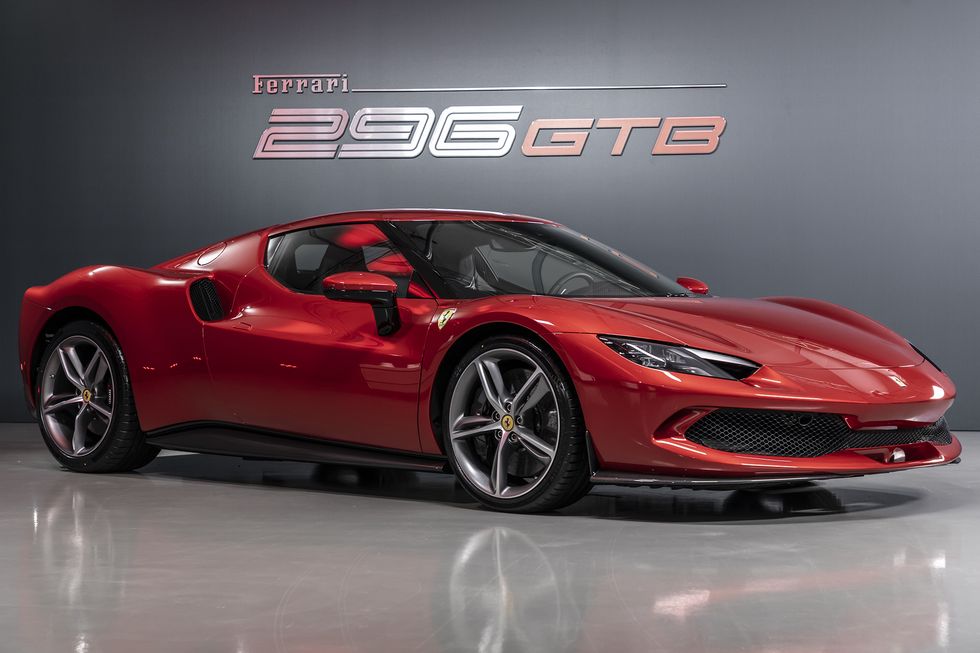 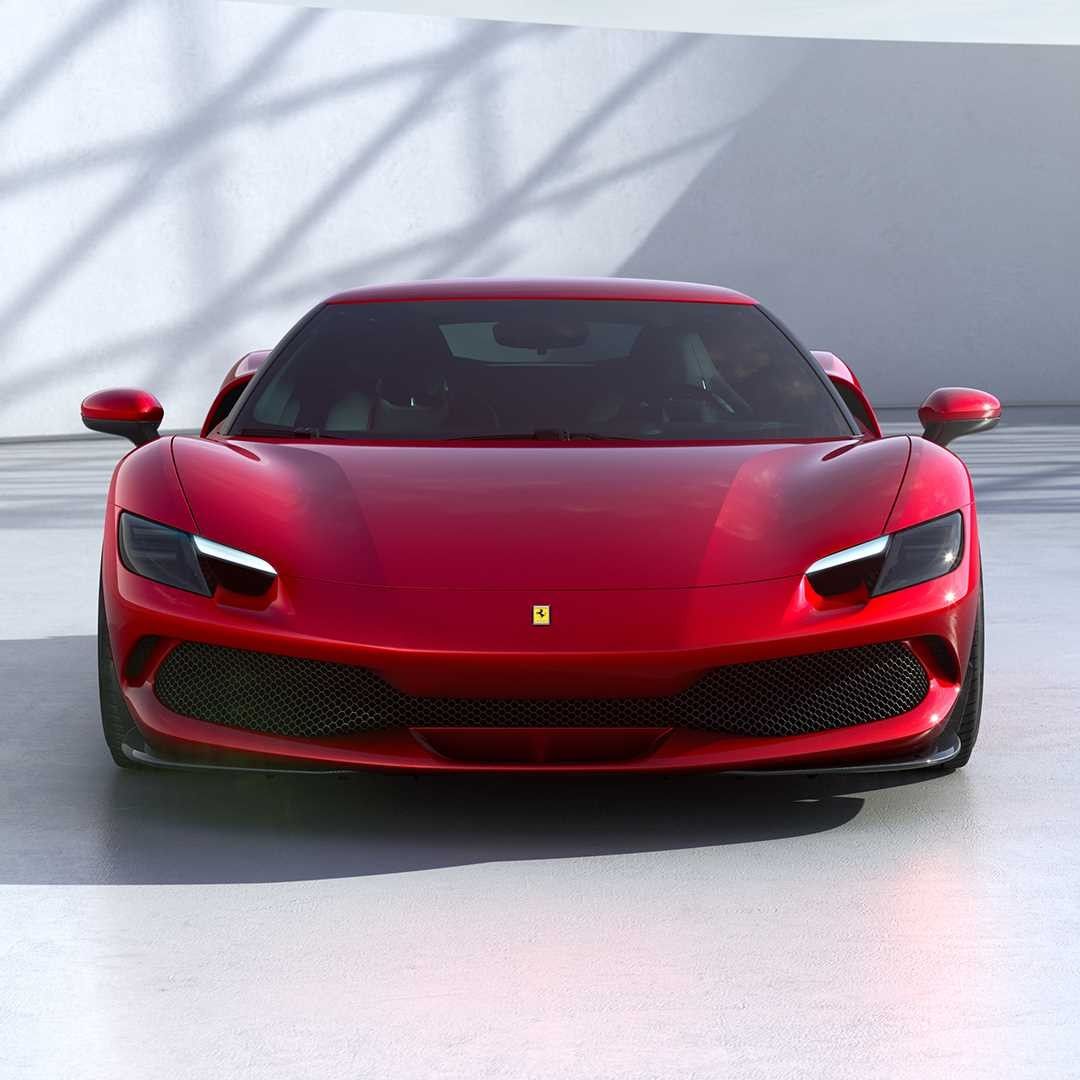 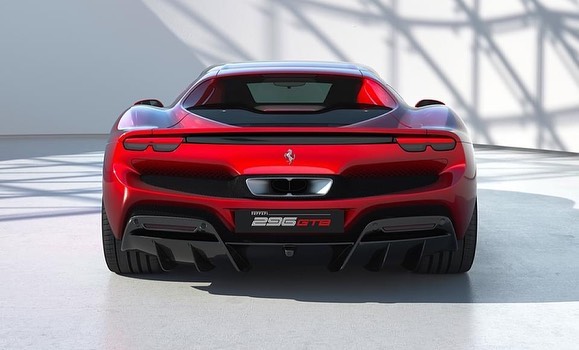 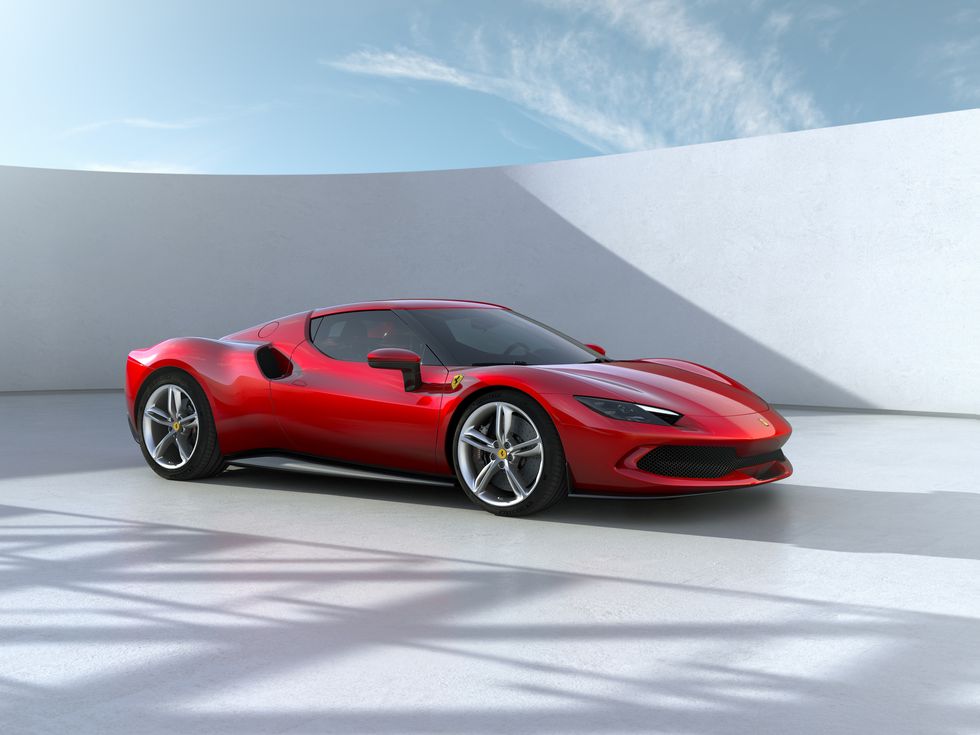 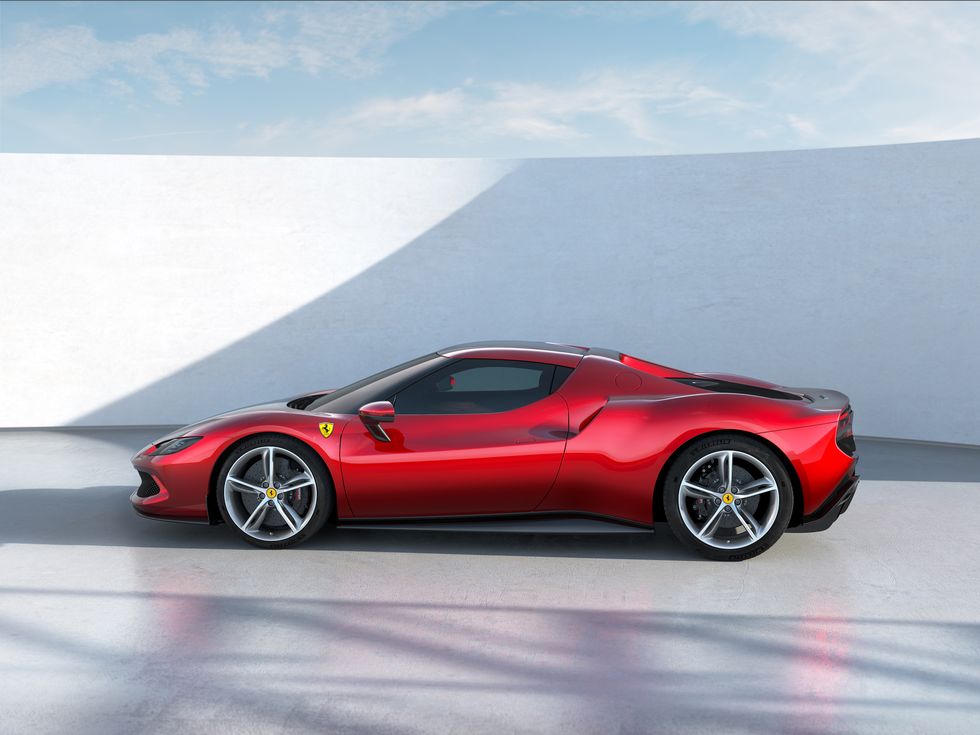 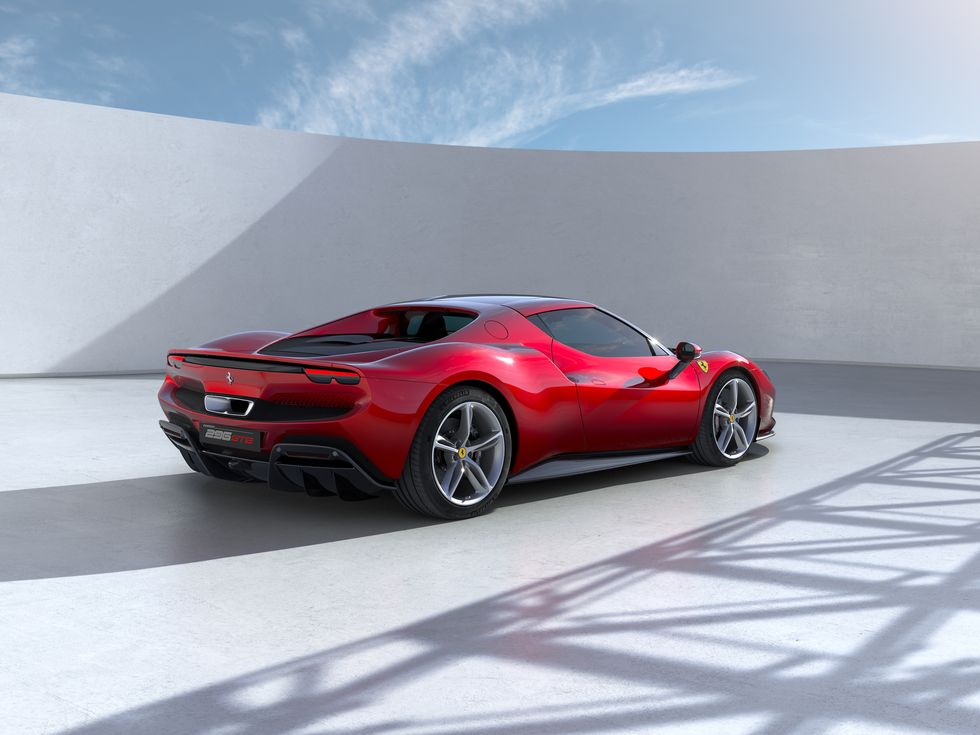 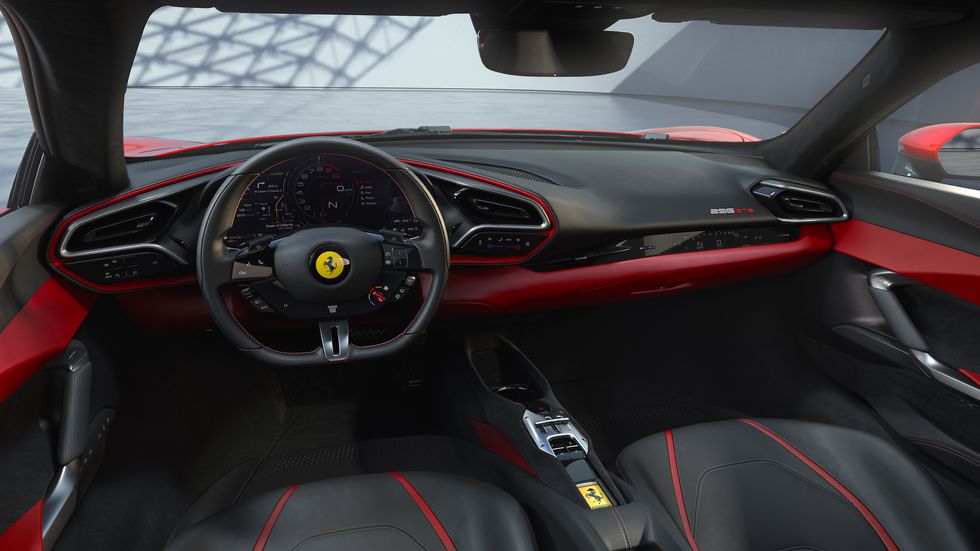 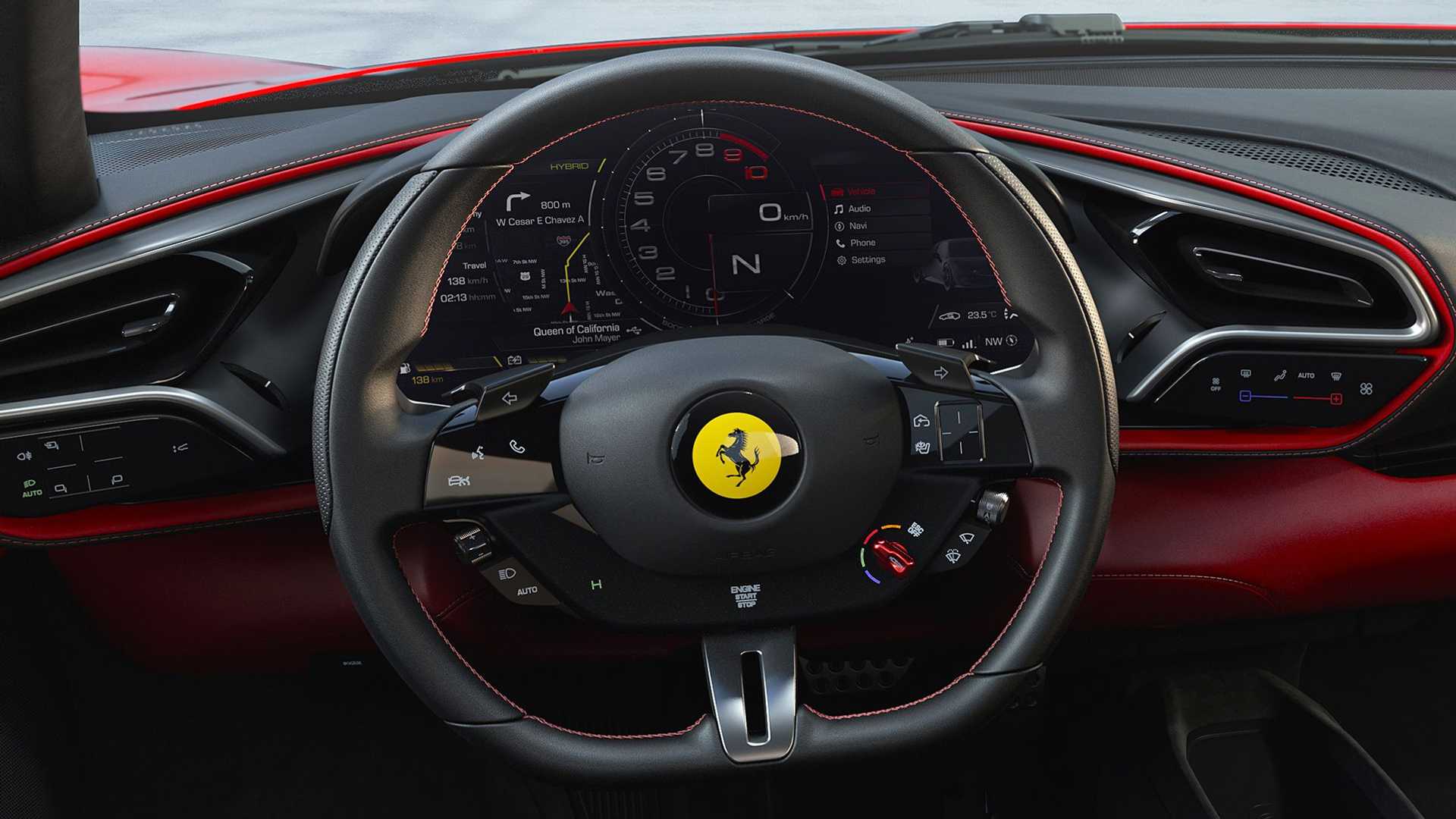 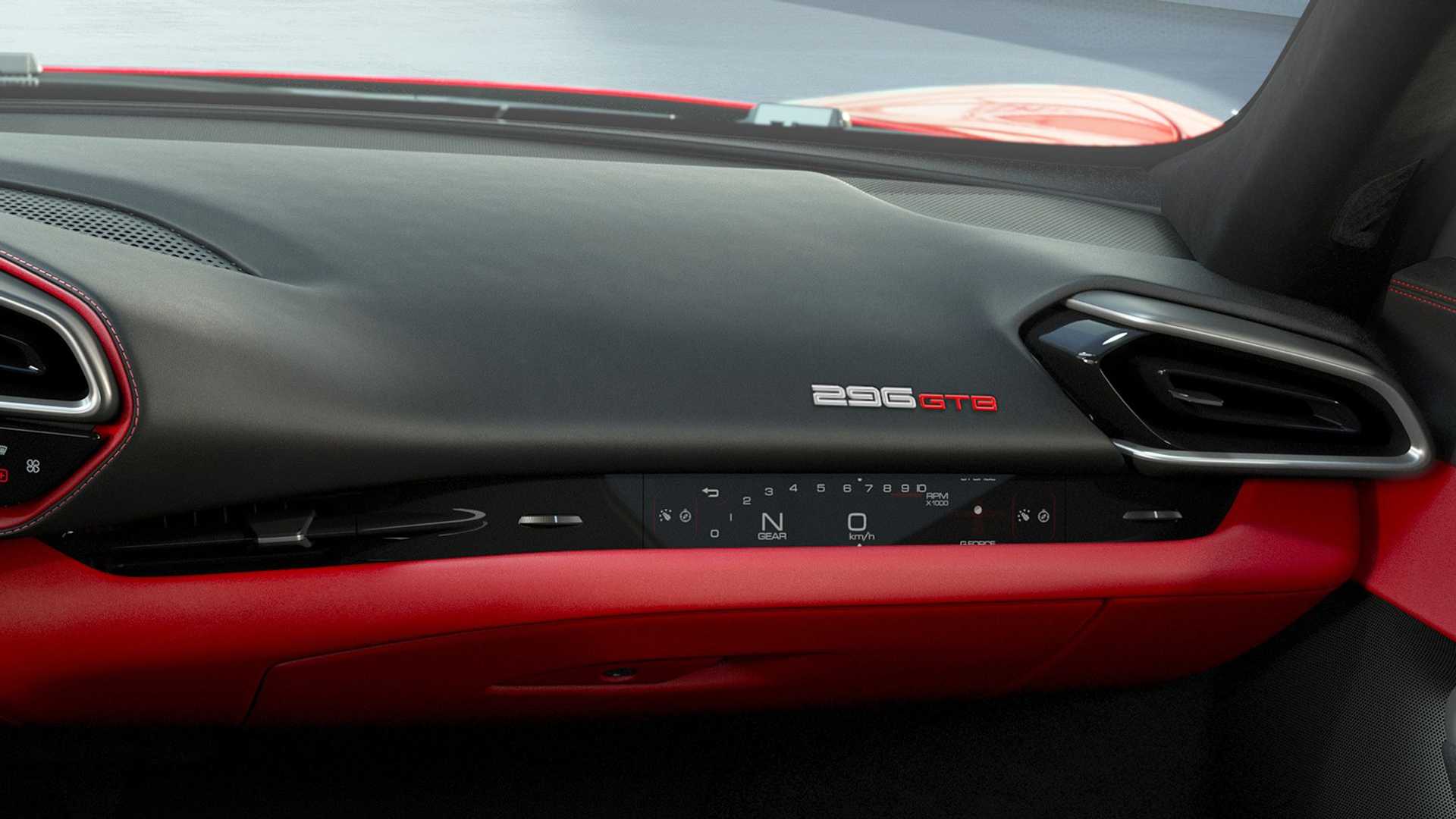 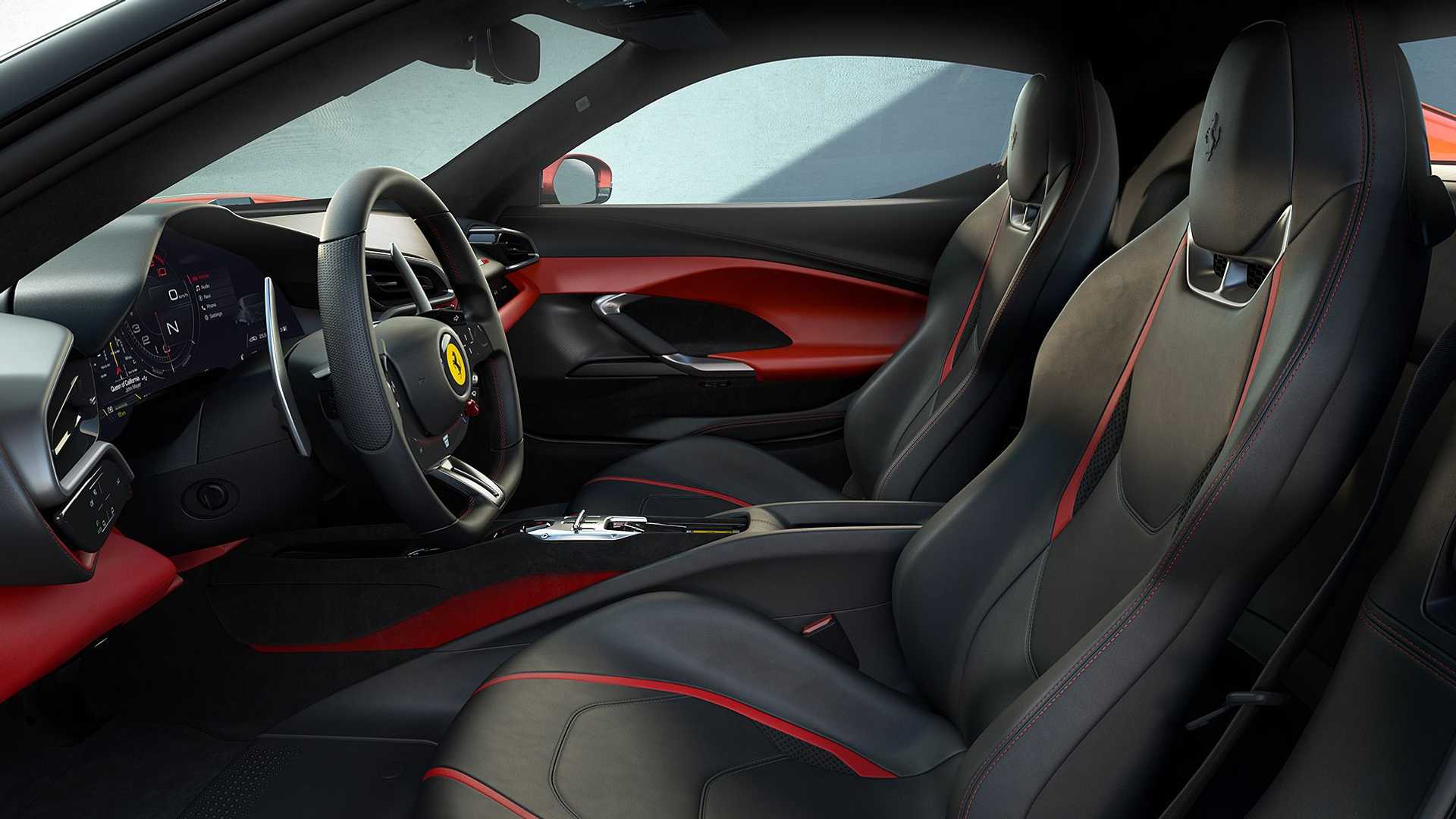 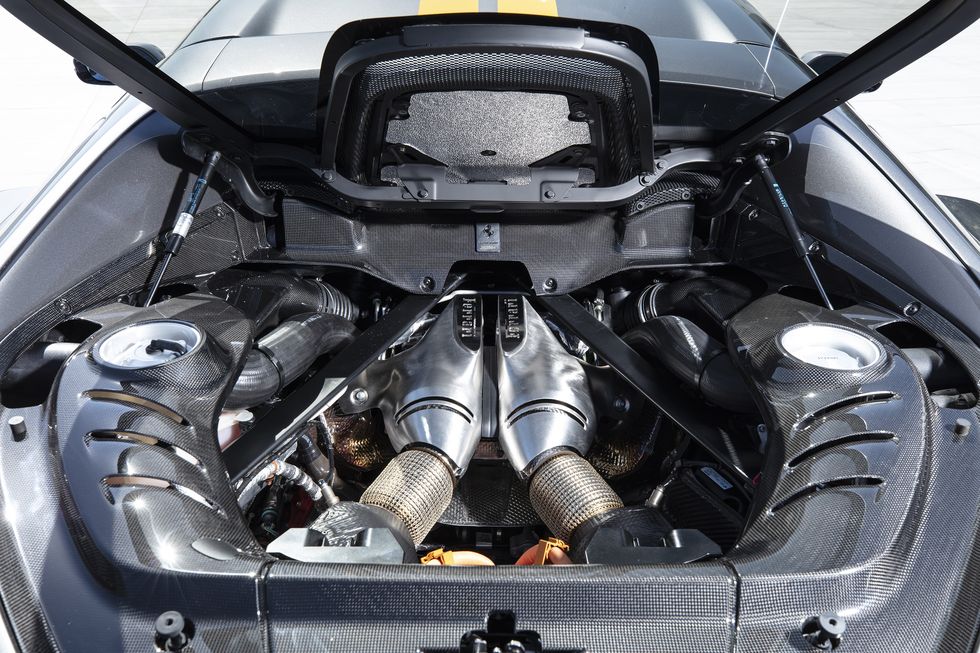 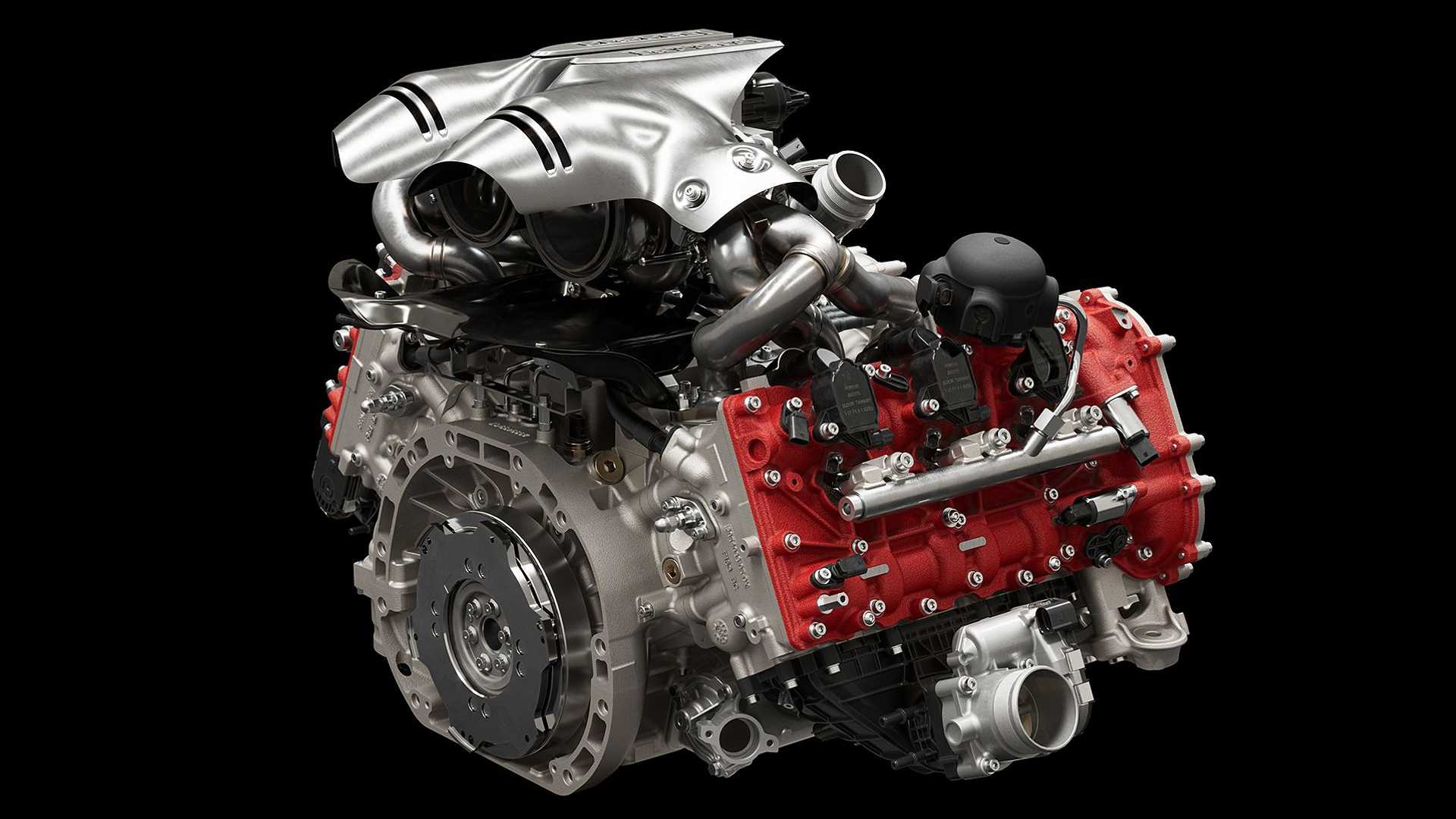 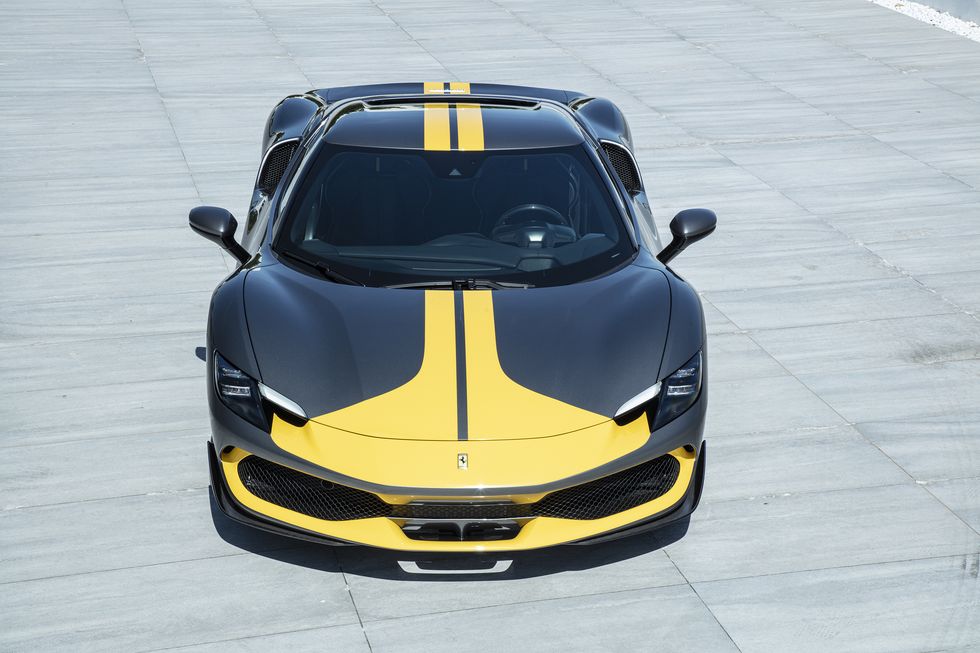 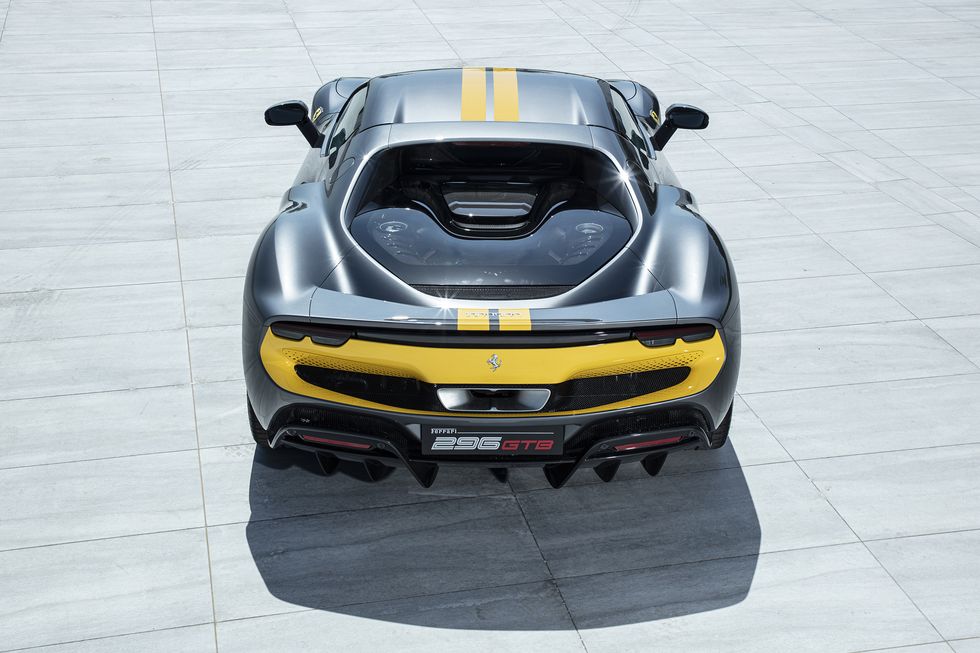 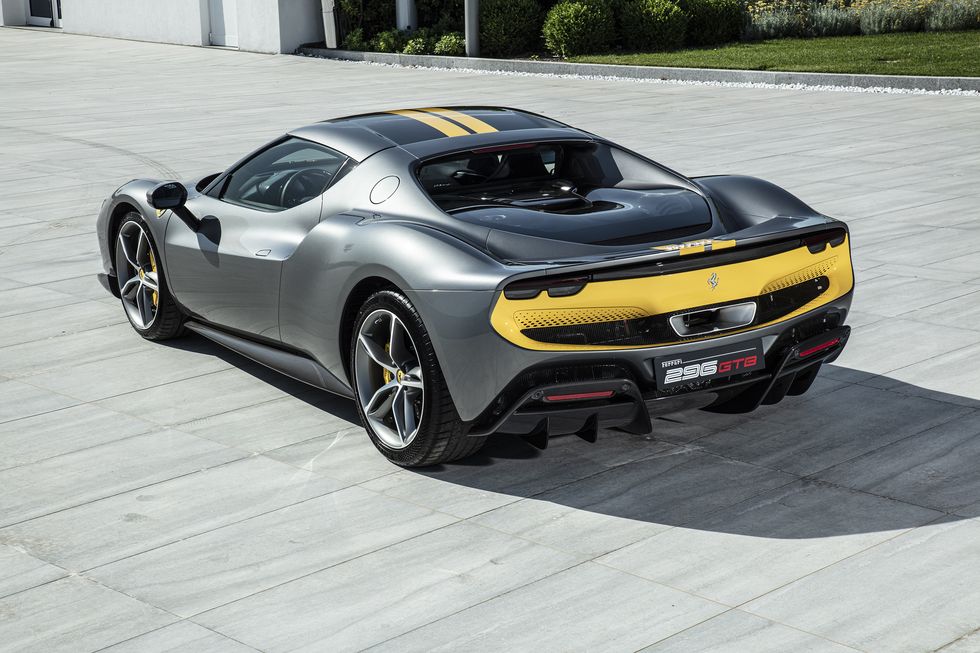 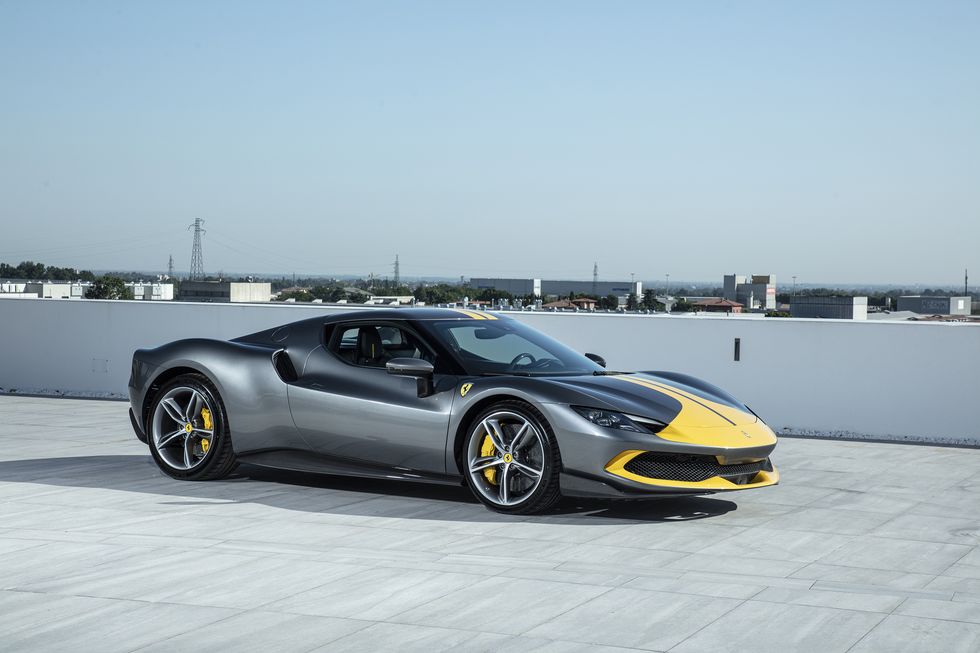 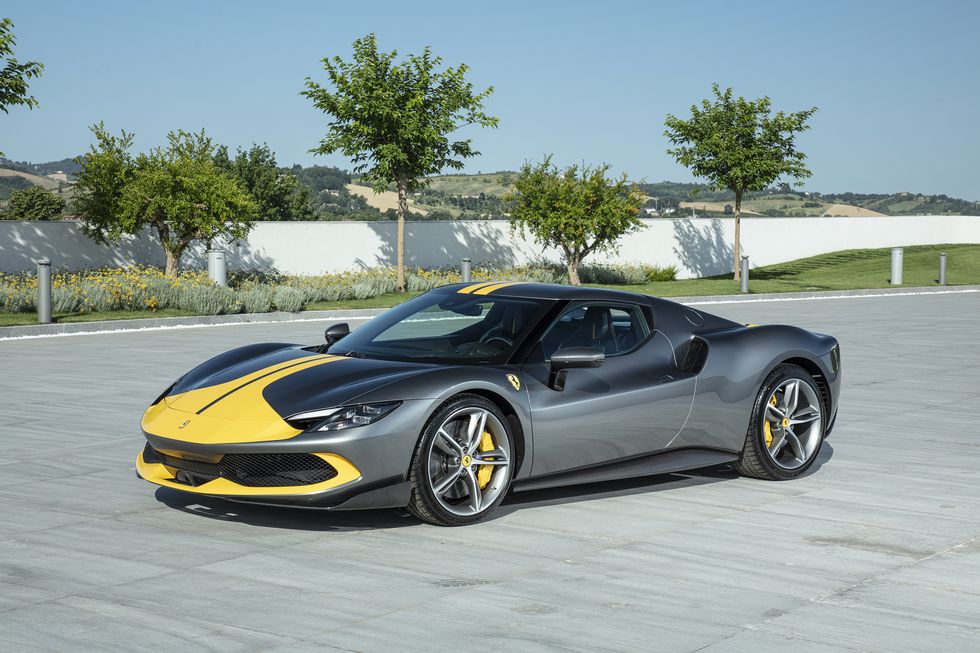 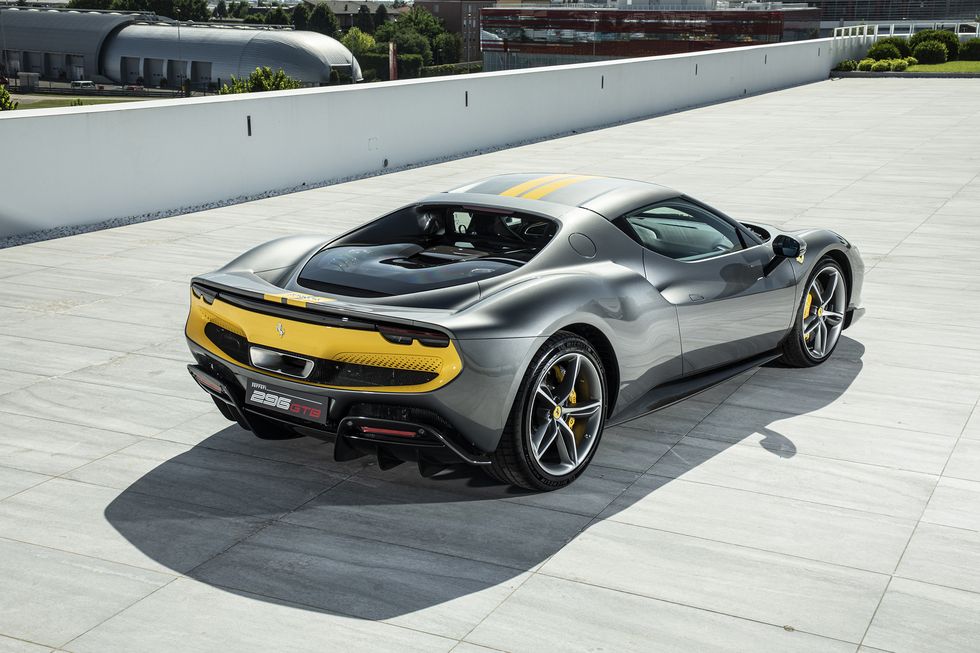 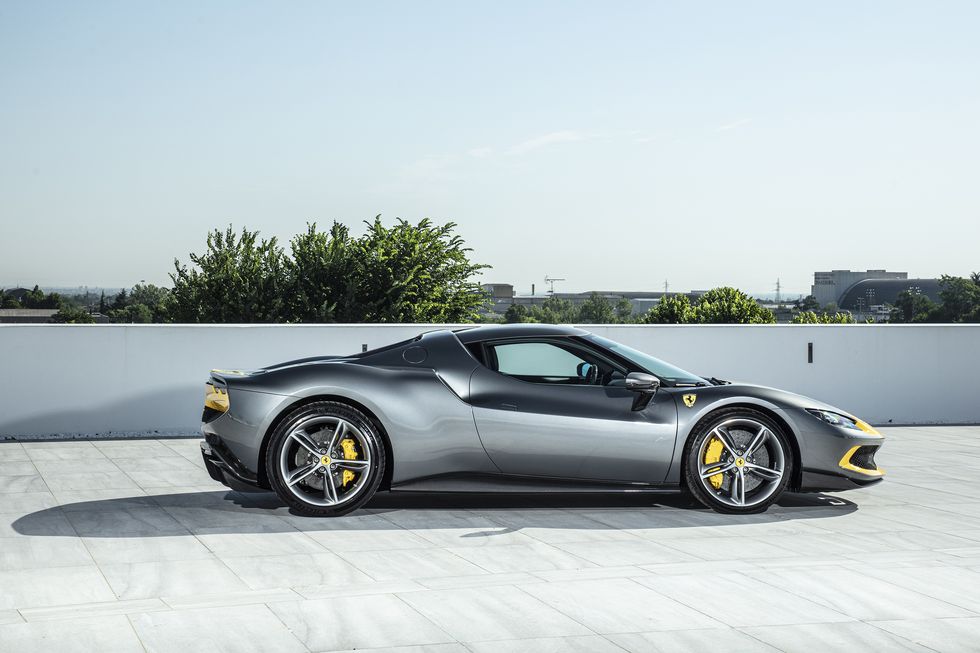 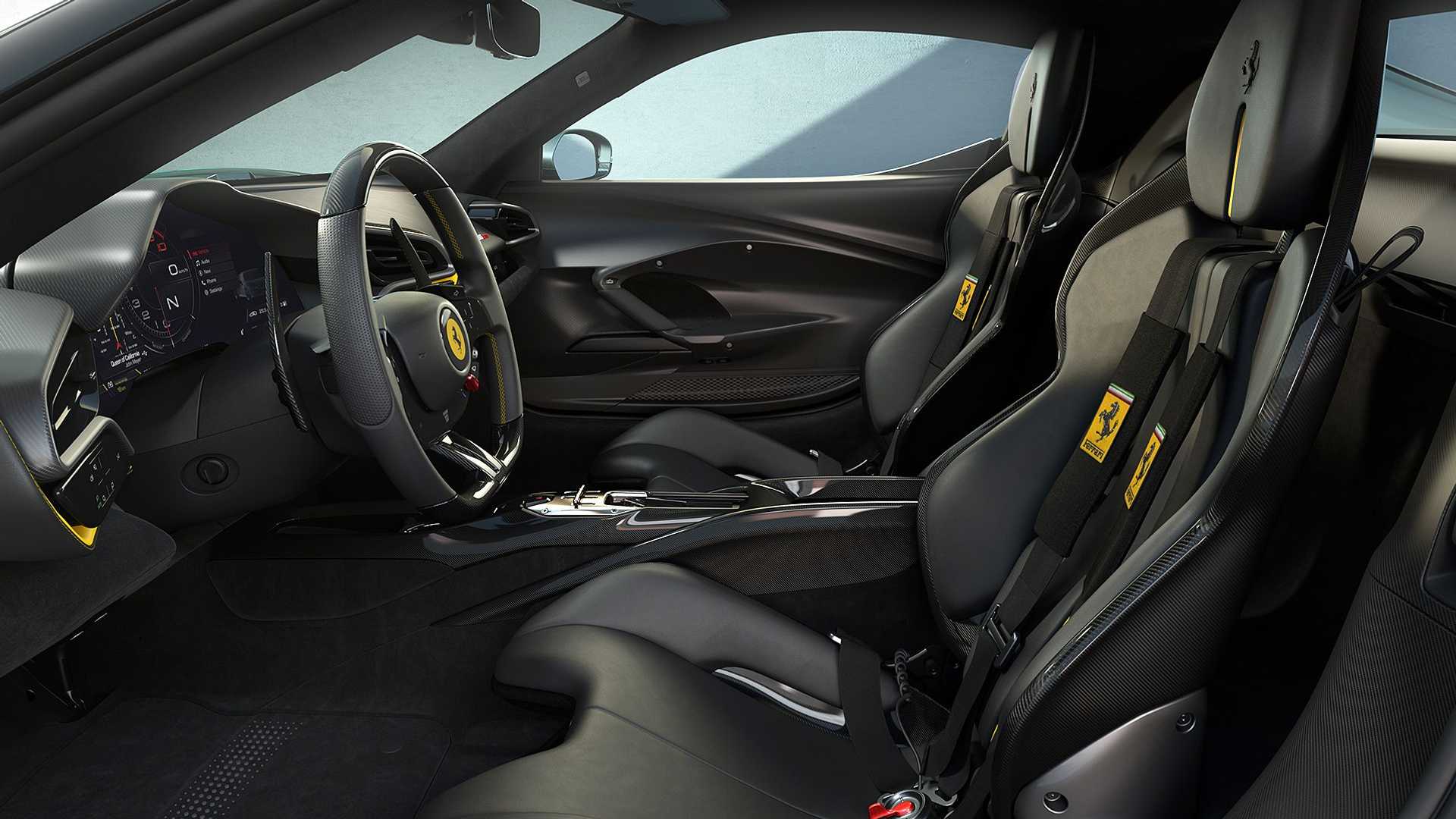 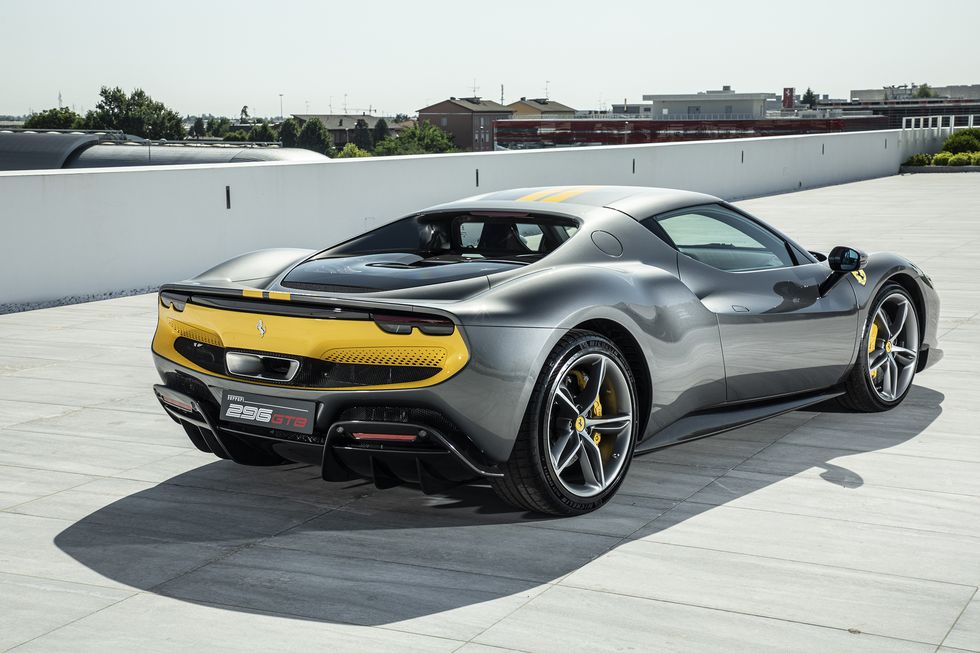 The 296 is named after its engine displacement which is a 2,996cc, twin-turbo six-cylinder engine, while the GTB stands for “Gran Turismo Berlinetta”, its the latest Ferrari sportscars in the lineup and switches from Ferrari’s traditional V8 to V6 power with plug-in hybrid technology. With McLaren revealing the Artura V6 Hybrid into in line-up the 296 GTB will be a direct rival to it. It’s the first V6 supercar from Maranello that features the fabled Prancing Horse badge as during the 1960s to 70s the V6 engine was used for entry-level sportscars and carried the Dino badge.

Under the hood, the 296 GTB gets a mid-mounted V6 engine with hybrid assist. The V6 unit feature in the car is an all-new bespoke 3.0L twin-turbo unit and not related to the Maserati’s Nettuno V6 that powers the MC20 supercar. The engine produces 645HP which is equivalent to 218HP per litre and Ferrari said that it’s a record for a production car engine. Coming into more details Ferrari has placed the turbochargers between the wide cylinder bank to make the packing compact and keep the centre of gravity and engine mass as low as possible. The aluminium engine block features a wide 120-degree configuration and as a result, the turbos can centrally and shortening the distance to the combustion chamber for maximum efficiency. Moreover, it borrows the latest combustion chamber development from its bigger sibling, the SF90 Stradale, and makes use of all-new IHI turbochargers that can spool up to 180,000 RPMs. While it features forced induction and less cylinders, Ferrari claims that the new V6 makes a very sweet exhaust note and is reminiscent of a naturally aspirated V12 and won’t disappoint anyone in terms of the exhaust note.

The V6 is coupled to an electric motor that sits between the engine and the 8-speed gearbox. The electric motor alone produces 164HP and the whole powertrain produces a combined output of 818Hp which is 110Hp more than the V8-powered F8 Tributo. The combined torque output is rated at 740Nm. With the assist from the rear-mounted electric motor, the Ferrari 296 GTB can go from 0-1ookph in 2.9sec and gets to a top speed of 330kph. The power from the engine is sent to the rear wheels via an ultra-fast shifting 8-speed dual-clutch automatic gearbox, it’s the same unit that drives the SF90 Stradale, Roma, and Portofino M supercars. Like the bigger and more powerful SF90 Stradale, the 296 GTB can also be driven on pure electric mode for around 25kms range at speeds up to133kph, it is derived from Ferrari’s F1 program, the MGU-K (Motor Generator Unit, Kinetic) is powered by a floor-mounted 7.45kWh battery.

Moreover, there are four driving modes on offer and can be selected by the famous ‘eManettino’ switch on the steering wheel. The drive modes are – eDrive, Hybrid, Performance and Qualify, eDrive meaning pure electric-only mode and Hybrid mode runs the engine, but also focuses on efficiency. In Performance mode, the engine is always on to keep the battery charged to make sure full power is always available on tap. Qualify mode focuses on maximum performance and drops any efficiency.

In terms od design, the 296 GTB features Ferrari’s newest design language and gets more simple and clean approach rather than an aggressive-looking car that we expect to see from the carmaker. The features smooth lines running all over with minimal creases and crevasses to keep it clean. A short wheelbase give the car a more timeless, elegant design. There are many clever bits incorporated for aerodynamic efficiency and cooling. The air intakes at front were made as small for a cleaner look while routing has been done underneath the car for hot air to escape. The hybrid system’s radiators vents at the rear to keep the front of the car clean for making it an aerodynamically optimized design than used previously. The newly designed headlights incorporate brake ducts right into the assembly to keep the calipers cool which are inspired by the SF90 Stradale.

For the first time in this segment of Ferrari, an active wing is used for generating downforce. Inspired from the LaFerrari, the active rear spoiler integrated into the rear bumper can produce downforce of 100kg more than its predecessors in the standard 296 GTB and with the more extreme track-oriented Assetto Fiorano pack specified, it is said to generate up to 360kg of downforce at 250kph. The 296 GTB’s overall design is a total rethink and closely related to newer Ferrari models line SF90 Stradale and Roma while distancing itself from F8 Tributo.

Ferrari also claims that they have taken design inspiration from classic Ferrari models including 1963 250 LM car, which inspired the design elements like the B-pillar, rear haunches and tail. the 296 GTB also features a wraparound windscreen which is inspired by a one-off-one P80/C hypercar and the Japanese-market J50.

Like any other Ferrari supercar, the 296 GTB was developed with the sole purpose of making a supercar with class-leading performance and driving pleasure while boosting daily usability. So to achieve that, the powertrain is made as compact as possible along with host of new features including the Transition Manager Actuator for quickly switching between the two power source, then there is the “world-first” six-way Dynamic Chassis Sensor and a new ‘ABS Evo’ function that reduces brake pedal travel and provide superior braking performance.

The ABS system along with the yaw-rate sensor cleverly measures the acceleration and speed across three axes to better determine when to engage. This helps in reducing the 200-0kph stopping distance by 8.8 percent.

The 296 GTB has a 50mm-shorter wheelbase than the F8 Tributo which will help in better handling along with Ferrari’s “Side Slip Control” traction system. Moreover, with the use of lightweight materials, the 296 GTB has a dry weight of 1,470kg which is 35kg more than its predecessor and 28kgs less than the McLaren Artura which is also a V6 Hybrid Supercar.

The Cabin of 296 GTB gets a mininal design and is similar to the one we saw on the SF90 Stradale. It gets touch screens and digital instrument cluster with touch-sensitive controls for the control of HVAC and other systems. There is no central infotainment screen though and the navigation and media controls are displayed directly in the driver’s instrument display. Some cabin features include a multifunction Ferrari Steering wheel, a head-up display, and customers can opt for an optional secondary digital display in the co-passenger side dashboard that displays vehicle information like engine RPM, speed and more. The centre console features the drive selector buttons in the form an H-type gated shifter which is a reference to the Ferrari’s Classic models with manual gear shifters.

Just like the bigger SF90 Stradale gets, an Assetto Fiorano package is available for the Ferrari 296 GTB too. It gets a very stunning livery and gets more light-weight parts to improve the performance. Gets, carbon fibre trim elements for both exterior and interior, lightweight doors and redesigned panels, plus Multimatic shock absorbers derived from GT race cars, a Lexan rear windscreen that helps in a total weight savings of around 12 Kgs or 26 pounds. Its is also offered with optional Michelin Pilot Sport Cup 2 R tyres for even more grip while track usage.

The 296 GTB is an entry-level Ferrari Hybrid supercar and competes in the F8 Tributo segment but will be sold alongside. Prices and availability details for the 296 GTB have yet to be confirmed, but it’s expected to arrive by early next year with prices starting at $ 320,340 or Rs 2.4 crore without options and tax. 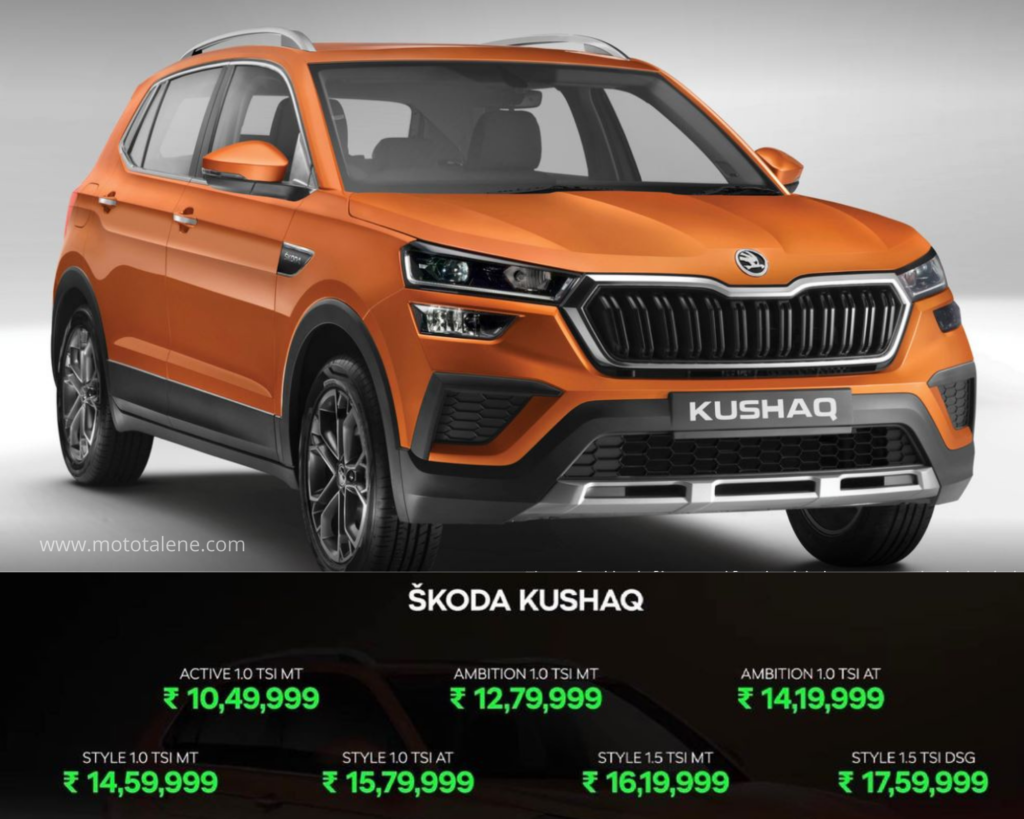