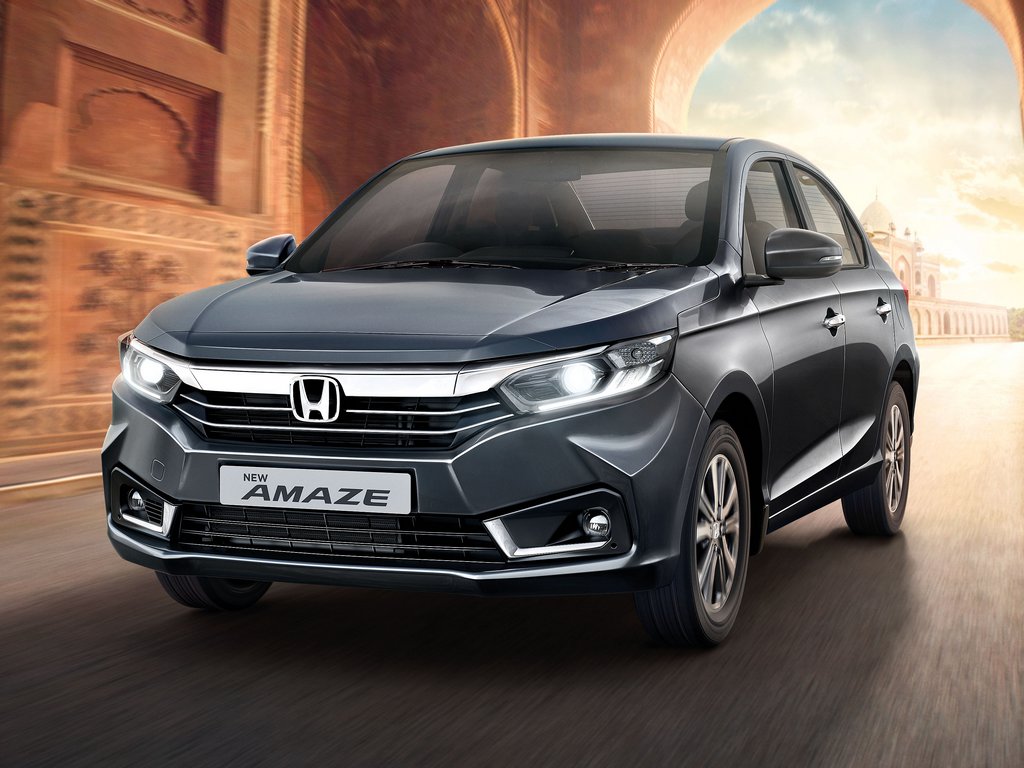 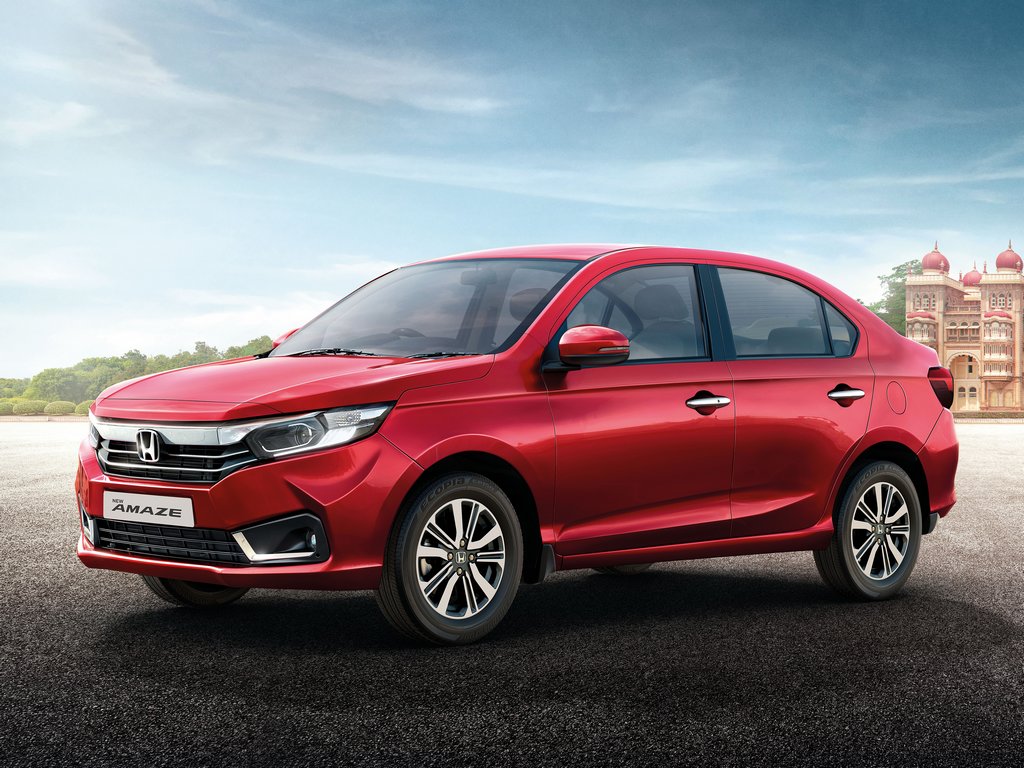 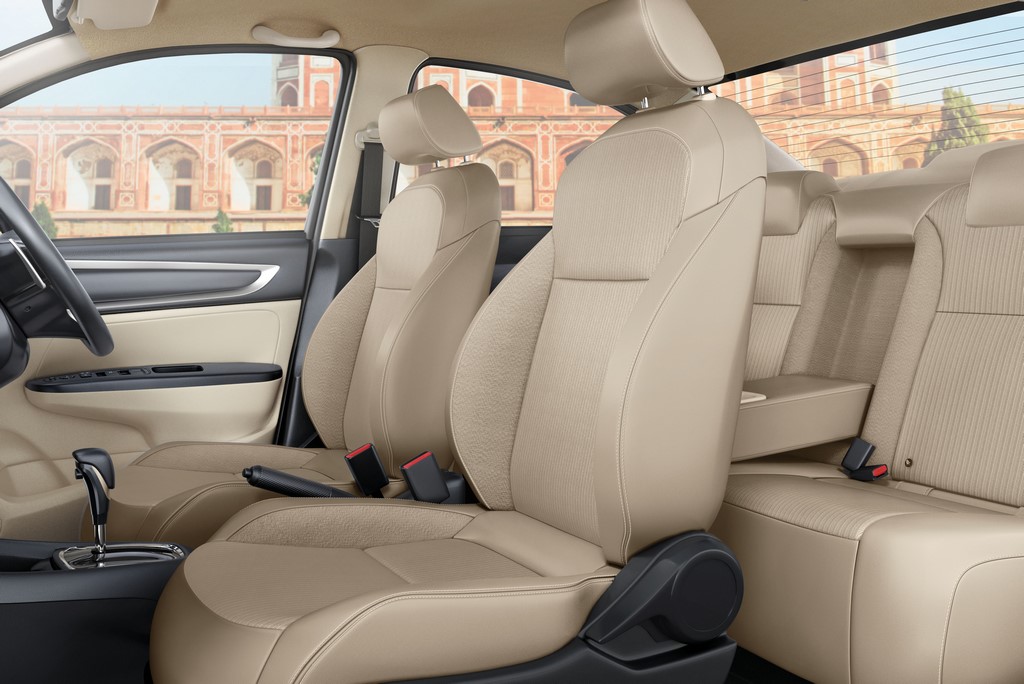 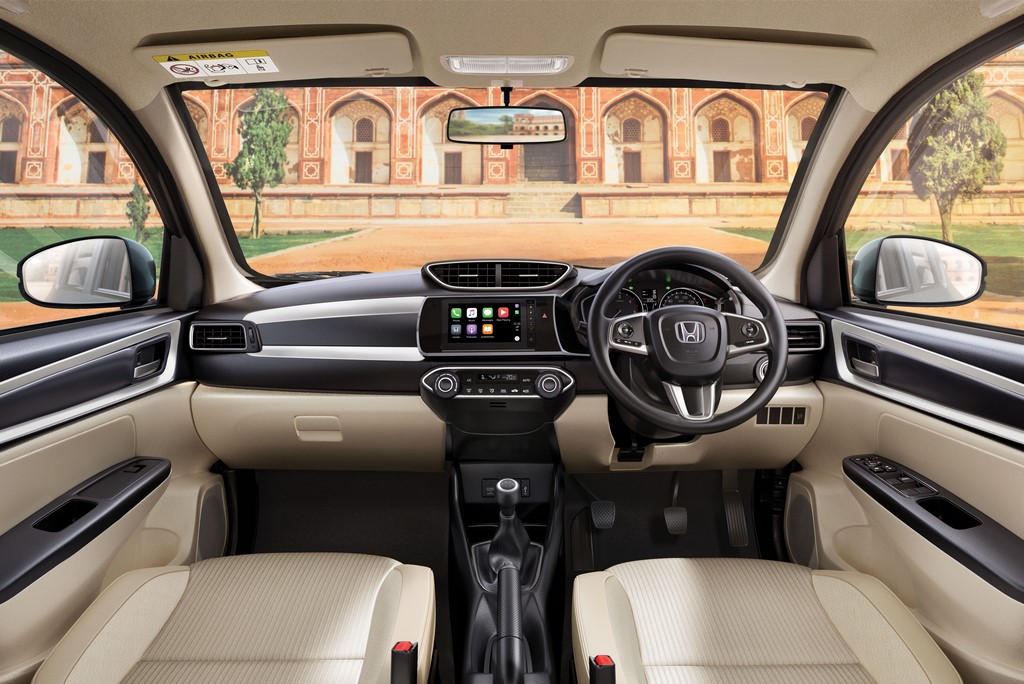 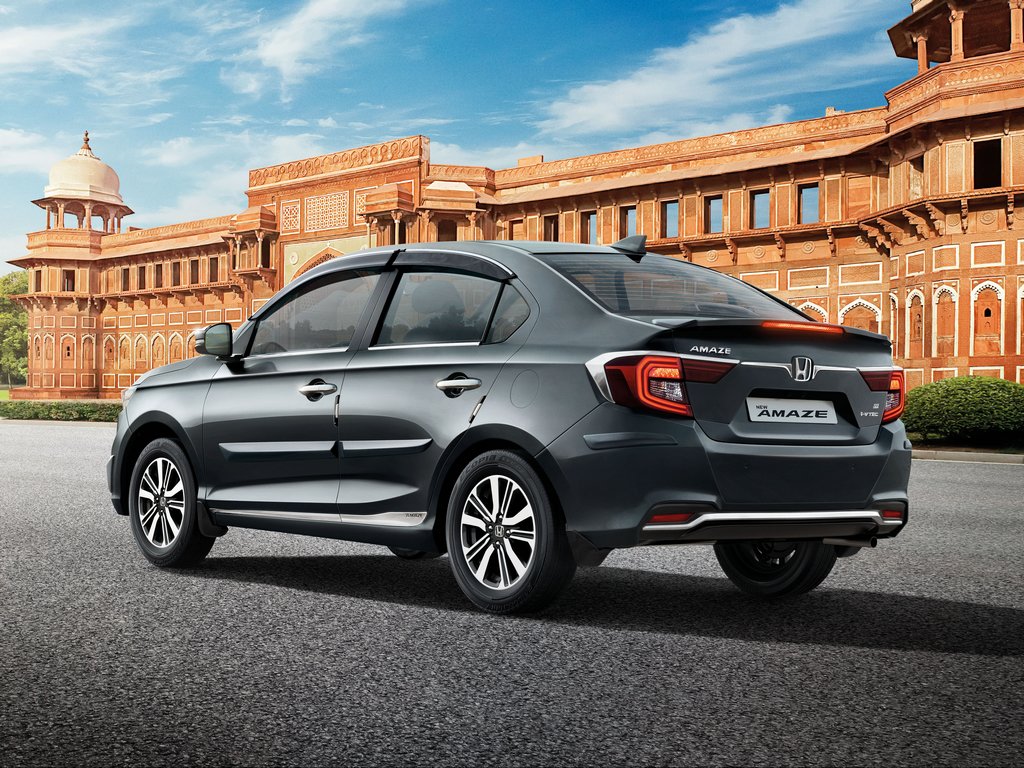 After lots of teaser and spyshots Honda has finally launched the 2021 Amaze facelift in India which needed a facelift as it was being sold since 2018. Now prices starts from Rs 6.32 lakh and goes up to Rs 11.15 lakh (ex-showroom, Delhi). The 2021 Honda Amaze facelift is available in three trim  – E, S and VX. With the facelift the Honda has given the Amaze some exterior tweaks, new features both on exterior and interior but mechanically its same like the pre-facelift model.

Taking about exterior updates most of the facelift has gone into the front fascia of the Amaze. Overall the design is same but now the front grille is new, gets loads of chrome and is much sleeker than before, also gets two horizontal chrome strips. The bumper design has also been revised and the fog lamp housing is new which also gets a chrome garnish.

However the most exterior updates can only bee seen on the to-spec VX trim, which mow gets automatic LED projector headlights with integr ated LED DRLs, LED projector fog lights, chrome door handles, 15-inch 10 spoke dual tone diamond cut alloy wheels. At the rear, the facelift Amaze now gets new C-shaped LED taillights along with chrome garnish down in the bumper and newly designed rear reflectors.

On the inside, the design remains mostly similar to the pre-facelift model. However, Honda has added new satin silver accents on the dashboard, door panels, steering wheel and even on the door handles which give it a more upmarket and premium feel as it contrasts well with the black and beige interior. Another addition on the interior cab be seen on the gear level of the manual variant which now gets a leather cover.

The facelift Amaze also gets now newly designed front map lights, new chrome insert for the AC vent sliders, dust and pollen filter, new lining on the trunk lid along with a trunk light. The top-spec VX trim of the Amaze now comes with exclusive beige upholstery for the seats with new stiches. There is also a new 7-inch touchscreen infotainment display that come with Android Auto and Apple CarPlay along with more connectivity features. The Facelift Amaze also come with multi-view camera parking assistant which will come as a handy feature. There are also steering mounted paddle shifter which is first in segment but that only available with CVT gearbox option.

In terms of mechanical updates there are none as such and the engine and gearbox options are similar to the pre-facelift model. Which means the petrol engine is the same 1.2L i-VTEC naturally aspirated 4 cylinder engine that makes 90HP and 110Nm of torque. It come with both 5-speed manual gearbox and a CVT automatic gearbox.1.2-litre i-VTEC petrol engine that comes mated to either a 5-speed manual or a CVT automatic gearbox. The diesel engine is the turbocharged i-DTEC 1.5L 4 cylinder unit that makes 100HP and 200Nm of torque and gets the option for both 5-speed manual CVT gearbox. However, the one with the CVT transmission is tuned to produce 80HP and 160Nm of torque.

As we have mentioned earlier, Honda offers the Amaze facelift in three trims – E, S and VX. Its great that the manual versions of both the petrol and diesel engines are offered across all three trim levels. However, the petrol-CVT variants are available only with the S and VX trims. The diesel-CVT variants is only offered on the VX trim and is unique to Amaze in the compact sedan segment. The previously offered base diesel-CVT S variant has now been discontinued.

The Honda Amaze facelift is a compact sedan and rivals up against cars like Maruti Suzuki Dzire, Hyundai Aura, Tata Tigor and also Ford Aspire.

Hyundai i20 N Line India debut by next week

Wed Aug 18 , 2021
Spread the love Post Views: 94 Hyundai earlier confirmed that they will bring the N Line performance brand in India this year and finally they will  unveil the India-spec i20 N Line on August 24, 2021. The i20 N Line will be positioned above the standard i20 hatchback. While the […] 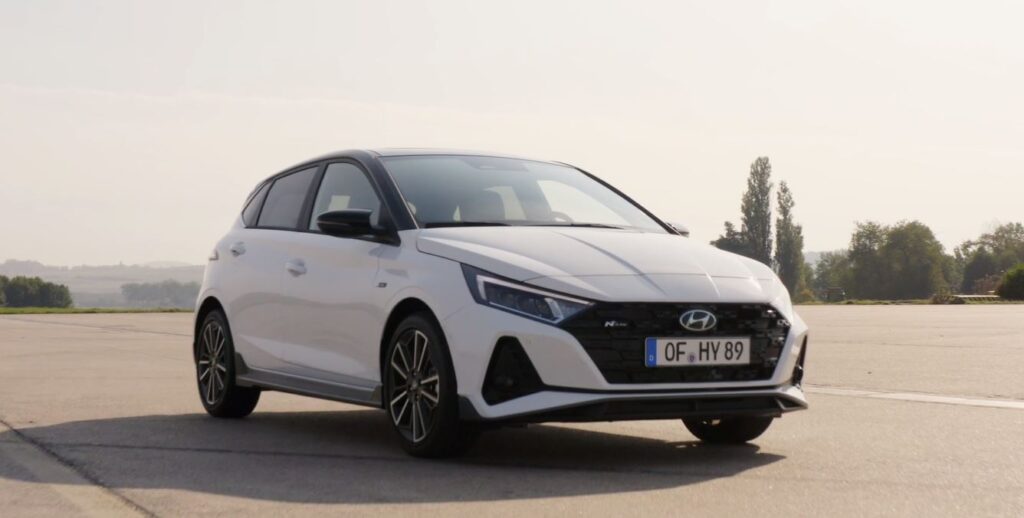