2021 Audi India has launched the Audi A4 Facelift Sedan in India at Rs 42.34 Lakh Ex-Showroom. 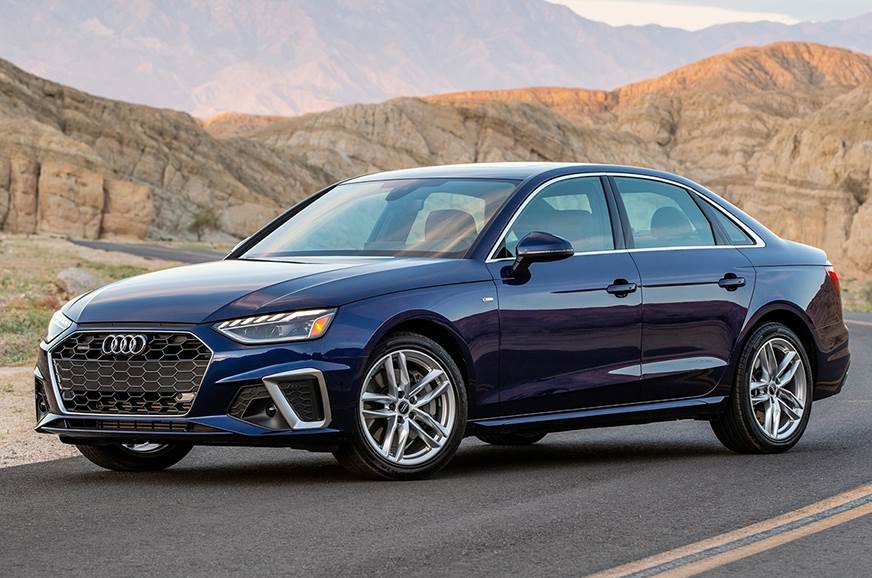 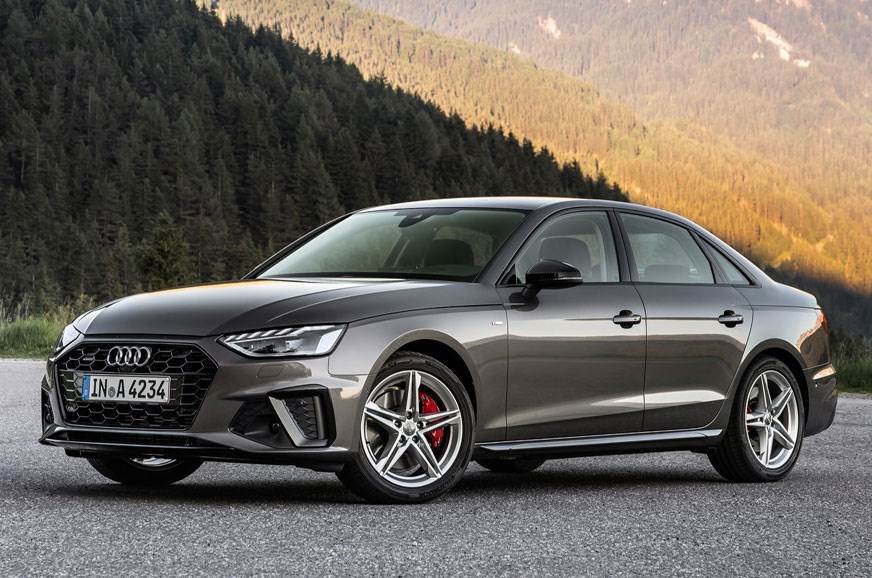 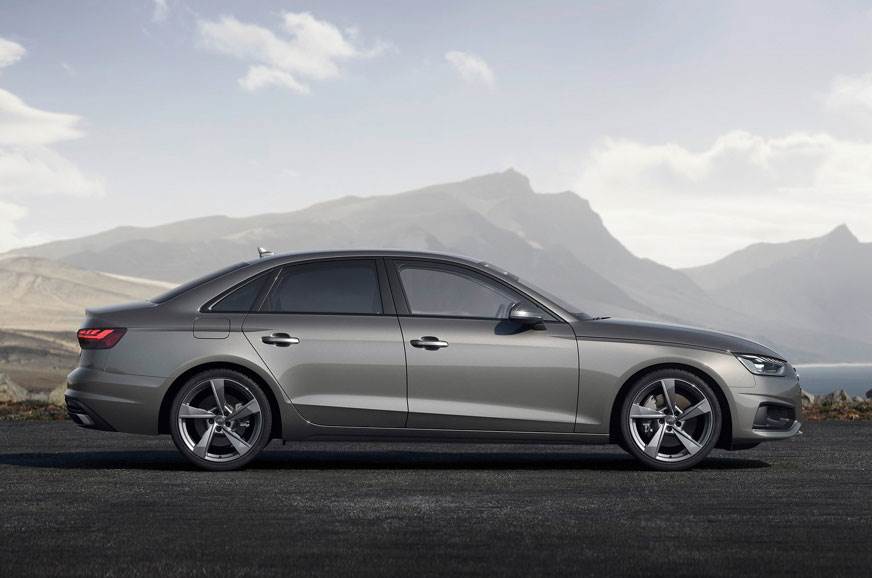 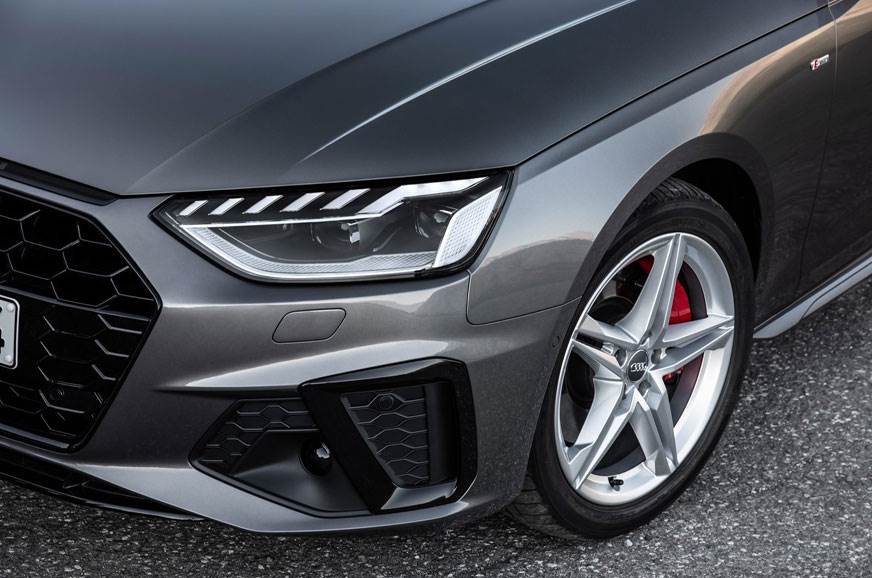 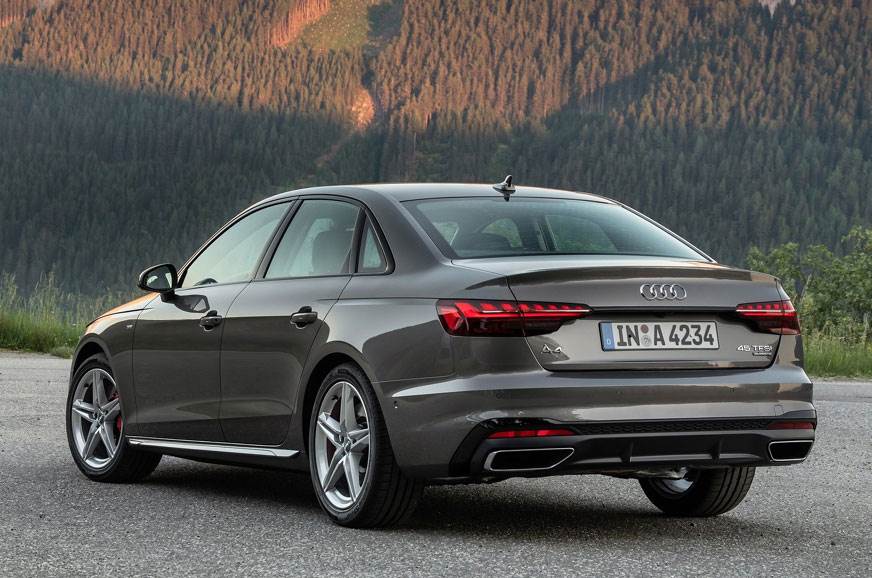 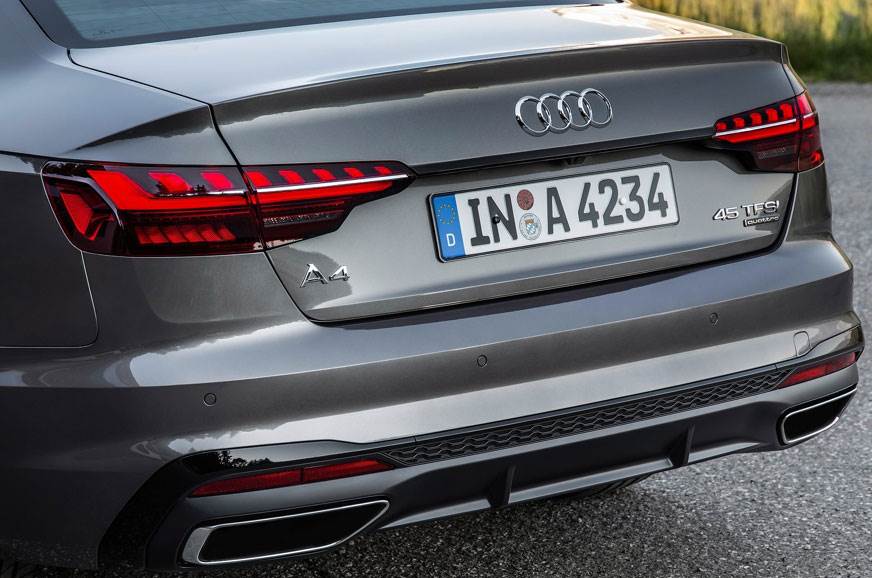 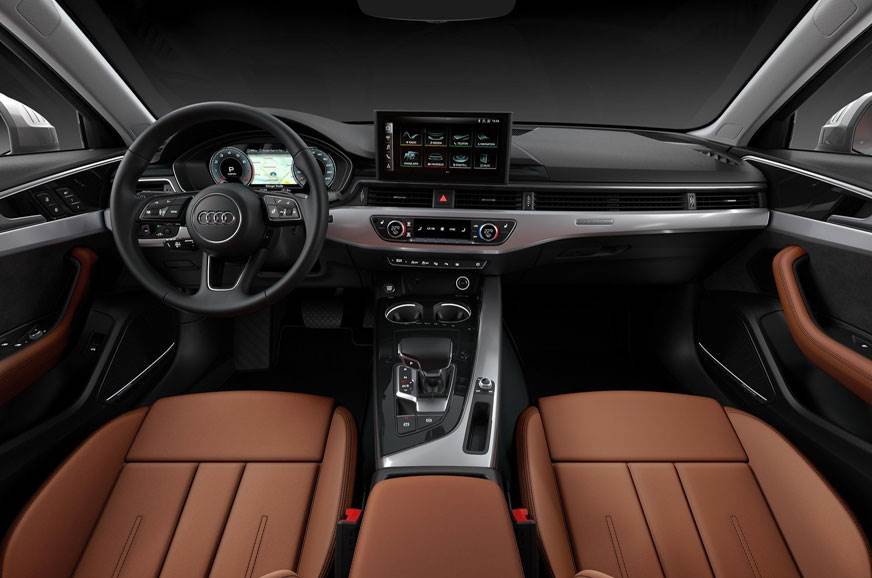 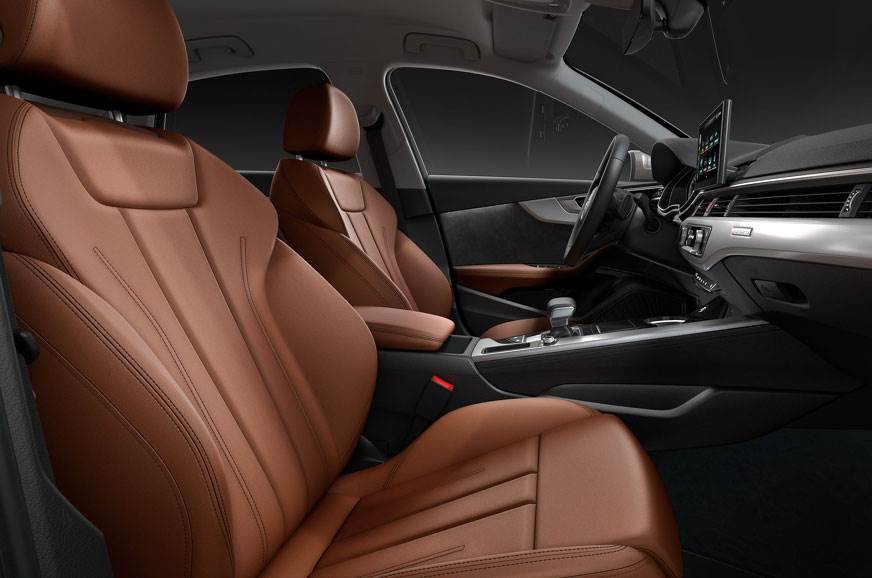 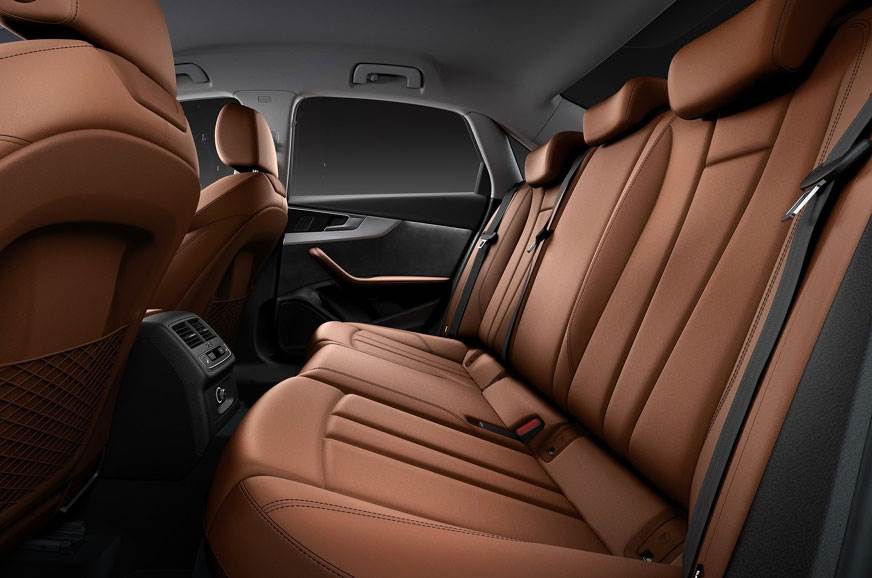 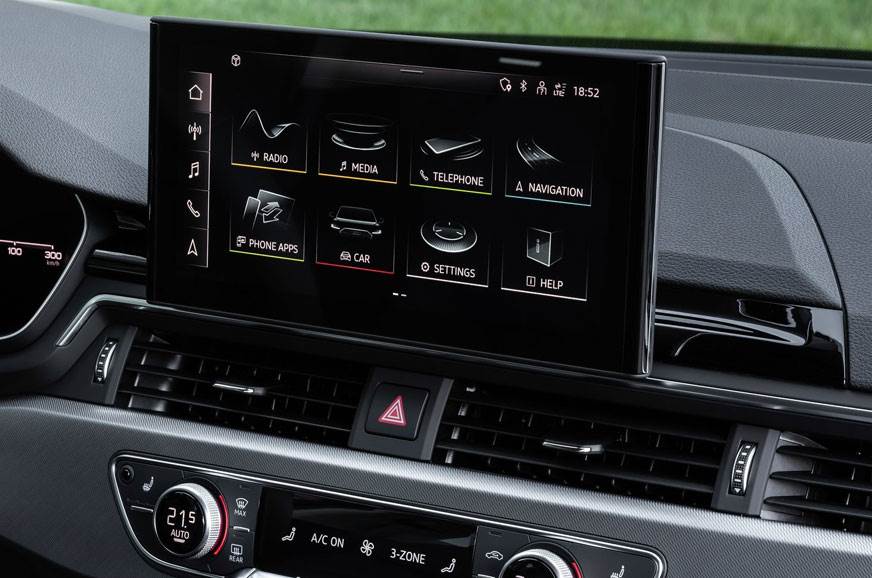 The 2021 Audi A4 Facelift has been launched today in India at an Ex-Showroom price of Rs 42.34 going up to Rs 46.67 Lakh. The Audi A4Facelift is the first product that Audi India has started with its 2021 line up and will launch new products in the Indian market in the upcoming months. Initially petrol only options will be made available for buyers.

It’s not the first time that India Spec Audi A4 had a facelift. Audi A4 sedan got a facelift back in 2019 but due to BS6 emission norms coming into play the A4 was discontinued by Audi in early 2020 India.

The first facelift to the Audi A4 in 2019 had some minor cosmetic changes while with the second facelift the 2021 Audi A4 gets many exterior changes and gets the latest Audi new-gen design. With the facelift, the 2021 Audi A4 is now much wider than before, gets a single-frame grille, new all-LED headlights with DRLs, reworked front and rear bumpers, also newly designed LED taillights. In terms of exterior design, Audi India has done a great job on the A4 and looks like its international variant.

Taling about interior, not much of a change has been done to it. The cabin more or less is kept similar like the outgoing model but there are few good changes done to it. It gets a new floating type 10.1-inch touchscreen infotainment system with latest features. Other features like soft-touch materials, digital instrument cluster, leather seats are carried forward from the outgoing model but it works nicely with this new A4. But the 2021 A4 gets physical HVAC controls rather than touch screen controls like the new generation Audi cars and SUVs get.

The 2021 Audi A4 facelift major change is in its powertrain or the engine that it gets. The A4 facelift gets only a single engine option for now and its powered by a 2.0-litre turbo-petrol engine that makes 190 HP. Its a great upgrade from the outgoing model which was powered only by a 1.4 Litre engine that made 150 HP.

In terms of the gearbox, the engine is mated to a 7-speed dual-clutch automatic transmission as standard, power is sent only to the front wheels. Since Audi is focusing more on petrol-powered cars with electrification or hybrid power as an option there is no option for a diesel engine.

The Audi A4 will rival other premium sedans like  Jaguar XE, Mercedes C-class Sedans, BMW 3 series and the Volvo S60 Sedan that will launch in March this year. It will also go up against BMW 3 Series Gran Limousine that will be launched by end of January 2021.

Audi has planned many launches this year for India and started their product line up with the launch A4 facelift and will be continued by a bunch of more sedans and SUVs like A3, S5 Sportback E-Tron, Q3, Q5 and Q7. 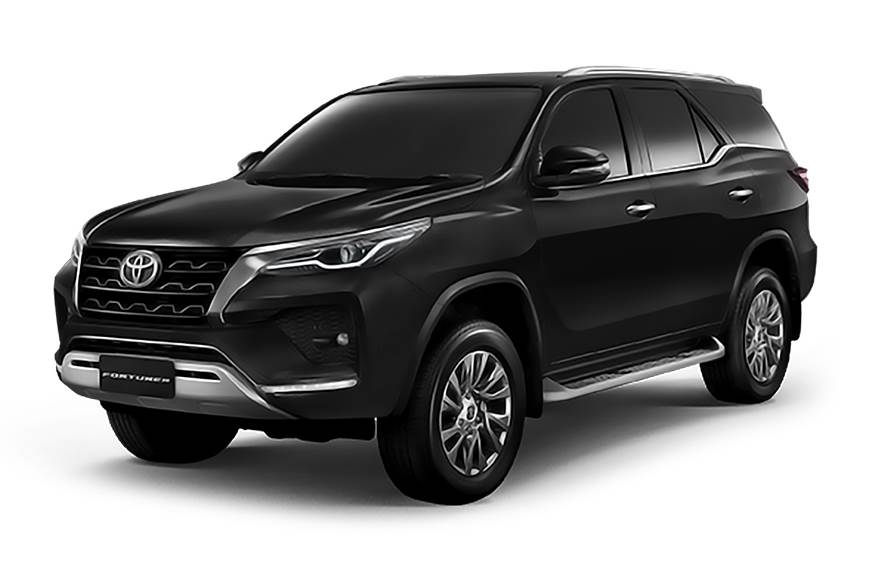