The New Motorcycle based on Honda CB350 may sport a Cafe Racer or Naked Street Styling with Retro Touch.

Honda Two Wheelers India has released a teaser for their new motorcycle which will be based on the Honda H’ness CB350 that was launched last year and sold via Honda BigWing outlets. The teaser image shows the rear of the new motorcycle and its date of reveal which is on February 16.

Next visible elements from the image are a new set of rear lighting combinations. The tail-light and the indicators are more slim and modern in styling when compared to the Retro Styled lights that come on the H’ness CB350. Although H’ness CB350 also gets all LED lighting for both front and rear the new Motorcycle also gets LED lights and the indicators looks like ones on the new Honda Hornet 2.0 and also the Retro Styled Honda CB300R.

Another visible design element is the rear mudguard when compared to the H’ness CB350. It is placed higher and looks modern like a Naked Street Bike of Cafe Racer and is made of Plastic. When compared to the H’ness CB 350 that uses a retro-styled metal fender on which the rear taillight and indicators are placed on this new Motorcycle the rear taillight is integrated into the seat and plastic fenders used to hide the subframe. Also the indicators and number plate styling looks like a modern motorcycle.

Also visually it appears to replace the chrome bits of H’ness CB350 with more blacked-out components. No other features are known as of now but we think that the engine and subframe will be shared with the H’ness CB350 although it can be on a different state of tune to match the new Motorcycle’s character. The Honda H’ness CB350 sports a single-cylinder 348.36CC engine making 20.8HP and 30Nm of torque.

New Honda CB350 will be Cafe Racer or Scrambler?

From the teaser image, the new CB350 Motorcycle seat layout and the exhaust placement tell few things about its styling. The shape of the exhaust looks similar to the H’ness CB350 and it seems to appear that its placed a bit more aggressively. The seat also has a different shape and with a raised and shorter pillion seat. Considering these design elements along with a bigger tyre it seems the New CB350 Motorcycle may get Cafe Racer or Scrambler styling.

To know more about this new Honda Motorcycle we have to wait till it is officially unveiled on February 16 also few more information can be released before its reveal which will tell more about it. Now coming to pricing this new Motorcycle could be placed above Honda H’ness CB350 and expect Honda to price it in the range of Rs 1.87-Rs 1.95 lakh (ex-showroom, Delhi).

Mon Feb 1 , 2021
Spread the love Post Views: 340 The Citroen C5 Aircross for India has been revealed today and it will be the French Carmaker’s first product for India. New details of the SUV is out ahead of its launch next month. To be solely offered with a diesel engine and will […] 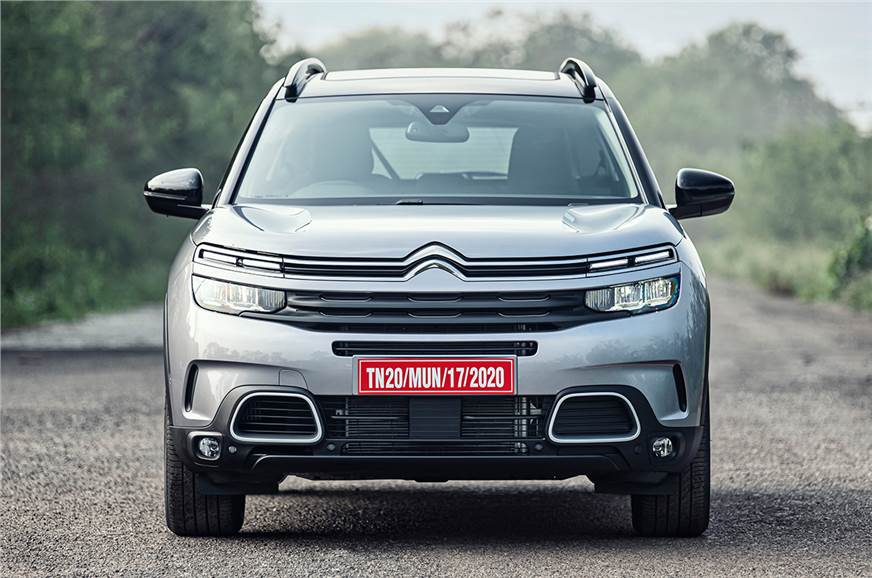