How the New Honda H’ness CB350 goes up against its Rivals in terms of specification.

The New Honda H’ness CB350 launched recently will go up against some of the best selling motorcycles in the 300-350cc segment like the RE Classic 350, Jawa 42 and Benelli Imperiale 400. And here is the full specification comparison of the four motorcycles.

Honda has finally launched the Honda H’ness CB350 and with this, they have entered the 300-350cc retro-modern segment in India.

The segment that was long dominated by Royal Enfield, as it was the only player in this space and also they starter the segment back in 2008. But over the last 2 years, other brands have launched their own modern classics in order to take on Royal Enfield which is still the segment best seller. Some of these offerings include Jawa 42, the Benelli Imperiale 400. And now comes the Honda H’ness CB350.

Royal Enfield is also preparing for a new Classic 350 and Meteor 350 that probably will be a much more direct rival to these motorcycles. But until they make a debut nothing much can be said about those motorcycles.

Now all that we need to know is how the New Honda CB350 goes up against its rivals in terms of specifications.

All the four motorcycle uses BS Fi engine and that is the only common thing about their engines.

Honda H’ness CB350 is powered by an all-new engine that is specifically made for India. It is a single-cylinder, air-cooled, 348.36cc, Fuel injected engine. It produces 21.1hp at 5,500rpm and 30Nm of torque at 3,000rpm. It is a long-stroke engine to suit the motorcycle’s character and is pared to a 5-speed gearbox. Honda has also included an assist and slipper clutch as standard.

From the table above we can see that the Honda H’ness CB350 makes power slightly more that Benelli Imperiale 400 and Royal Enfiled Classic 350. However, the torque figure is highest in the segment that should give it a better low and mid-range and effortless ride at lower RPM.

The Imperiale 400 is powered by a 374cc, single-cylinder engine that produces 21hp at 5,500rpm and 29NM of torque at 4,500rpm which is close to the power and torque figures made by Royal Enfield Classic 350- 19.8HP and 28NM or Torque. While talking about The Jawa, its engine has a totally different characteristic and produces 27HP and 28NM of torque from its 293cc engine.

Despite having the smallest displacement engine in terms of power and performance its the segment leader. The Jawa is the only motorcycle here that has an engine with a short-stroke architecture and features more modern technology like a DOHC(Double Overhead Camshaft) and liquid-cooling. Also, it is the only bike in the segment that has a 6-speed gearbox, while the other 3 gets a 5-speed gearbox.

With the H’ness CB350 Honda has done a great job on the design front. It takes design inspirations from the old Honda CB bikes. It gets round LED headlamp, and old school led taillight unit, a beautifully shaped 15-litre tank, chrome fenders, a chrome exhaust and the Y-shaped alloy wheels which give it a proper modern retro look.

Don’t need to say how a Classic 350 looks, its the bike that started the segment. The timeless design makes it the best selling bike in the segment. But now it needs an update as for more than 10 years(which is long in automotive terms) the Bike has not got any more design update but its working well for Royal Enfield.

Like the Honda, Jawa 42 model is heavily inspired by the brand’s classic bike, the 42 is more affordable and has slightly modern and urban looks with matte-black elements that replace the chrome parts. Also it is the only bike in the segment that gets twin exhaust which was a classic Jawa design element.

The Imperiale 400 is also a reinterpretation of old Benelli bikes produced in the 1950s. And this can be seen by the classic design of the tank, round headlights, flat seats and some chrome parts. Both the Benelli and the RE classic 350 gets a sprung seat for the rider(just like yesteryear motorcycles) and rubber knee pads on the tank.

While the Jawa 42 and Benelli Imperiale 400 uses less chrome the Royal Enfield stands out and still uses tons of chrome where ever they can, but there are some colour schemes where you can get blacked out engines and exhaust.

Also the Honda is the only bike to come with only alloy wheels, while the Classic 350, Jawa 42 and Benelli Imperiale comes with wire-spoke wheels as standard. The Classic 350 also get the option for alloy wheels with some models.

Like the engine, the chassis on the Honda H’ness CB350 is a totally new unit. Honda calls it a semi-double-cradle frame and has a telescopic fork at the front and hydraulic shock absorber at the rear. The swingarm is a box-type unit.

While the new Honda H’ness CB350 uses the same wheel sizes as Classic 350 and Imperiale- a 19-inch front and 18-inch rear, but the Jawa gets a configuration of 18-inch front and 17-inch rear. The tyre widths differ in all the bikes and you can see that in the table above.

On the braking front, the Jawa and Royal Enfield get 280mm single discs, while the Benelli gets a slightly larger 300mm disc and the CB350 features a 310mm disc which is largest among all. At the rear, the Honda, Royal Enfield and Benelli get disc brakes the Jawa has an option for a 153mm drum brake.

Japenese are known for technology and when it comes to motorcycles they have the top-notch tech in their hands. This can be seen the way Honda has equipped the H’ness CB350. It gets Honda Selectable Torque Control (HSTC) and Honda Smartphone Voice Control (HSVC) system(in only DLX Pro Variant), also gets full LED lighting(1st in the segment)and a side stand engine cut-off.  The HSTC is nothing but a basic traction control system and adjusts the engine torque. This system can be turned ON/OFF by a switch on the left side of the meter.

While the HSVC feature helps the rider to pair his smartphone to the console via Bluetooth and when connected the rider can operate the system to access calls, navigation, music playback and incoming messages. To connect there is HSVC app. This is also a segment 1st feature.

While in terms of the console the Honda H’ness CB350 gets a semi-digital unit with various other indications. Like a gear position indication, time, fuel gauge and average.

While the Benelli gets a twin-pod layout that features a large RPM meter (the only bike to get a rev counter) and speedometer and a small digital display for the odometer and other basic features like fuel gauge. The Jawa, uses a single-pod semi-digital unit that is placed offset. The analogue unit shows the speed while the small digital display is used as an odometer and fuel gauge. The Royal Enfield Classic 350 is still very basic in terms of  instrument console among all the four. It only gets an analogue gauge for the speed, along with a conventional odometer but misses out important things like a fuel gauge. Wish you luck if you forget to check the fuel level.

After going through all the specifications Honda has done a great job with H’ness CB350 and it looks promising on paper. Though it may not have a more high tech engine like the Jawa 42, but has enough power to take on the other two. In terms of other features, undoubtedly it comes on top with many segment-first features. Talking about design it look great but that is totally subjective but I like it though Jawa 42 will be my 1st choice when it comes to looks and design. Also with a price tag of around Rs 1.90 lakh, Ex-showroom for the base DLX variant may be sold it makes a good bargain.

But Royal Enfiled soon will be making debut of the Meteor 350 and the new Classic with new engines and cradle frame chassis and than things might get more interesting.

Let me know in the comments section below what you think about the new Honda H’ness CB350 and which bike would you go for among the four.

Wed Oct 7 , 2020
Spread the love Post Views: 795 Maserati MC12 was Maserati’s Flagship Car From 2004.     Maserati is an Italian luxury car manufacturer which was founded in 1914, but in the early days, it was known more for its race cars than Luxury Saloons it manufactures now. In the year […] 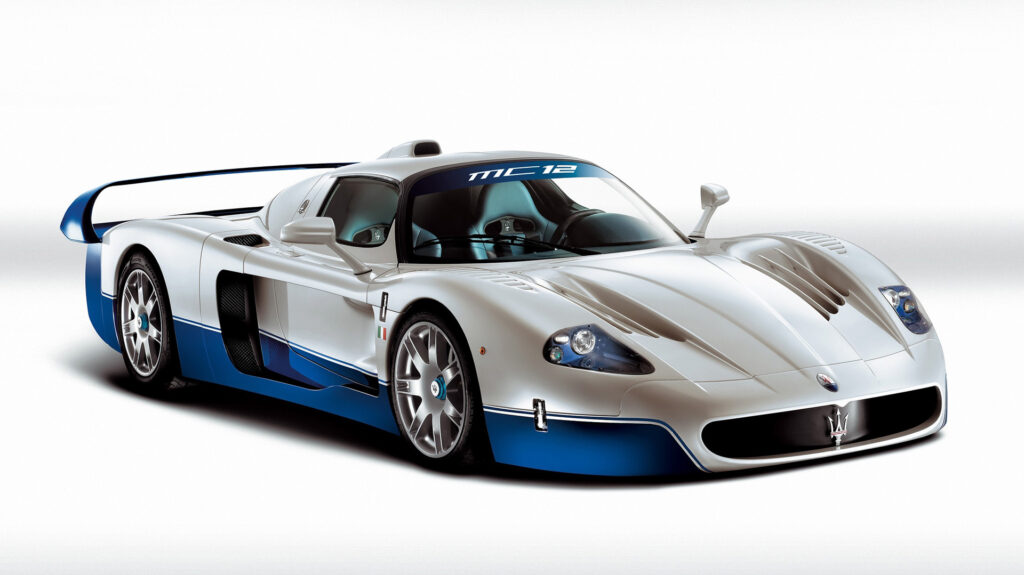