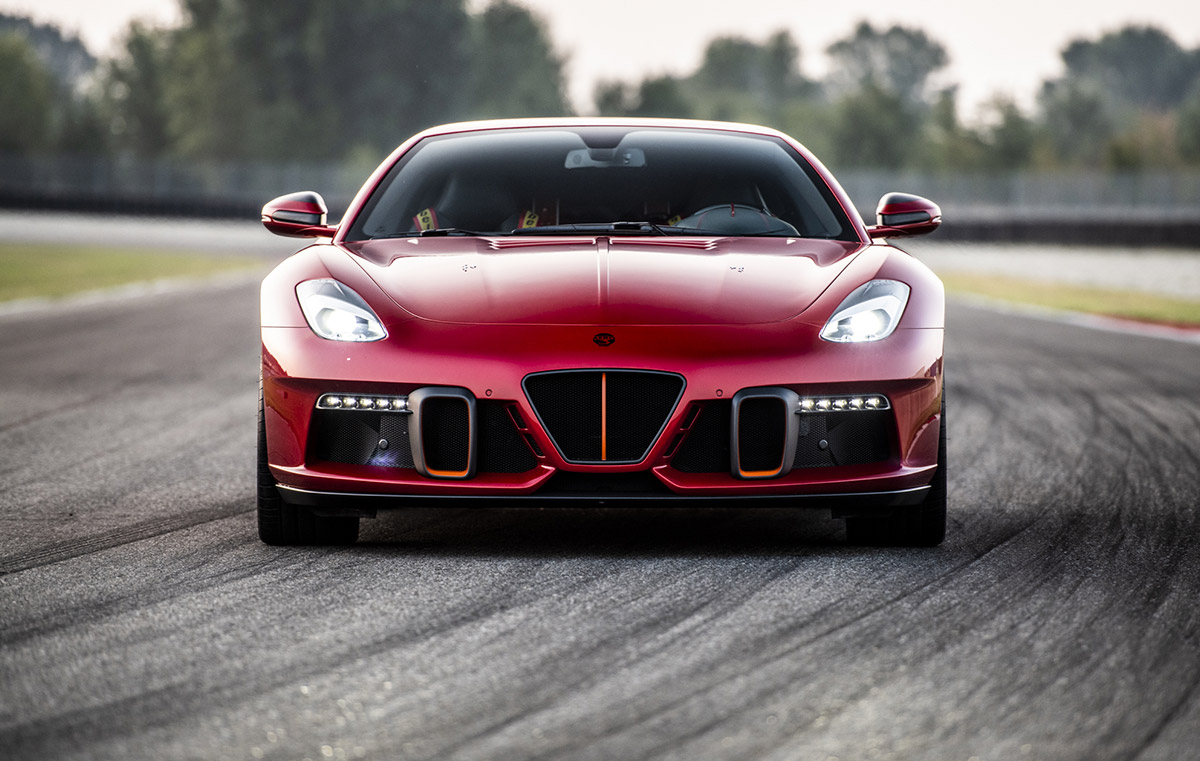 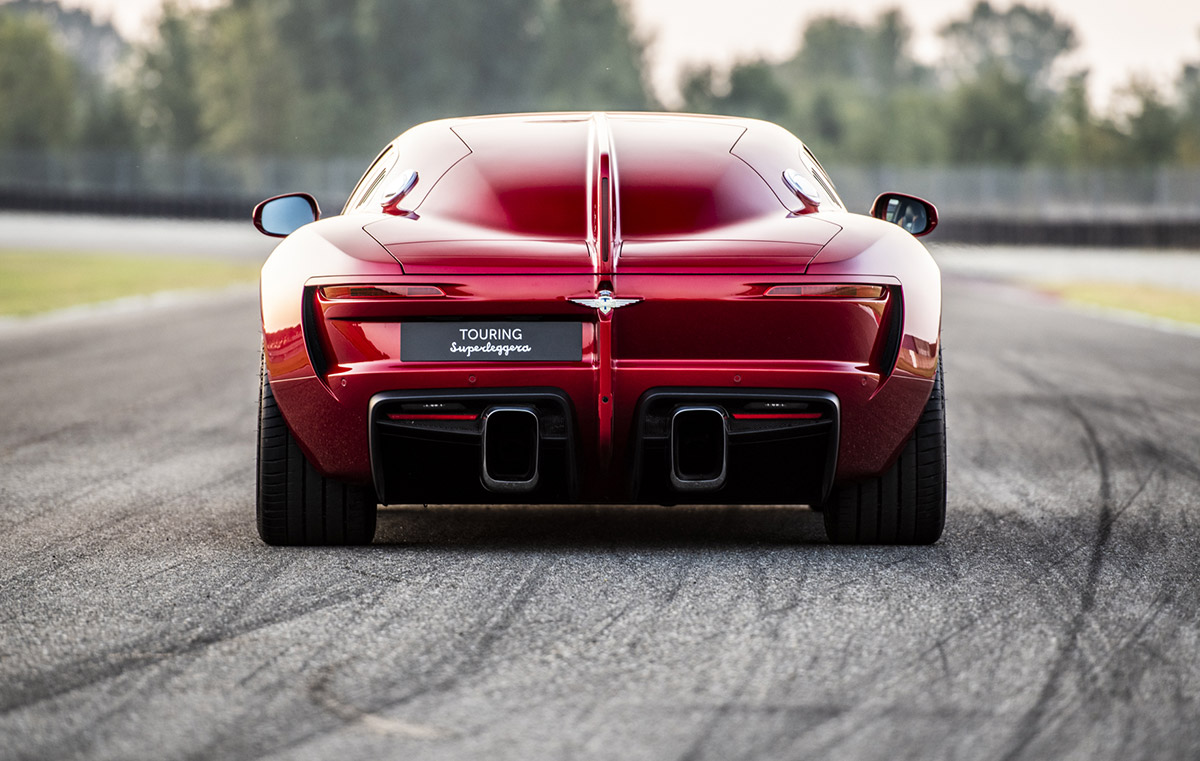 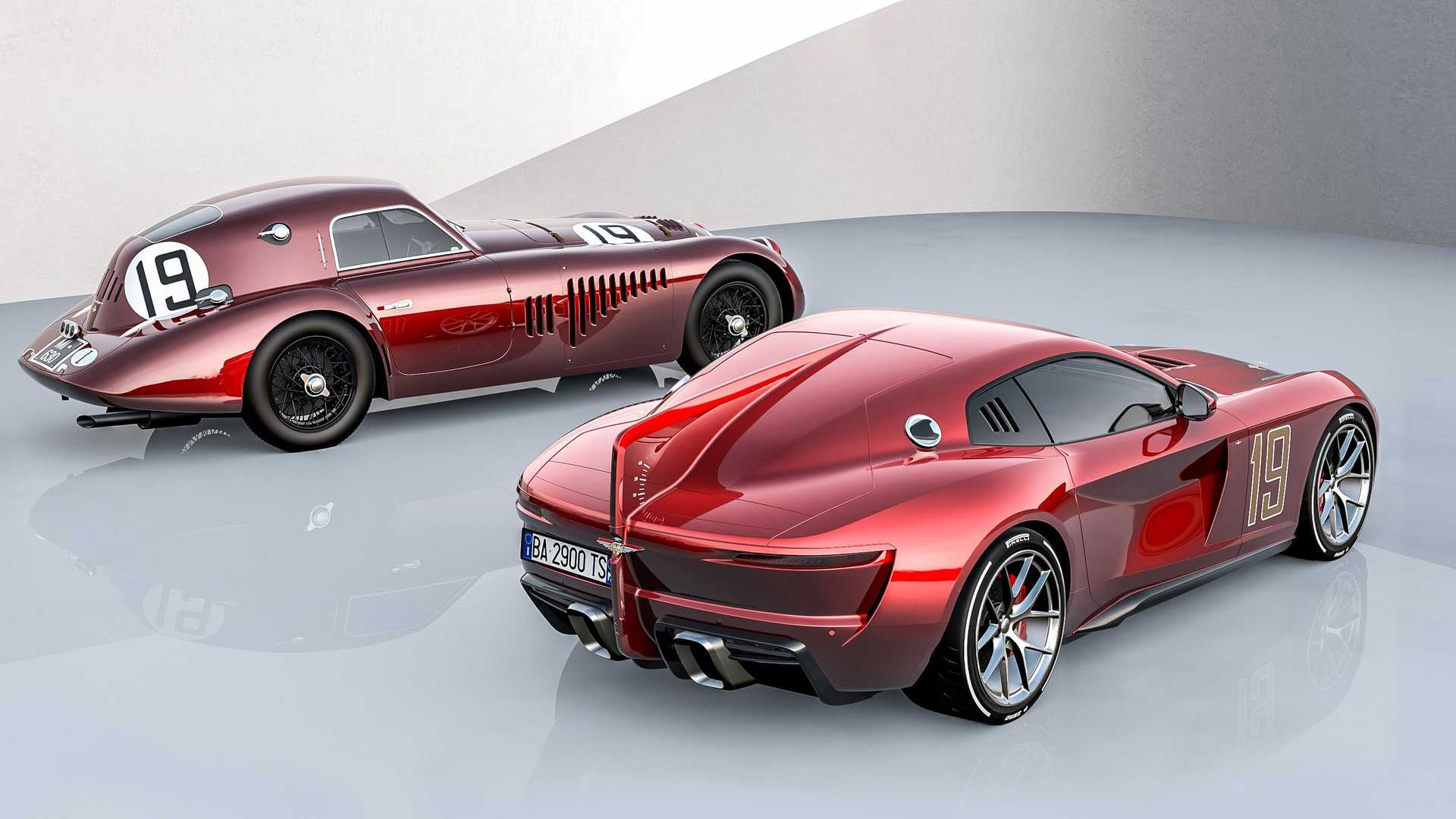 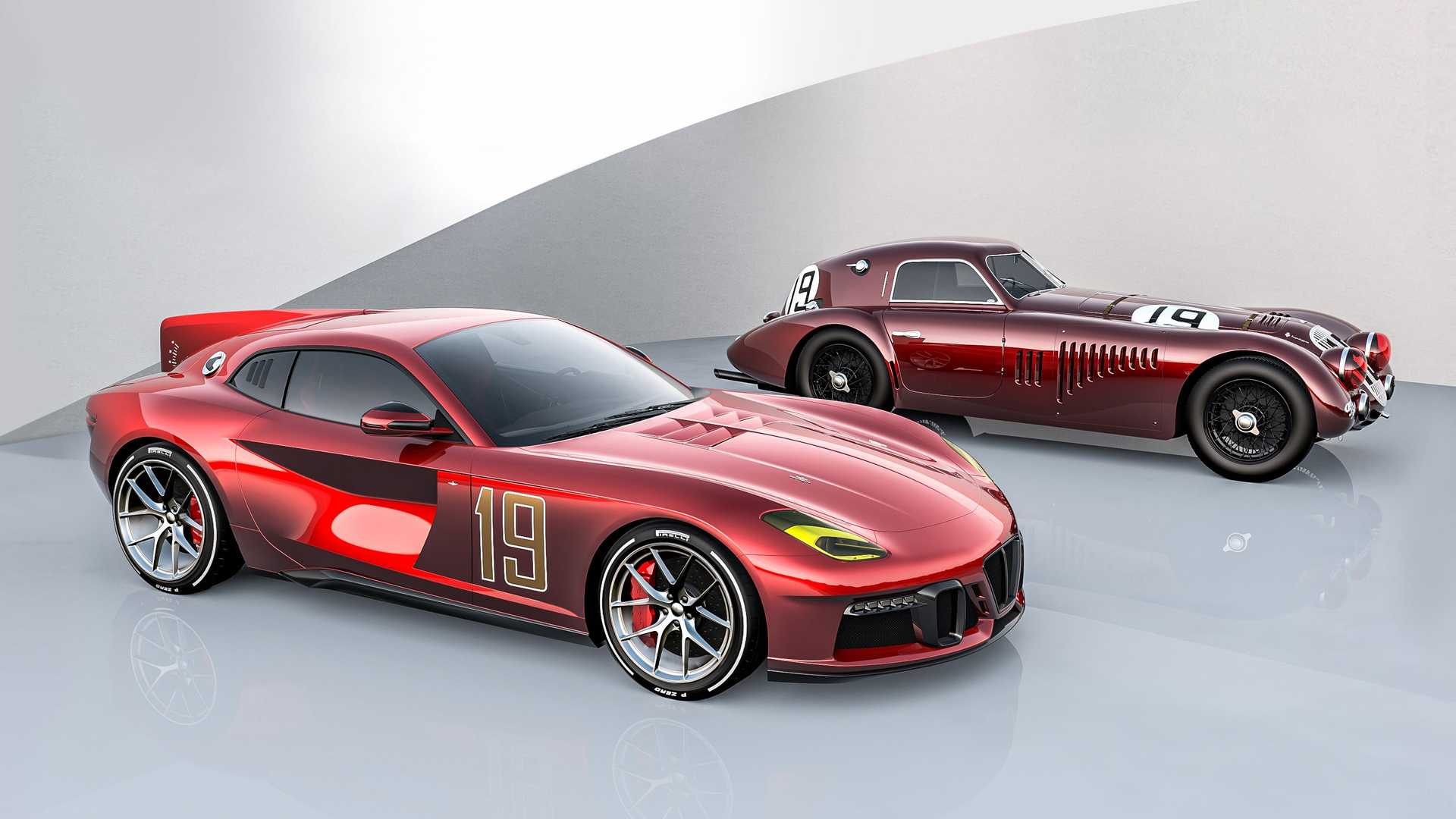 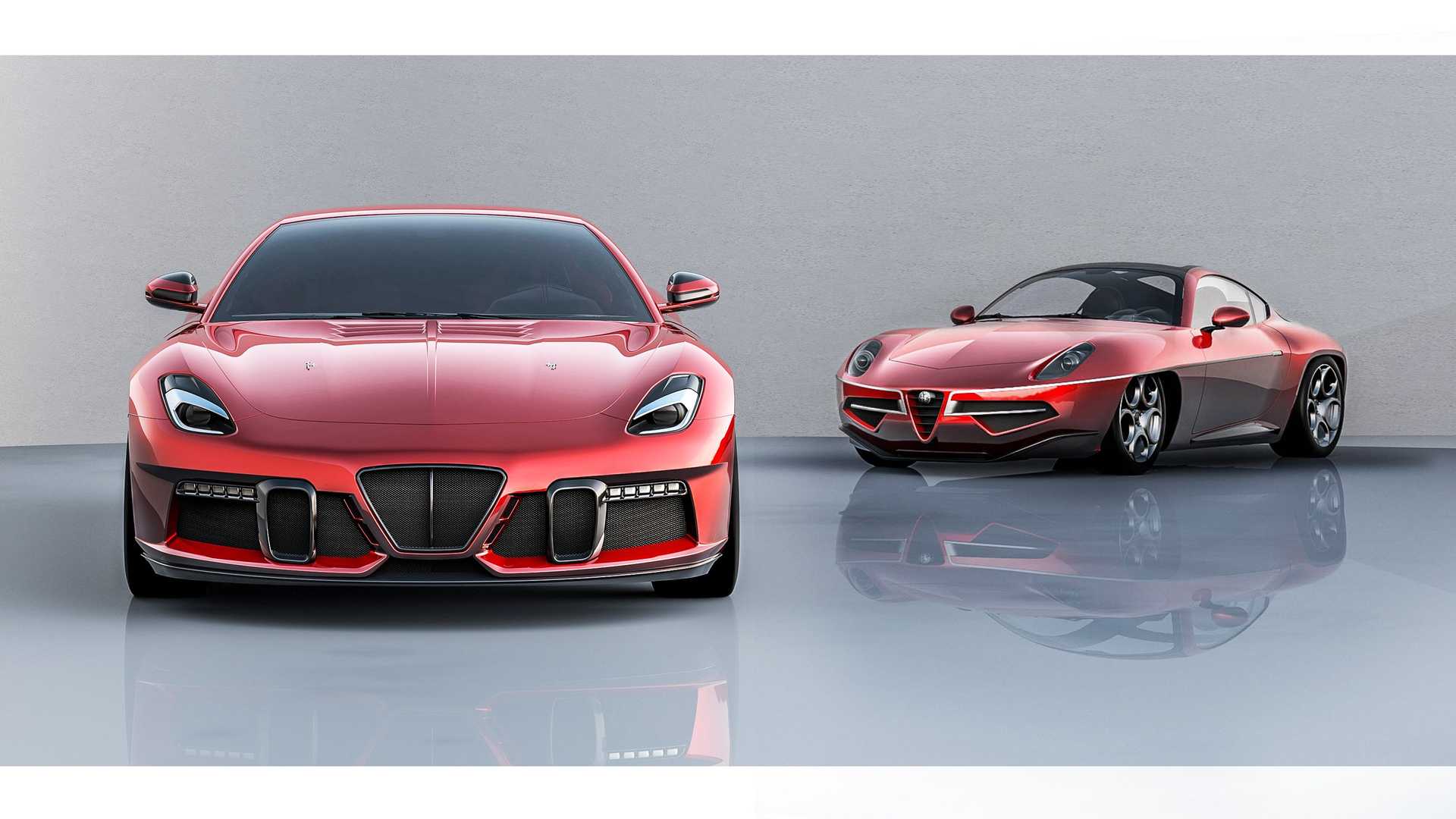 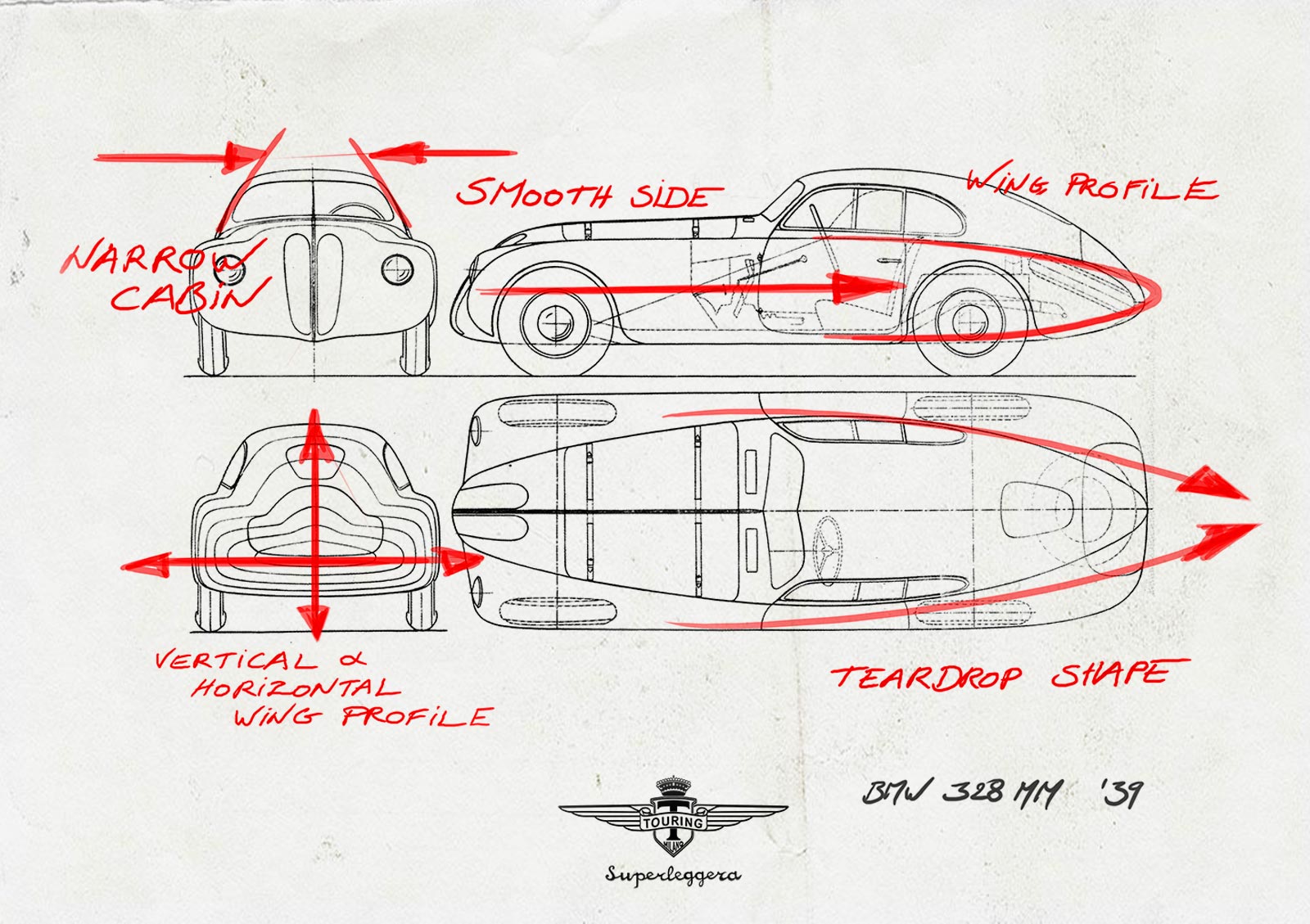 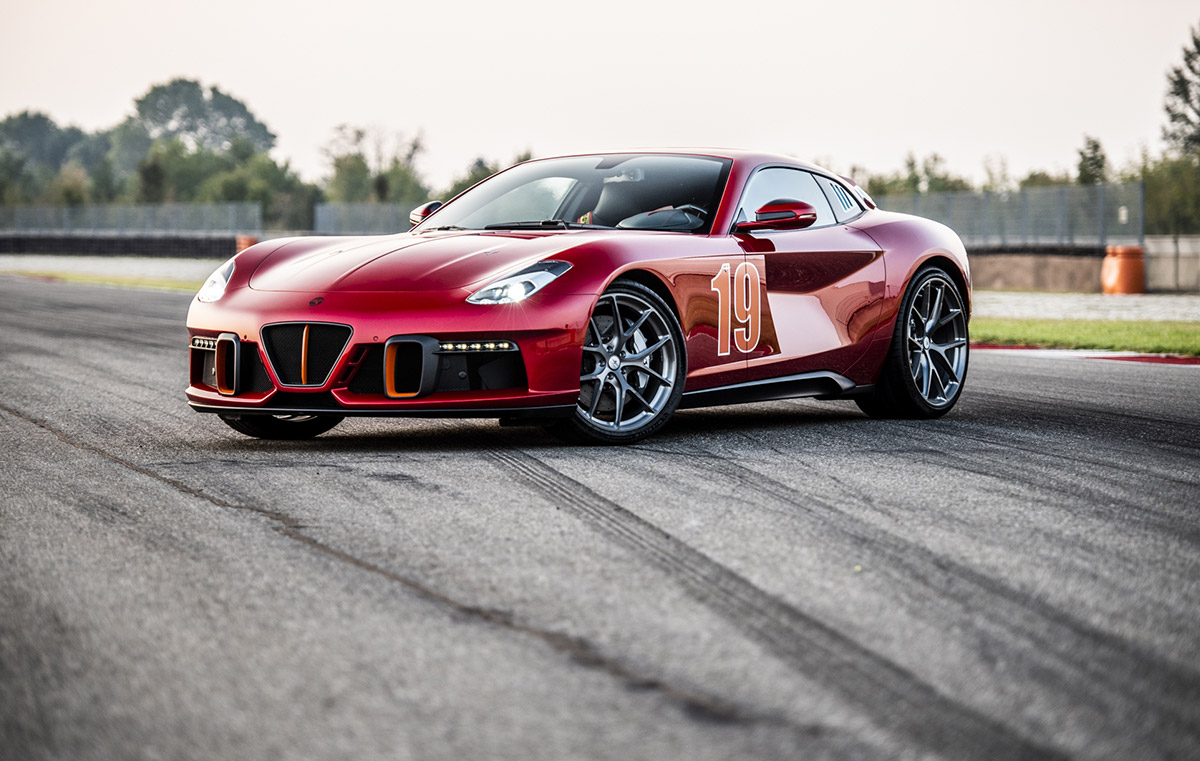 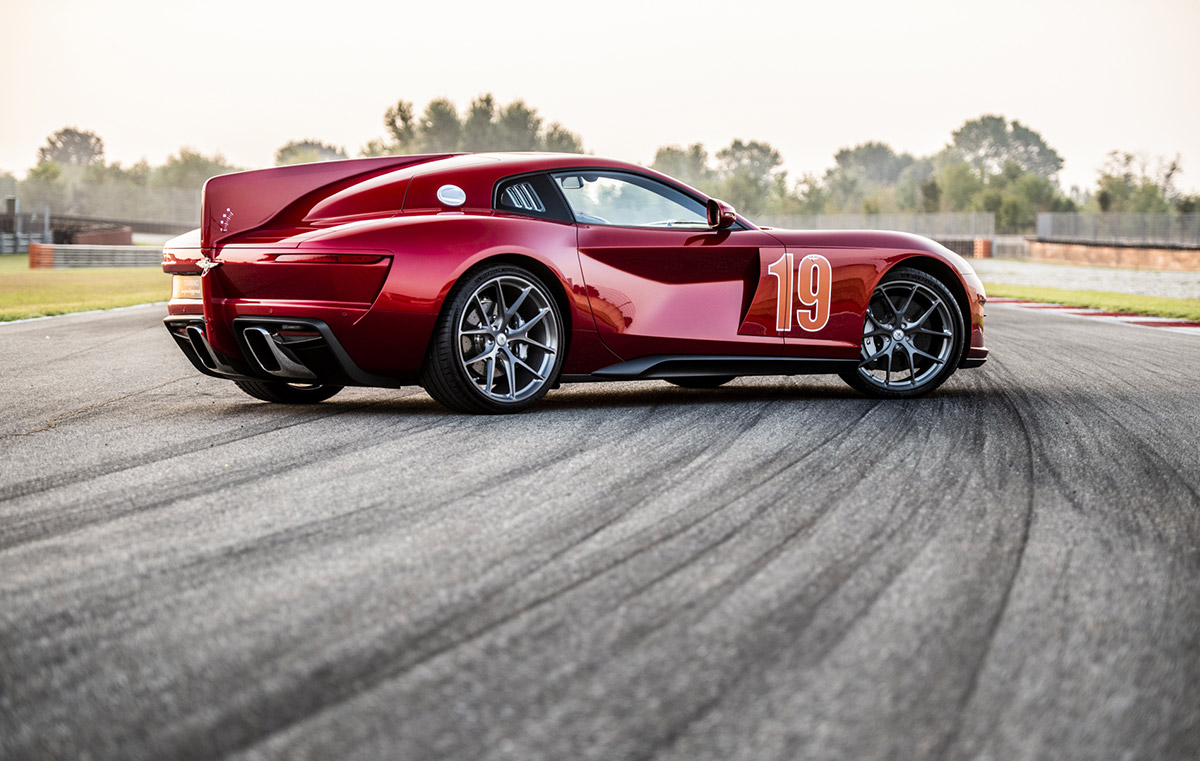 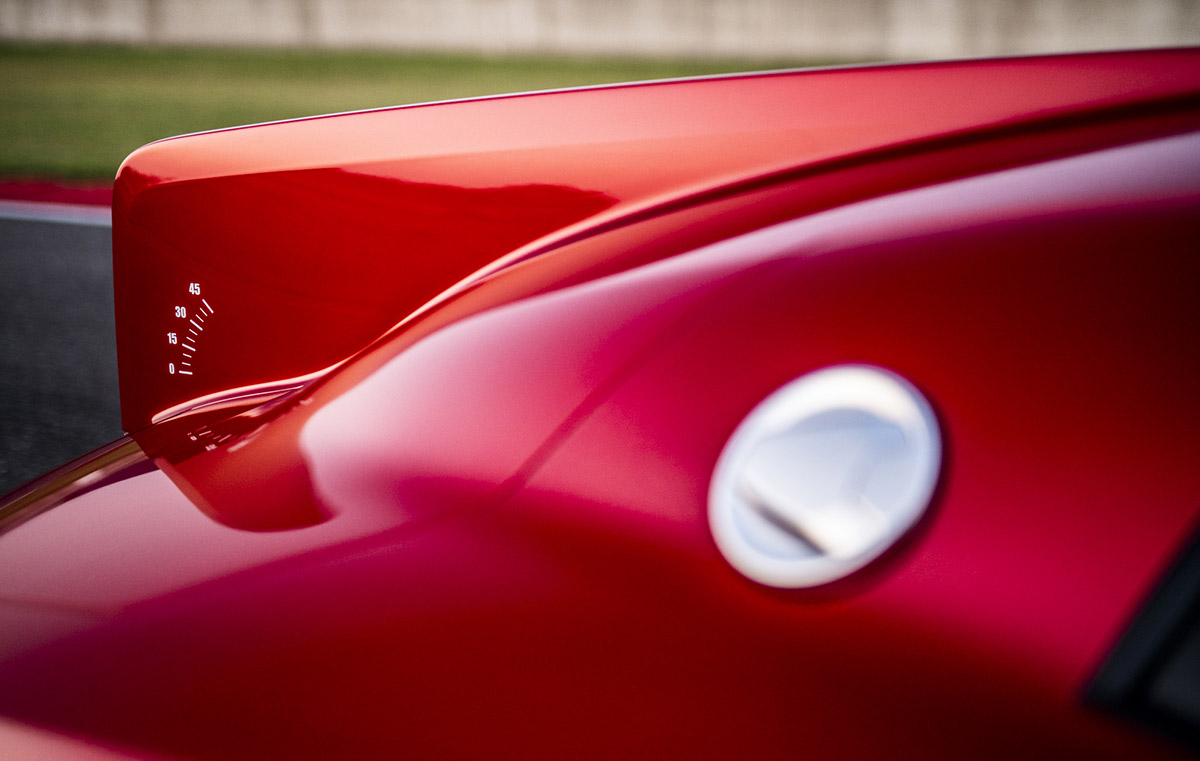 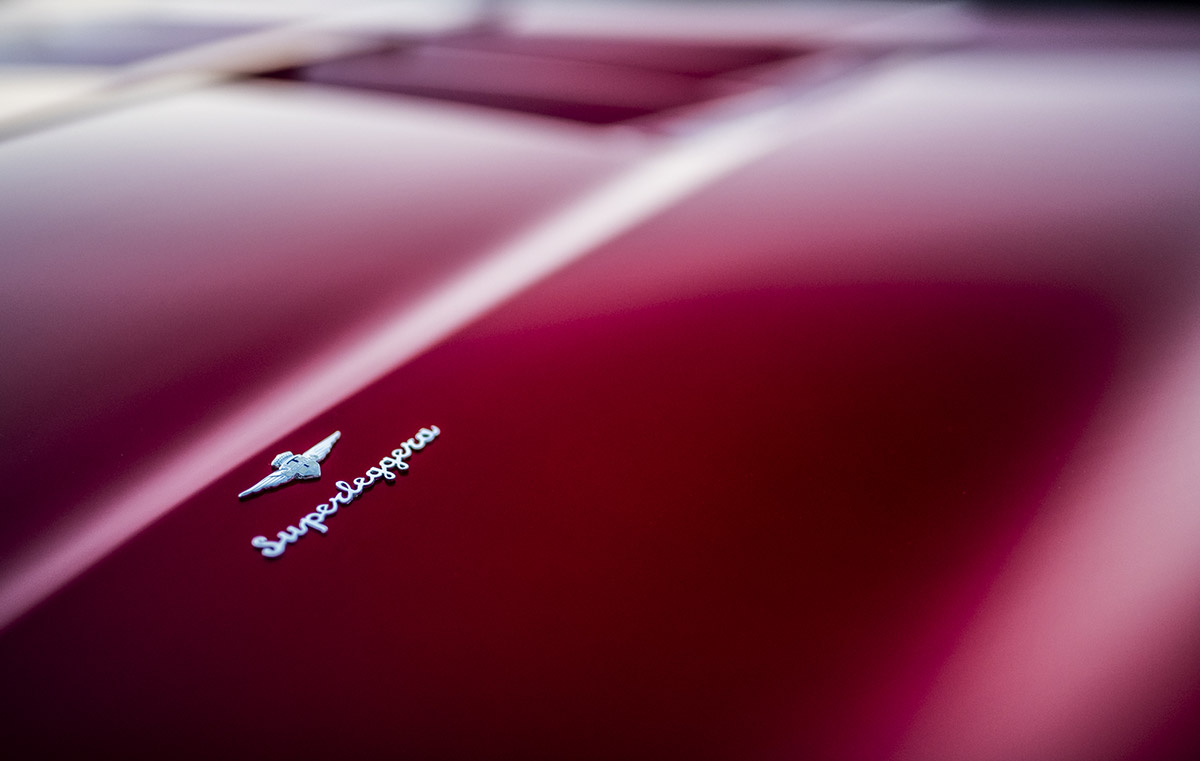 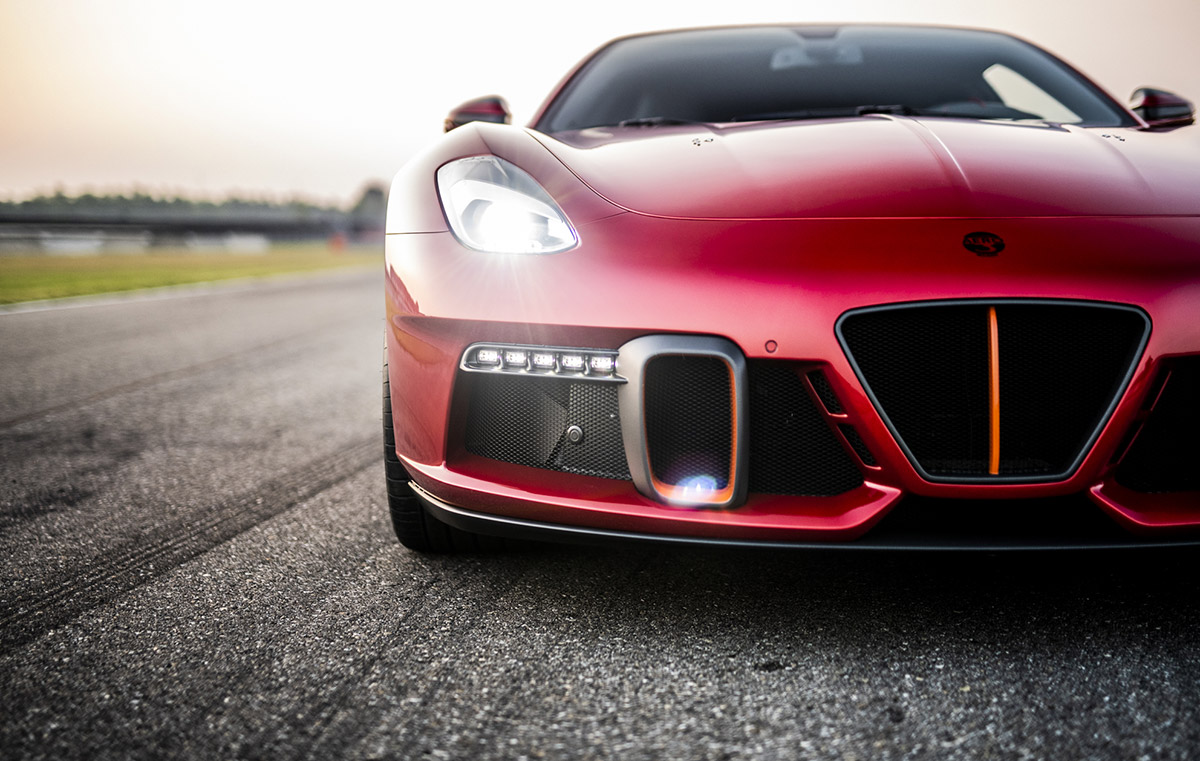 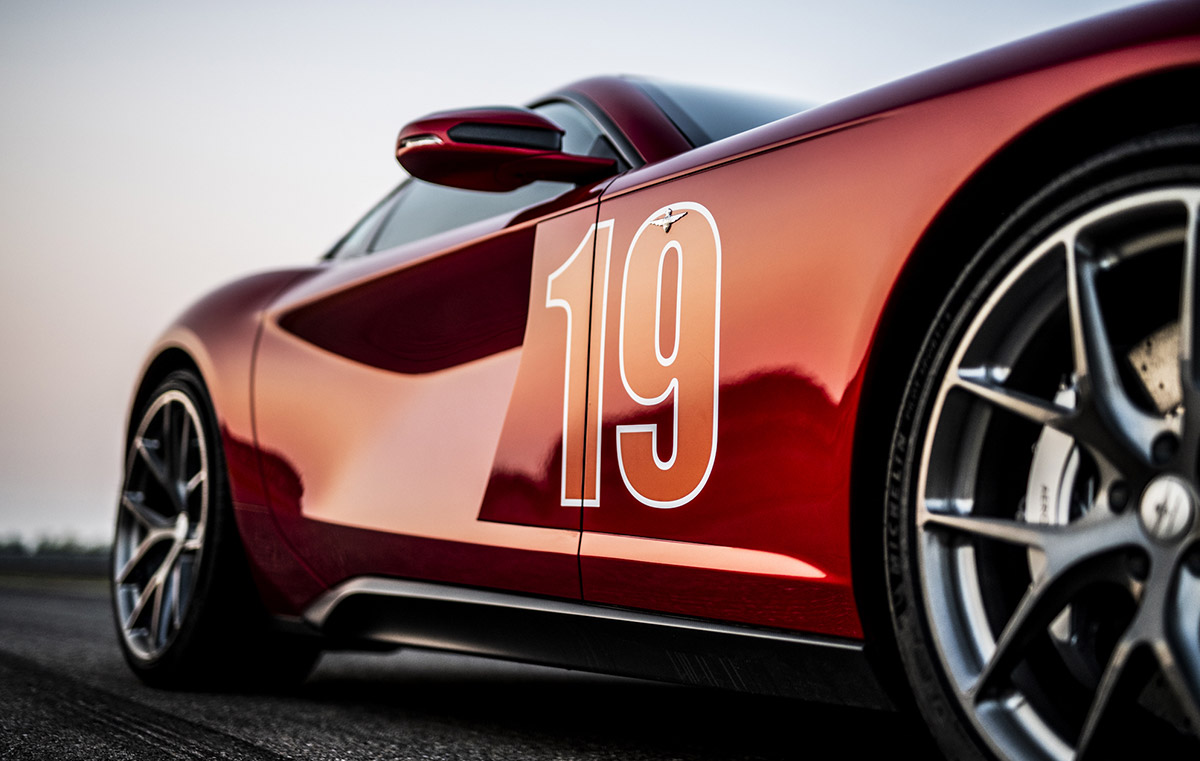 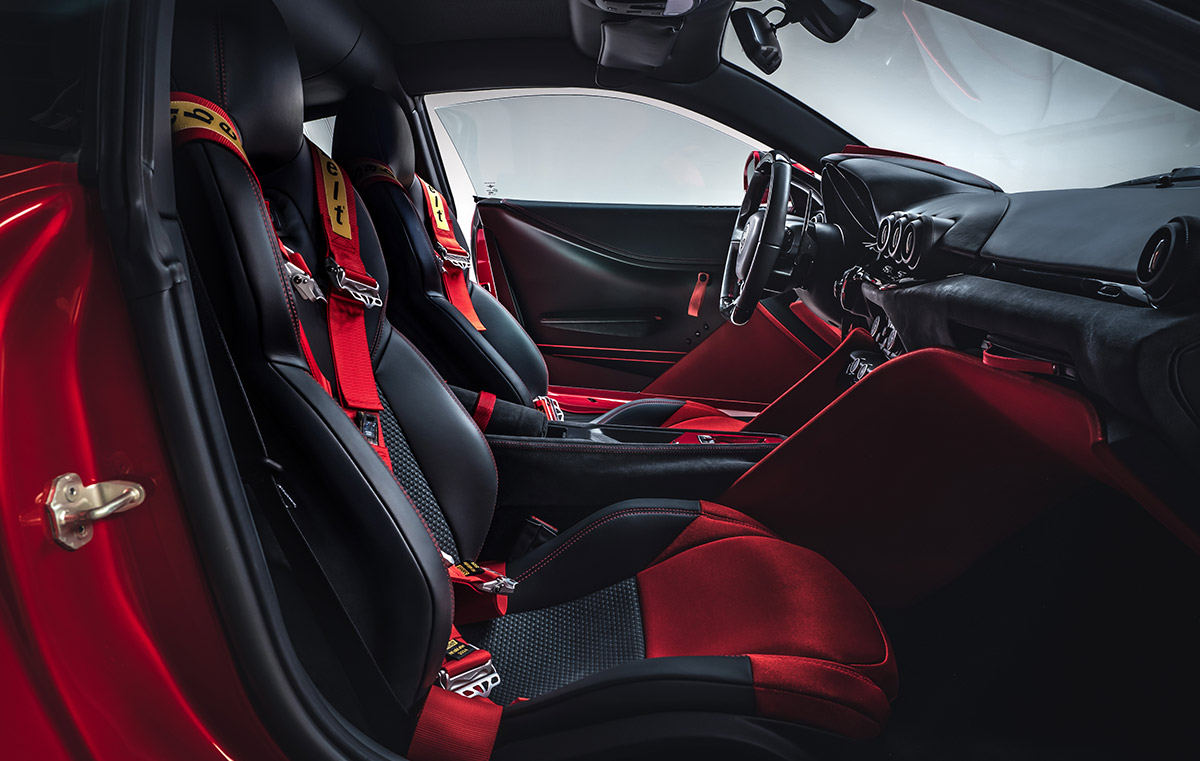 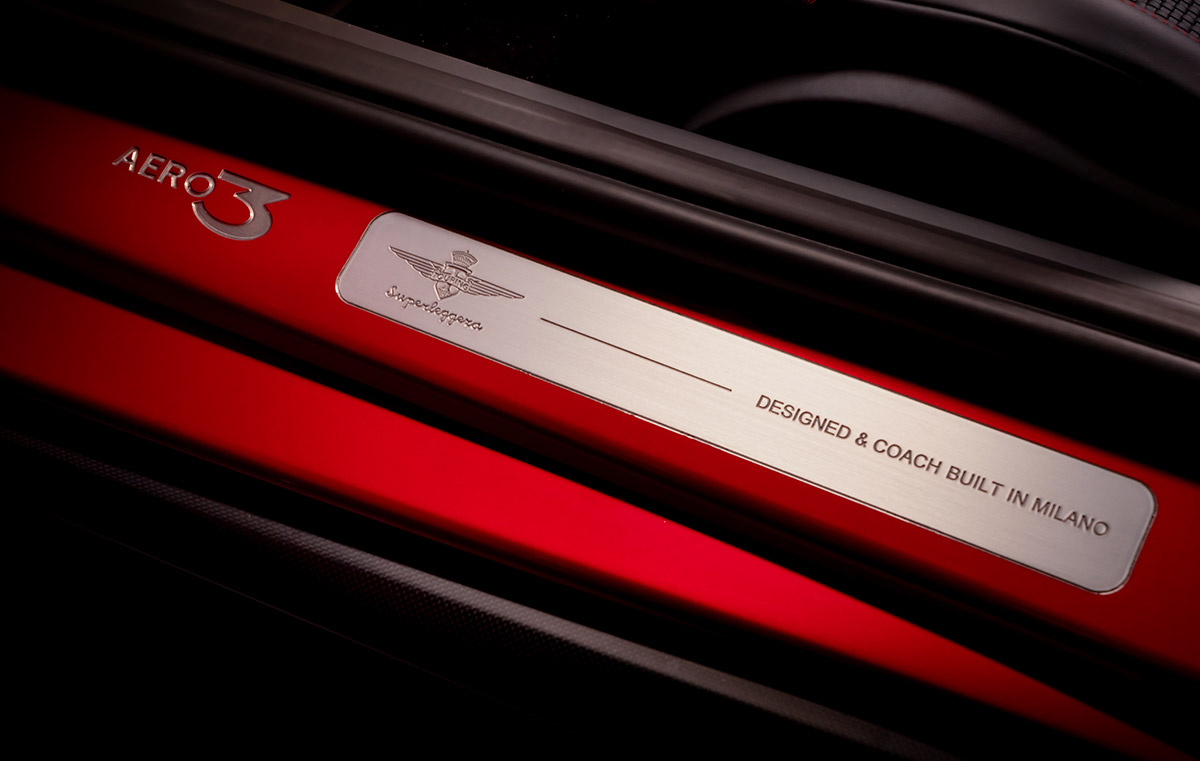 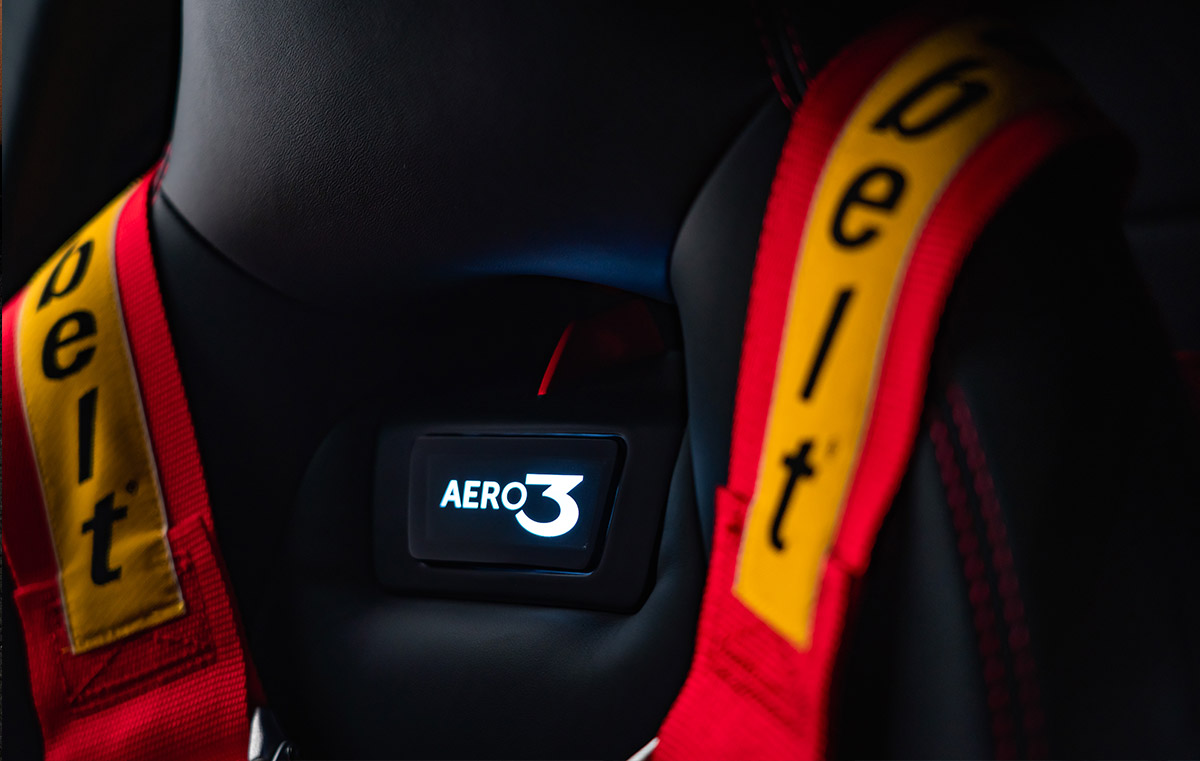 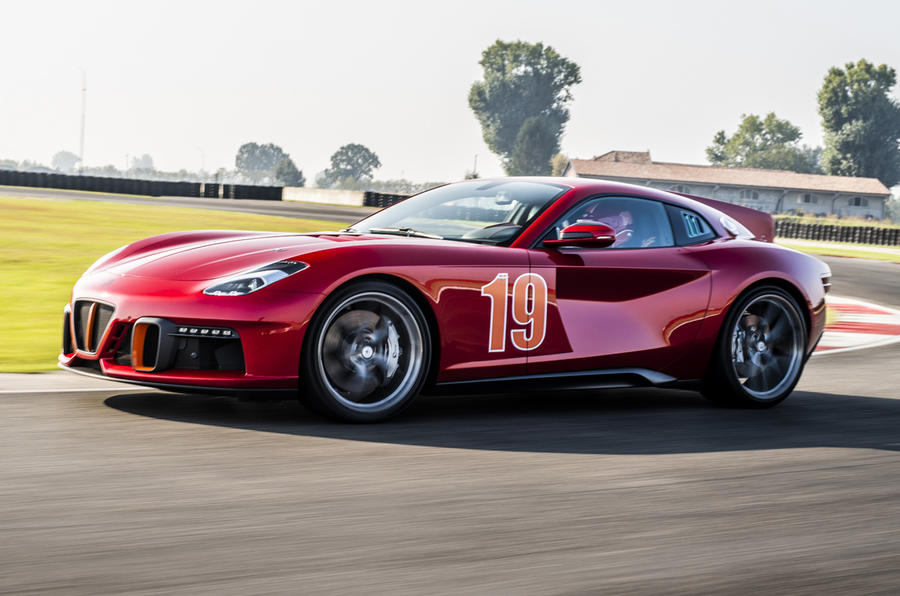 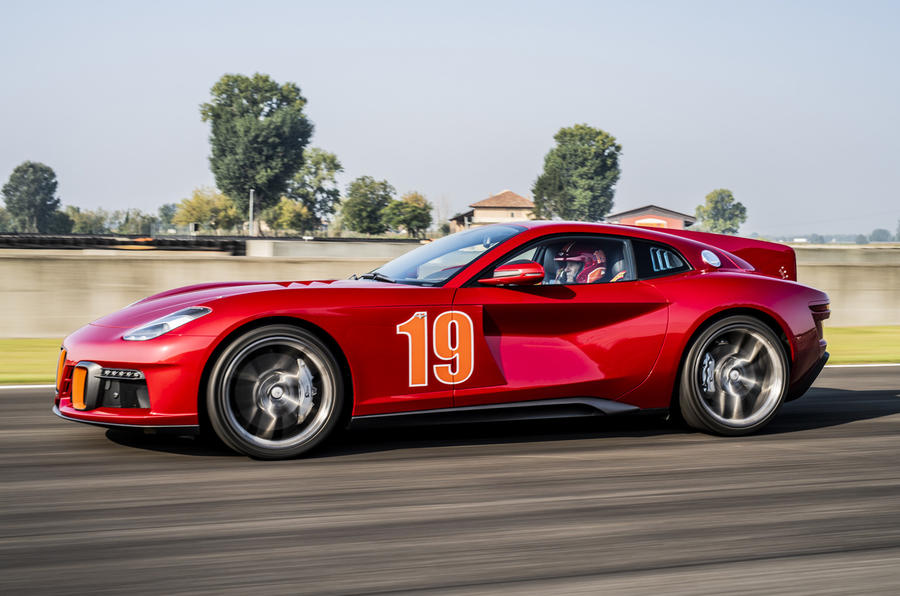 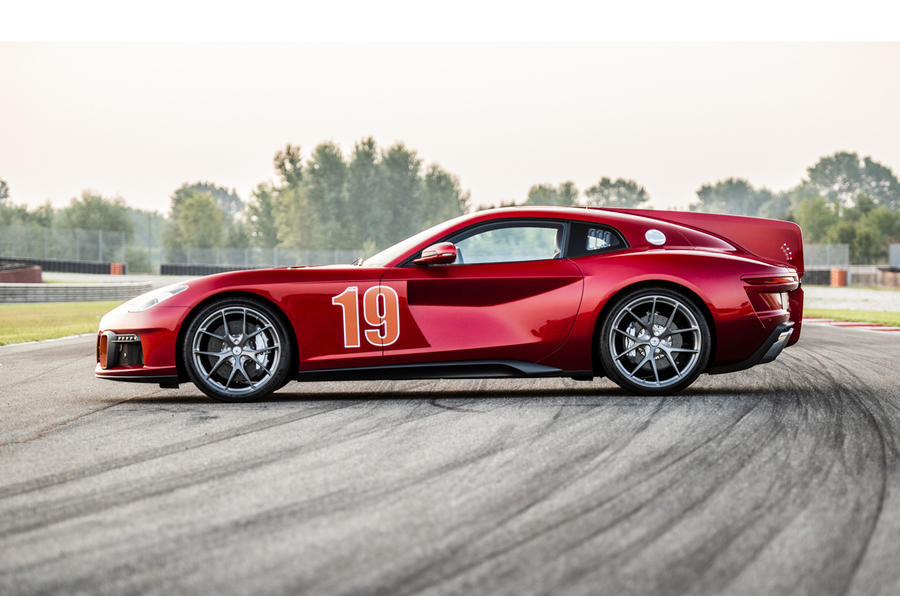 Milan based Coach-Builder Touring Superleggera is known for building some of the most beautiful modern cars like the Alfa Romeo Disco Volante and Mini Superleggera Vision.

Now Touring Superleggera has again made a come-back and reimagined the Ferrari F12 Berlinetta and it looks super gorgeous with all the retro charm. The Touring Superleggera Aero 3 is basically the Ferrari F12 Berlinetta with no mechanical upgrades and so its a two-door front mid-engine grand tourer with carbon fiber body panels and has the same naturally aspirated V-12 engine with a dual-clutch transmission.

What Touring has done is completely redesigned the donor F12 taking inspiration from Italian coachbuilders and 1930s race cars. The whole body is carbon fiber and is hand-built. There is a large fin at the rear which does serve any active aero purpose but is a styling cue from the 1930’s race. As Touring claims each car will take more than 5000 hours to completely build after the donor car is received.

Taking about the styling of the car, as said by the Coach-builder itself the Aero 3 is a tribute to the company’s own role in developing the “science of automotive aerodynamics,” when it first started to use wind tunnel to begin shaping design. The giant fin that stretches at the back from the cabin to the tail of the car “has no aerodynamic function in itself, but shows to the world about Touring’s aerodynamics legacy, from the 30’s” according to Louis de Fabribeckers, head of design.

The Aero 3 gets a completely new front end with a unique trapezoidal centre grille like Alfa Romeo cars along with and a pair of air intakes on either side and finished off with teardrop-shaped headlights with DRL elements. The bonnet is also restyled with more aggressive air intake replacing the F12’s trademark central air scoop, the side profile is also heavily redesigned and the doors gets large air ducts that channel air along the side of the car from extractors in the front wheel arches.

Mechanically no changes have been made to the power train of the F12 also retains the same aluminum spaceframe chassis which in itself is great. So the Aero 3 gets a naturally aspirated 6.2-litre V12 engine that makes 740 HP and 690 NM of torque, all the power is sent to the rear wheels via a seven-speed dual-clutch automatic transmission. But the massive use of carbon fibre body panels helped it save 150 kgs even with a 200 mm increase in length.

With all the power and lightweight of 1495kg the Touring Superleggera Aero 3 is capable of going from 0-100 kph in 3.1 seconds and can do a top speed of 340 kph which is identical to the Ferrari F12 Berlinetta.

Touring Superleggera Aero 3 is a very special car and to keep it more special only 15 Aero 3 will be ever built out of which three cars already got sold. The show car seen in the pictures above wears the livery inspired by the Alfa Romeo 8C 2900B LM Coupé Berlinetta Aerodinamica which raced in Le Mans in 1938. The paint used is called Stratosphere Red that was also applied on the Alfa Romeo Disco Volante in 2013. Aero 3 Made its first public appearance on September 23 at the Salon Privé Concours d’Elégance, which took place at Blenheim Palace in the United Kingdom.

The Coachbuilder didn’t mention anything about the cost on the press release but said only 15 cars will be made and each can be configured according to customer preference. It will take a maximum time of 6 months to fully hand build the car after getting the donor F12.

The Touring Superleggera is not just any custom build car but art on four wheels and the Italian firm has again proved that they are masters in coachbuilding.

So what do you think of the Aero 3’s radical styling? Did you like the rear fin? Put your thoughts in the comments below. 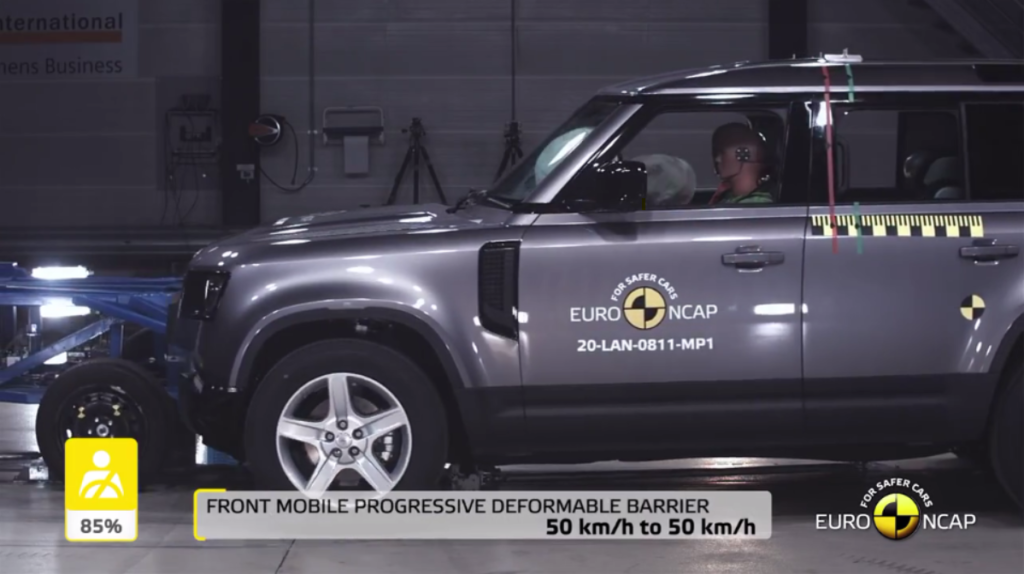