Tesla, the US E.V giant has confirmed its India operation and will be setting up its manufacturing and R&D unit this year. Last month, the US carmaker incorporated Tesla Motors India and Energy Private Limited registering its office in the I.T hub of India, the city of Bengaluru in Karnataka. The Manufacturing unit could be made in the state of Gujarat. With that said let’s have a look at the Cars and SUVs that Tesla Inc. manufactures and have an idea what would be Tesla product portfolio for the Indian market.

For a premium car brand like Tesla which comes in the class of Porche, Audi, BMW, and more brands like that, it will really be interesting to see how they will work on the sales figure for the electric segment which is so already so small in a country like India but with the arrival of the carmaker itself, it will help in the boost of E.V segment for the Indian market. Now let’s discuss about Tesla’s product line-up.

The Tesla Model 3 considering the performance on offer is fairly good deal in the International Market against the price its being sold. However, in India, it will be priced more than Rs 55 lakh as per some sources as the car will be sold only in CBU form upon its launch as of now. 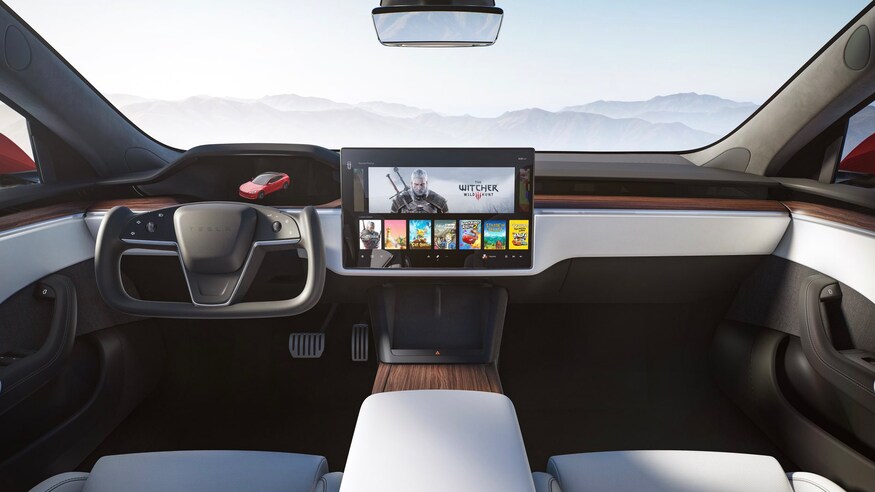 The Tesla Model S is one of the most appealing and attractive Tesla on sale and is the car that gave the Brand global recognition. It’s even of the oldest Tesla model on sale and still is the best all-electric car you can buy considering its performance, safety, comfort, and equipment on offer. It recently got an update for the global market and now it even more Ludicrous and better than before. Some of the highlights of the Tesla Model S are- gets a large 17-inch tablet-style infotainment screen that allows the user to control and see every vital information of the car, also the powertrain options available with each variant. The Model S is also one of the safest car on sale right now and has scored an impressive five-star safety rating in the Euro NCAP test result.

Talking about its powertrain briefly it’s offered with the option of dual and triple motor setups according to the variants. The base version of the Tesla Model S called the Long Range Plus with a dual-motor setup is rated at 650Hp and can do a 0-100kph sprint under 4 seconds and has a claimed top speed of 250kph along with a range of 647km on a single charge. The now-discontinued Performance version of the Model S had claimed to do a 2.5sec 0-100kph sprint in 2.5sec and had a range of 623km. But it is replaced now by rather more appealing and more Ludicrous Plaid and flagship Plaid+ Versions which will be offered with triple-motor setup, the Plaid version is rated at 1020 HP while the flagship Plaid+ version will have whooping 1100 HP. Tesla claims this new Plaid version can do a 0-100kph in just 2 seconds and there’s no doubt in that looking at the power output, it can also do a claimed top-speed run of over 320kph with the right set of wheels and tires. The range on a single charge is claimed to be 830km thanks to the use of a new high-energy capacity battery pack and with the Plaid+ flagship version the range is further increased to more than 840km which is highest for any production electric car. Priced at more than $140,000 US it will be the most powerful, expensive and fastest and quickest accelerating production car on sale both IC engine and electric car. 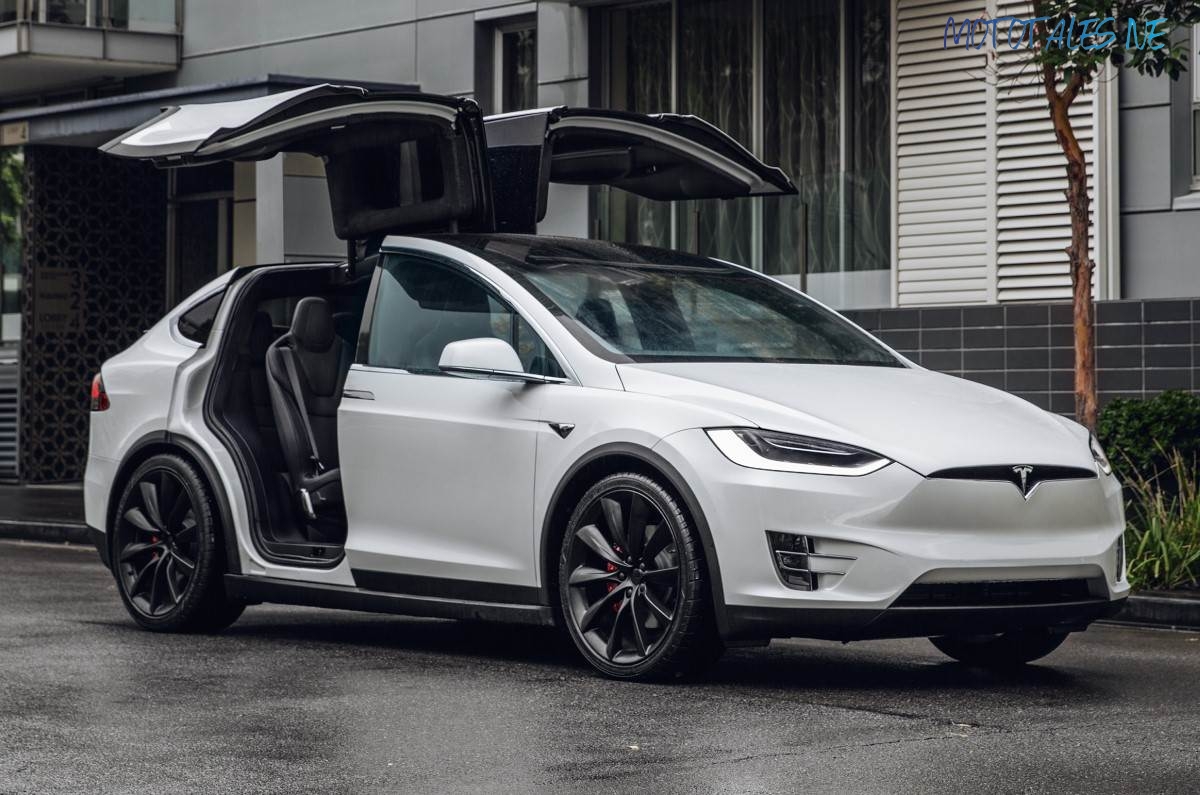 The Tesla Model X is what a SUV from Tesla would look like. But its technically more of a crossover than a SUV but it is what it is. The most eye catching technological thing about the Model X are its rear ‘Falcon Wing’ doors that open upwards and is fully automised. Beside the powertrain its also offered with adaptive full air-suspension. Other signature Tesla Technology like Auto Pilot or self driving techs are offered too. The Model X is a big car and with that there is lots of space on offer, so that means its offered with 3 seating configuration, 5-seater, 6-seater and even a 7-seater version. Talking about motor setup it comes with dual-motor setup as standard and the top variant gets triple-motor setup which after the latest update has a peak power output of 1020 HP making it one of the fastest SUV or Crossover in the world. the Model X also gets AWD configuration fir all the varaints. Just like the Model S sedan the Model X also got update for 2021 and now offered in Two Variants- Long Range and Plaid which replaces the previous base trim 75D and mid-spec trim 100D and P100D top-of the line varaint. The Long Range varaint can go upto 580Km on a single charge and has top speed of 250Kph while the Plaid varaint of Model X with tri-motor setup has a range of 548Km and has top speed of 262Kph and can do a 0-100Kph run in just 2.5sec considering its size. 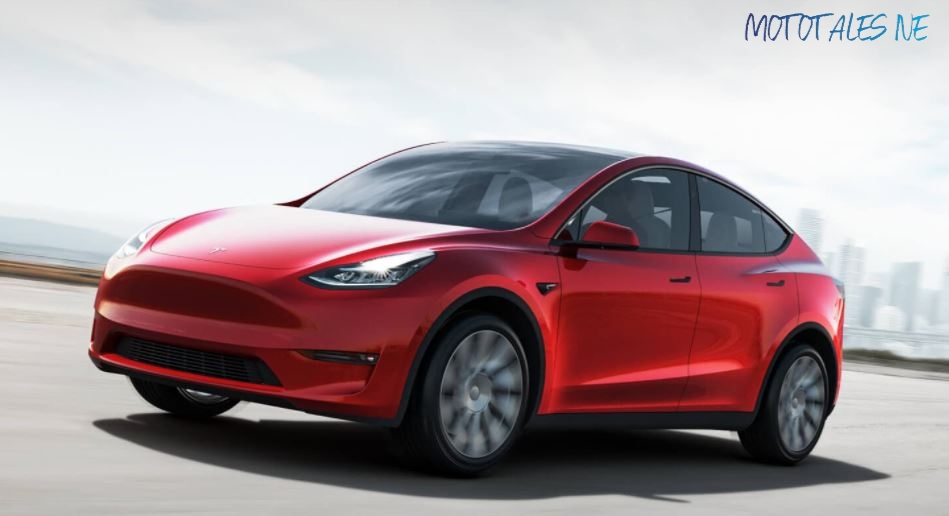 The Tesla Model Y is the brand’s newest addition to its line-up of cars and SUVs and is an affordable SUV in terms of pricing compared to the Flagship Model X SUV. It shares most of the things like the whole platform, mechanical and electrical components with the Model 3 sedan. It was designed keeping in mind to give buyers the best of both Model X SUV and Model 3 sedan. Gets the appeal of the larger Model X and has a simplistic interior and usability like the Model 3.

Even its not big in size like the Model X, the Model Y is also available with three seating configuration- 5,6 and 7-seater just like it bigger sibling but misses out on features like the Falcon wing doors. Just like bigger SUV Model X its also offered with dual motor setup and gets all-wheel-deive option. Its offered in 3 varaints in total- Standard(with single motor rear-wheel-drive only) and Long Range and Performance(both with dual motor setup that comes with all-wheel-drive configuration). The Base Standard with rear-eheel drive option has a range of 393Km and can do 0-100kph in 5.3sec with top speed of 217Kph. The Long Range trim with dual motor all-wheel-drive setup has a range of 525km while the Performance Trim can do 0-100kph run in 3.5sec. The Model Y could be the second car for India that may follow the Model 3. 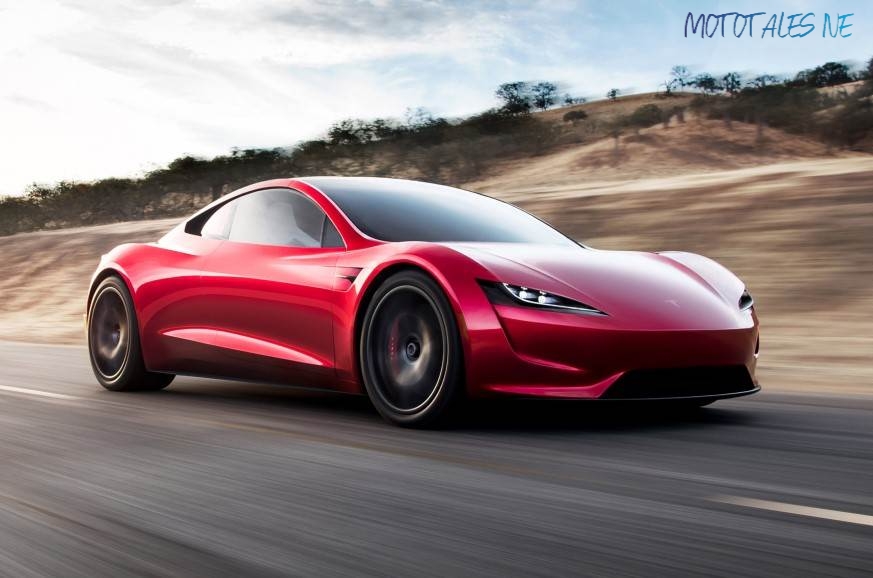 The Tesla Roadster was the first car ever made by Tesla for series production and it was also owned by the Brand’s CEO Elon Musk. A first-gen Tesla Roadster car was also sent in space in a Mission by Elon Musk’s Space Company called the SpaceX. Now Tesla is working on the Second-gen Roadster which was unveiled in 2017. It will be a convertible and get triple-motor setup with all-wheel-drive function. Upon launch as the brand claims it will be one of the quickest accelerating 4 seater electric hypercar that will be able to do 0-100kph in 1.9sec and do a record setting quarter-mile run in 8.9 seconds which will makes it one of the fastest for a series production car and will have a top speed of more than 400kmph with a range of nearly 1000km from a 200kw battery pack and all this in the standard guise.

There will also be a more mad version of the New Tesla Roadster which will get compressed air rocket boosters, which will help it accelerate even more faster and with that Tesla is hoping for a 0-100Kph run time of just 1 sec. Its Elon Musk and Tesla so doesn’t seems impossible.

Tesla Cybertruck was unveiled in 2019 and it took the Automobile industry like storm mainly beacuse of it different outer space, apocalyptic design. The concept looked like a Car from future or the game called the CyberPunk. Many hated the design but I loved it. It featured reinforced stainless steel exoskeleton like body style. Almost all Tesla concepts make into production, but in this case Elon Musk has confirmed that the production vesrion will have some design changes here and there. Its still not being sold on International market and I don’t think it will make it soon to India. Other features include adaptive air-suspension sytem. The Cybertruck will be offered in three variants or powertrain options- base version with a single motor RWD only with a range of over  402 km, a dual-motor AWD version that will have a range of over 482Km and a top-spec triple-motor setup AWD version with range of more than 805 km, this version can also do 0-100kph run in less than 2.9sec.

These are the Cars and SUVs that are made by Tesla which a technologivcally advanced, safe and drive friendly than many cars out there. Beside this Tesla alo makes full electric Semi Trucks or Tractor Trailers. All Tesla cars or SUVs are loaded with technology and features even if its the base variant and some of the features like OTA(Over-The-Air) updates, connected car tech and standard across all models. This said being a Premium Brand the India-bound Tesla cars will also get almost all the features like the international models.

So which is your favourite Tesla? write us down below in the comments.

FASTag will be mandatory from February 15 Midnight 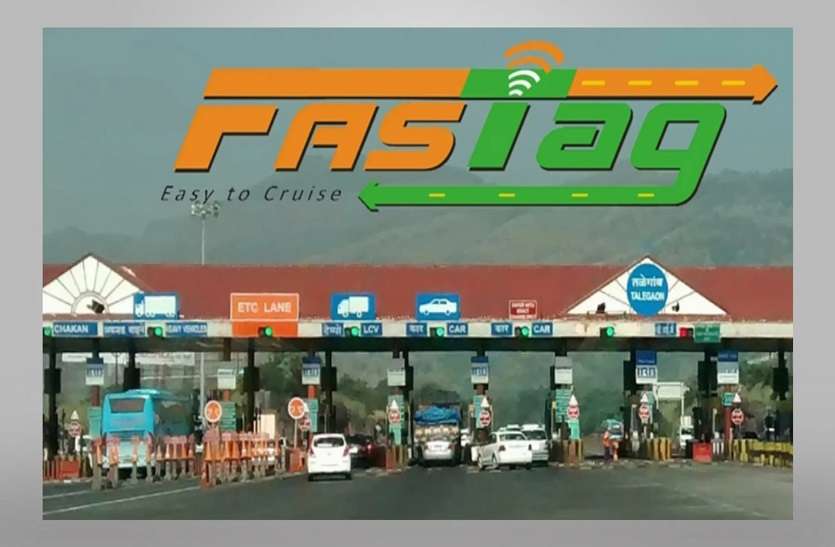