Suzuki Jimny or the Gypsy as we all know it in India has finally been launched in a totally new Avatar. 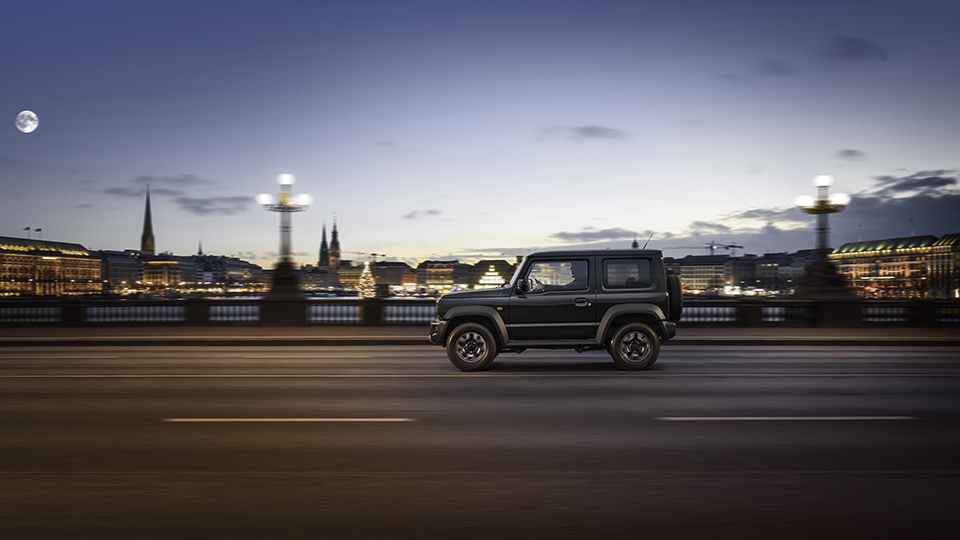 We can call it 4th gen Suzuki Jimny which has already built up its own cult soon after its launch in the international market in 2017. Sadly in India, we won’t be able to see the capable small size off-roader soon enough as Maruti Suzuki India has not thought off launching it in the Indian market in the classic 3-door option like the global model, which already is bad news for enthusiasts like me and others, but there was good news that Maruti Suzuki was thinking of launching a more appealing 5-door model in the year 2021 retaining all its mechanical bits from its capable three-door model sibling.
The most attractive bit about this New Jimny is its boxy design with round LED headlamps, squared-off wheel arches and the somewhat Jeep style grill design. The round LED lamps also resembles its heritage from the 1st and 2nd gen Jimny.

With the new Jimny Suzuki has tried to retain the look school design cues from headlights, grille and the bonnet in the front to the rear tail lights. Overall it looks modern but the boxy old school design is what making it a hit across the market all over the world.

The new Jimny comes with loads of features that makes it a tough contender on and off-road. A body on ladder frame chassis along with 4×4 manual transfer case rigid axles with coil springs on all four corners are some of the most highlighted features. 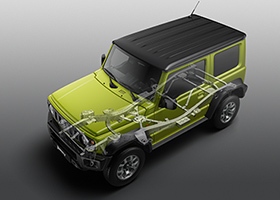 Equipped with a 1.5 litre engine, it takes you wherever you want to go with superior agility and powerful torque when you need it most. The 1.5 Litre natutally aspirated petrol engine is the same unit that comes equipped in new Vitara Brezza in India that produces110HP at 6000 RPM and 130 NM of torque at 4000 rpm in the Jimny. If we look at the figures it does not seems to be enough power for an off-roader but the Jimny just weighs just under 1500kgs (1435kg) which gives it a decent power to weight ratio and also makes it fuel economic.

THe Suzuky Jimny was always a foucused light weight off-roader and From the first generation itself it uses a body on frame ladder chassis that offers serious off-road performance.

Suzuki Jimny runs on multi link rigid axles in both front and rear with coil springs. This provides a superior grip on uneven surfaces. As a result of using this suspension setup, when an obstacle pushes one wheel up, the axle presses the other wheel down which provides more traction and that is all needed when you’re off-roading.

The Suzuki Jimny is a true 4X4 and has a manual transfer case. The ALL GRIP PRO system lets you shift the transfer lever to the 4L mode when you want to pass over extreme conditions that require maximum torque and traction.
Advertisement 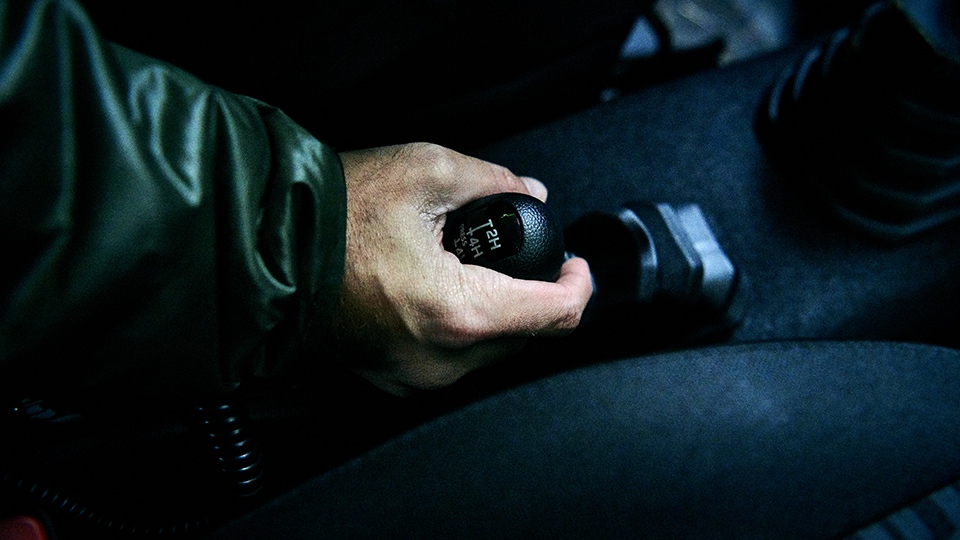 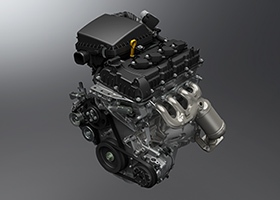 The Jimny has great numbers with when it comes to off-roading terms like the approach angle of 37degrees, break-over angle of 28 degrees and Departure angle of 49 degrees so you don’t have to think much when off-roading and keep pushing forward.

Suzuki Jimny comes with an intelligent Brake LSD traction control system which enables that, if two wheels diagonal from each other lose grip the system automatically applies brake to the slipping wheels and redistribute torque to the other two wheels, this provides better traction over slippery surfaces.
It also comes equipped with Hill-Hold control and Hill-Descent Control that activates with just push of a button.

In terms of safety, Jimny uses two sensors- a monocular camera and a laser sensor—this determines any risk of collision while moving with a forward vehicle or pedestrian. Upon detecting a potential collision, the car can apply emergency brakes by itself and reduces any further risk. Also, this feature comes equipped in the European variant only.
Safety features like dual airbags, seat belt reminder, ABS with EBD, auto headlights, and cruise control are standard. The top of the line model also comes equipped with a lane departure warning system.

Some other creature comforts like dual-zone climates control come standard, also the interiors feature a 7″ touchscreen infotainment system with Android Auto and Apple car play as standard. This touch screen unit can also be seen on other Suzuki offerings in India and is loved by many. 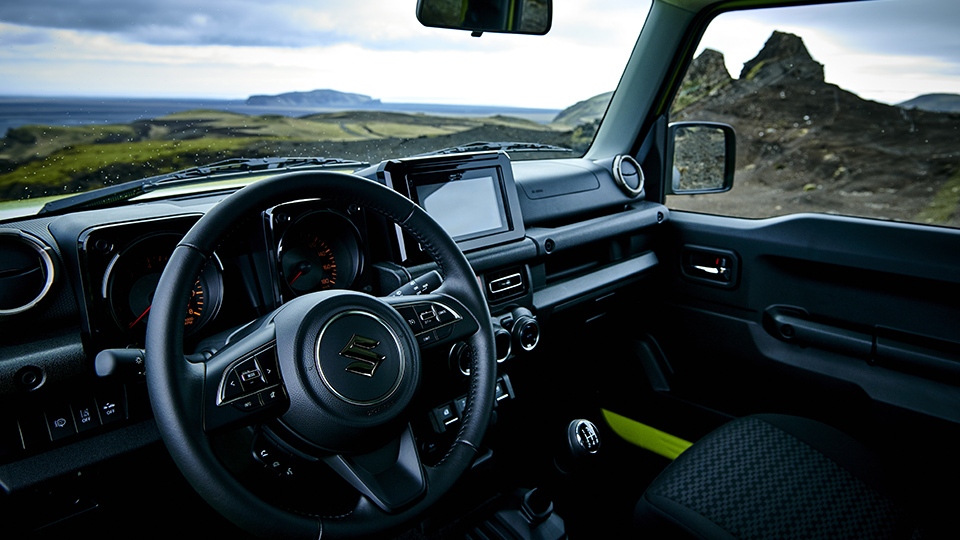 Overall Suzuki Jimny is peppy fun to drive off-roader that can conquer mostly every terrain like any other super SUV from makers like Range Rover & Jeep and Jimny worth every penny. Also being a Suzuki and the size it is it will be a low-cost maintenance car and will not hit your pockets hard with every service, unlike other hardcore SUVs.
Jimny 2019 World Urban Car

Next post on some of the best hot hatch in 2020

One thought on “Suzuki Jimny the latest generation Gypsy details.”

Best Hot Hatchbacks in India and Upcoming ones

Sun Jul 5 , 2020
Spread the love Post Views: 1,534 Best Hot Hatchbacks In India July 2020   Hot Hatchbacks is the segment that most people think of when they want to buy a new car or buy a car for the first time. I will be sharing information about some of the best […]