SSC Tuatara the $1.9 Million Hypercar breaks record for the fastest production car on a closed road in Nevada.

SSC North America announced today that it has broken the 300mph speed record for production vehicles with its 1750HP Tuatara Hypercar or Megacar as some call it. Achieved a top speed of 331mph or 532.69kmph and a two-way average speed of 316mph or 508.5kmph which makes the SSC Tuatara the fastest production car in the world taking away the crown from Bugatti Chiron Super Sport 300+. 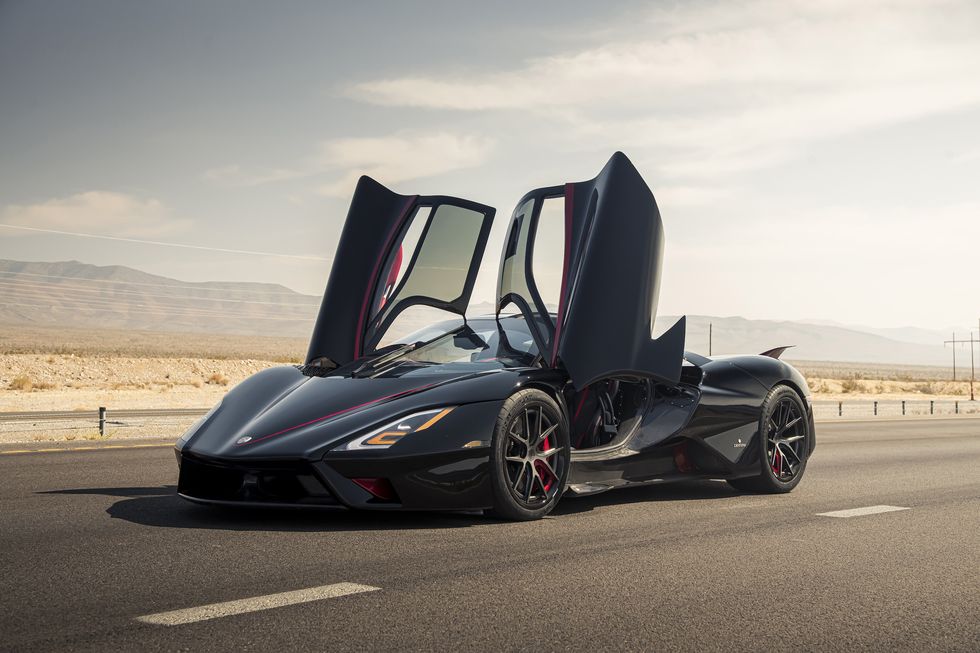 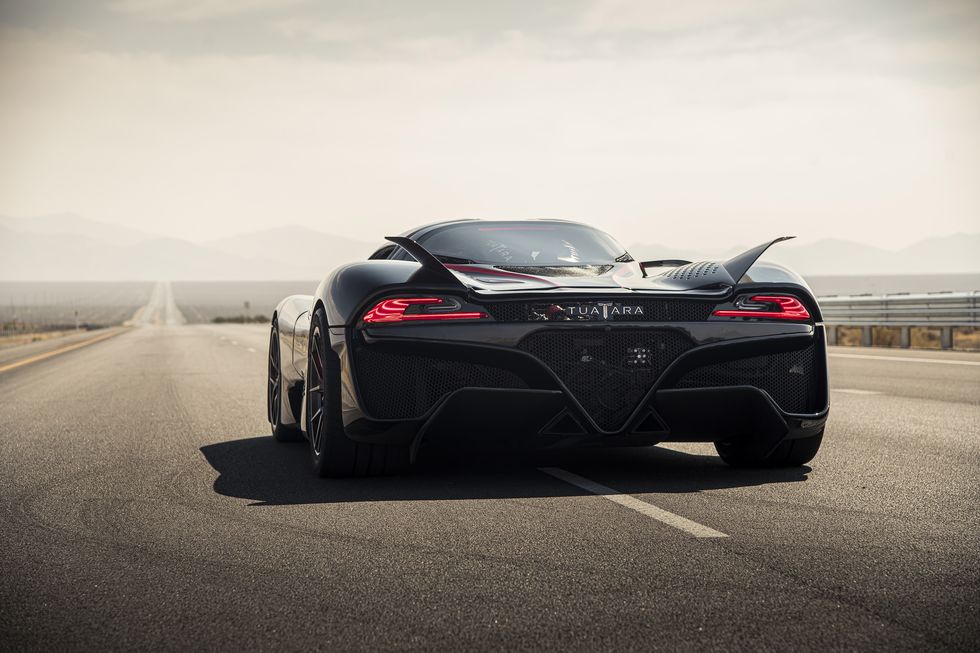 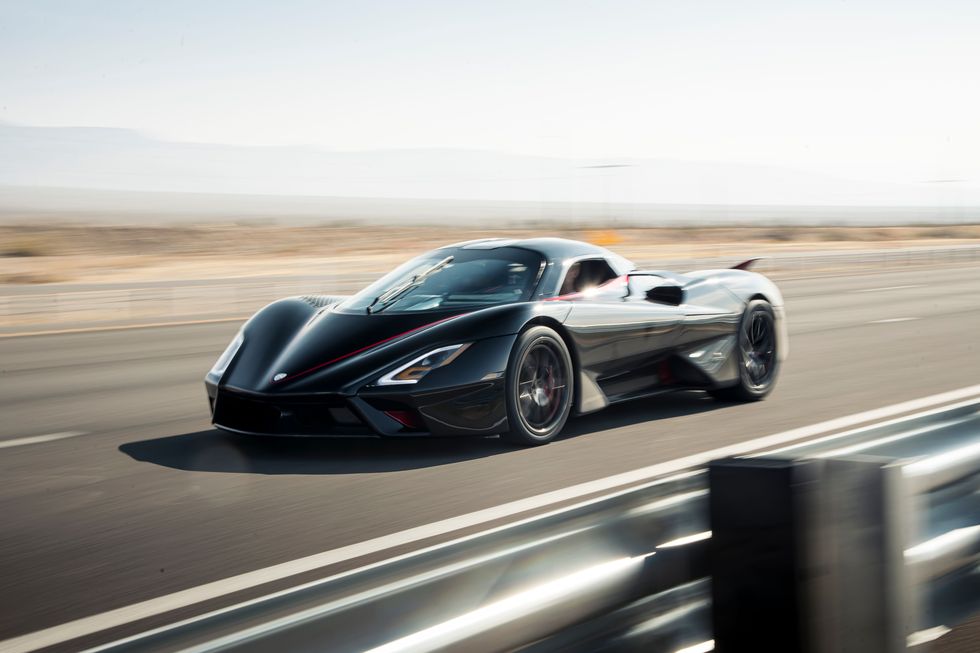 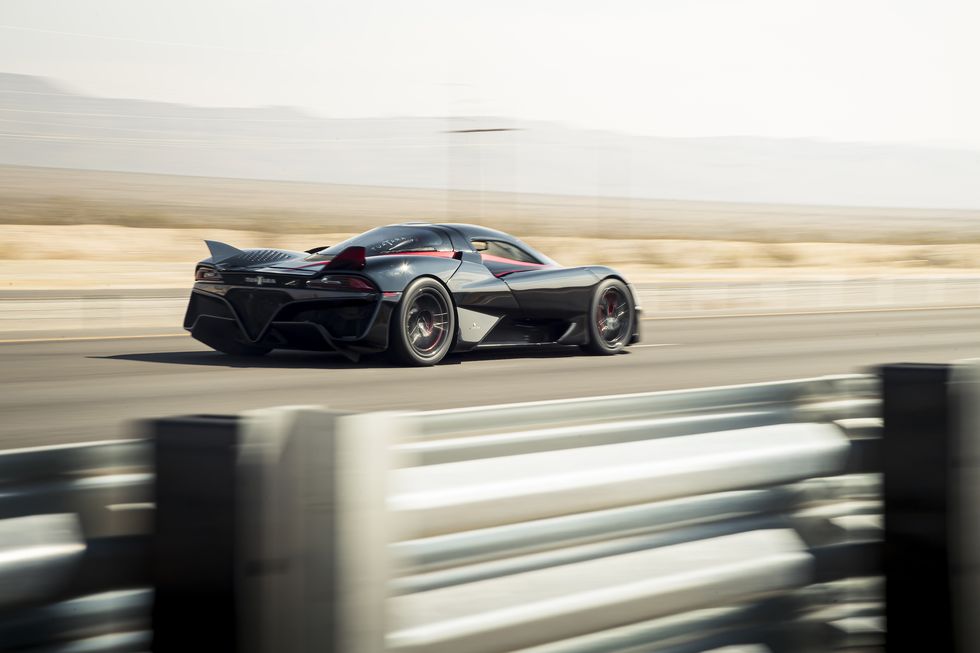 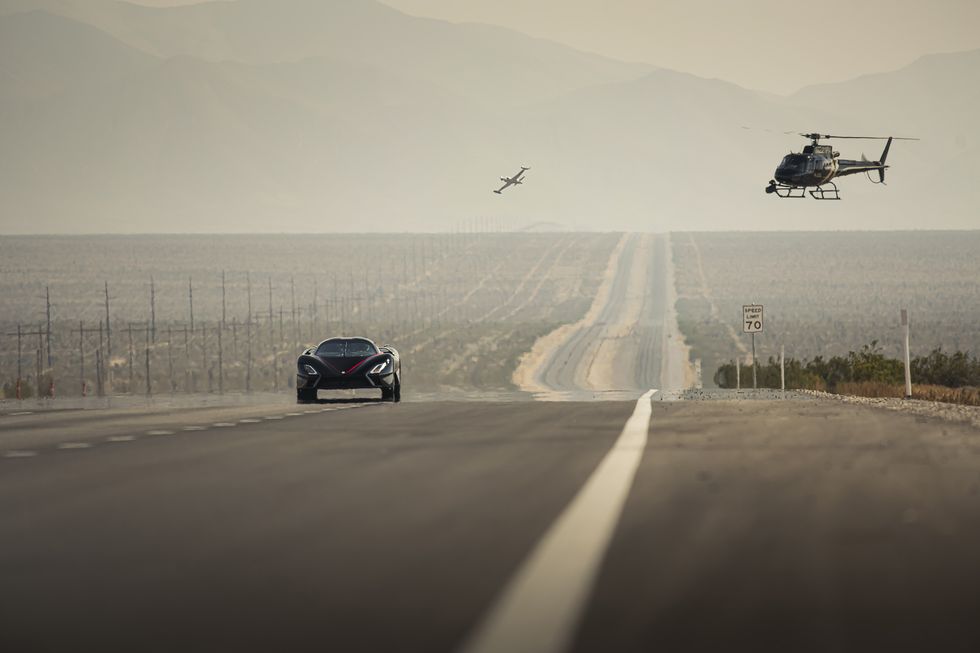 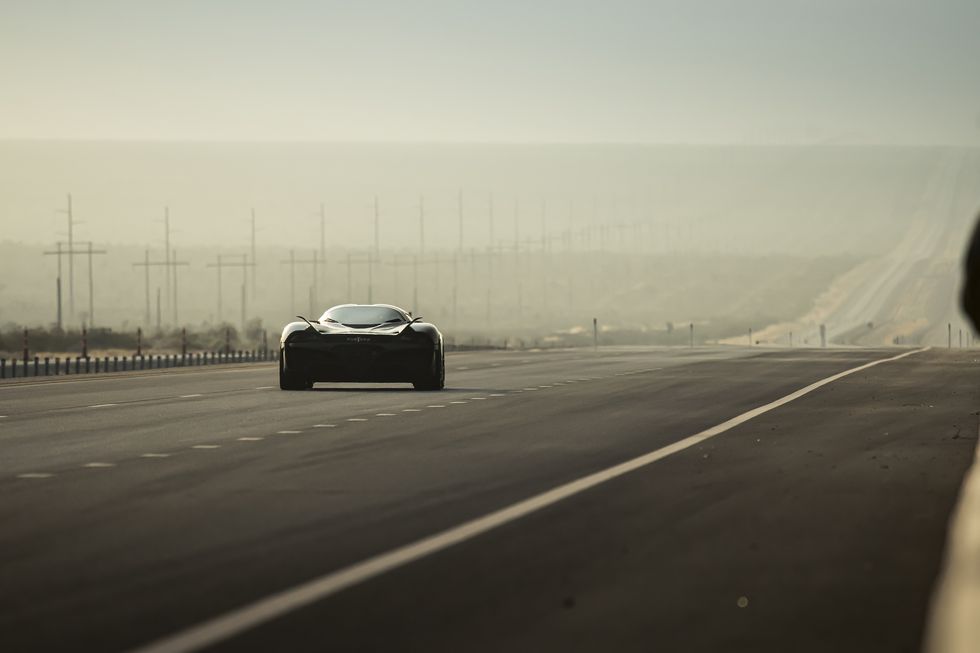 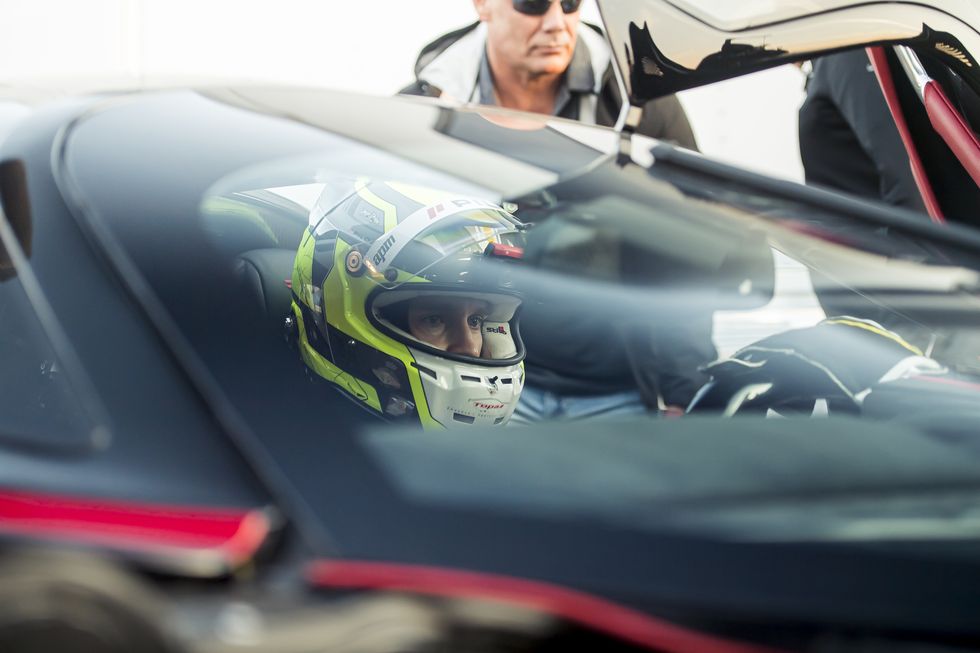 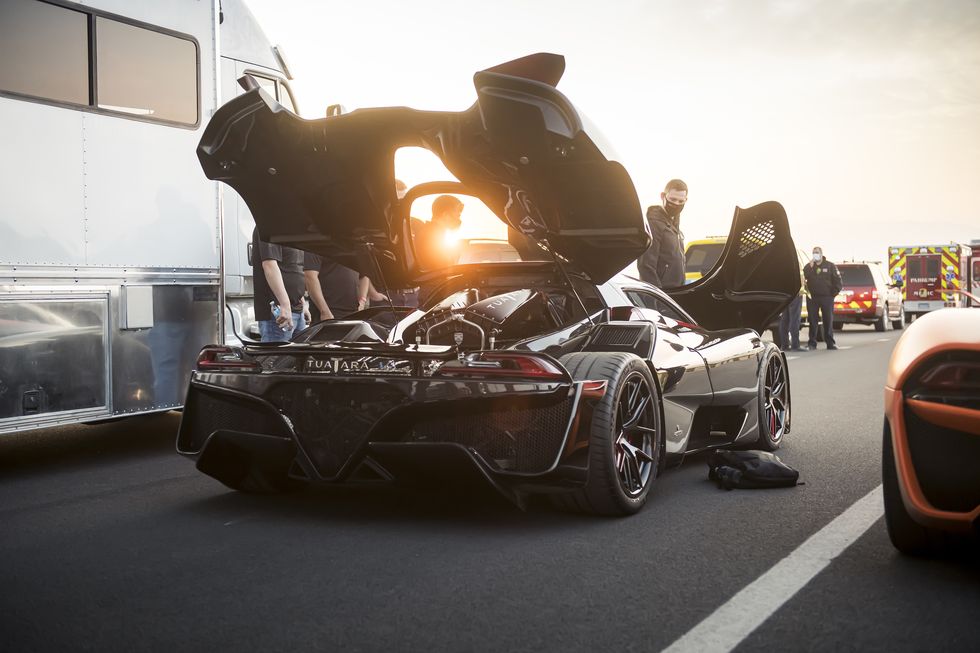 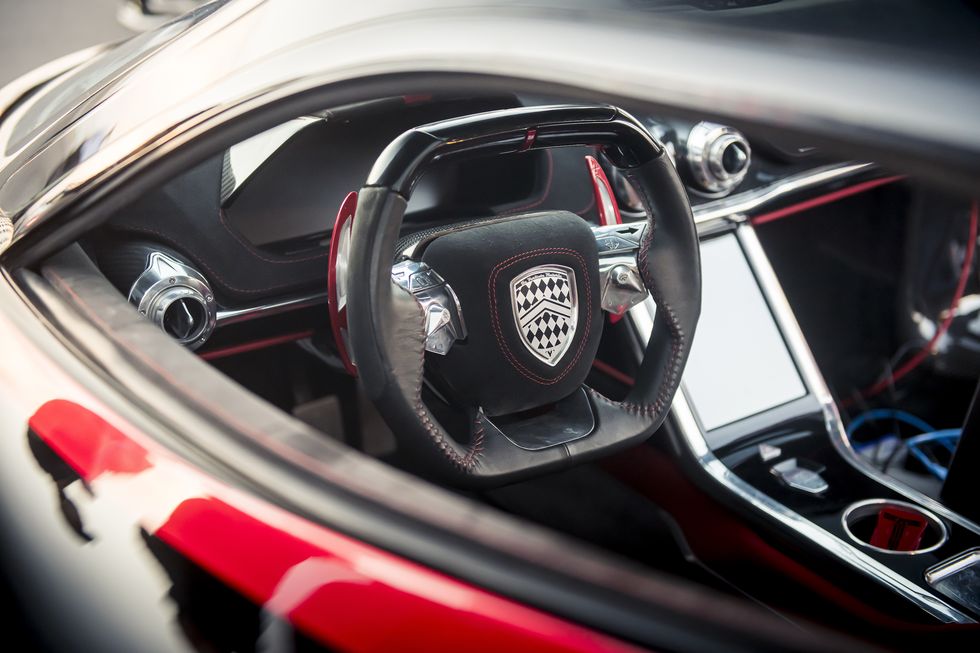 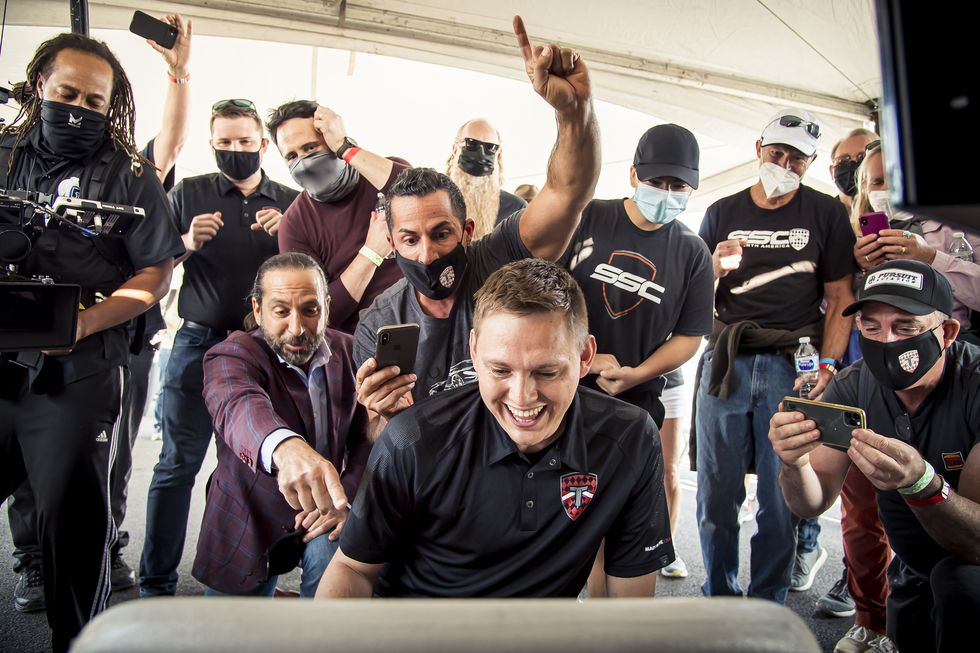 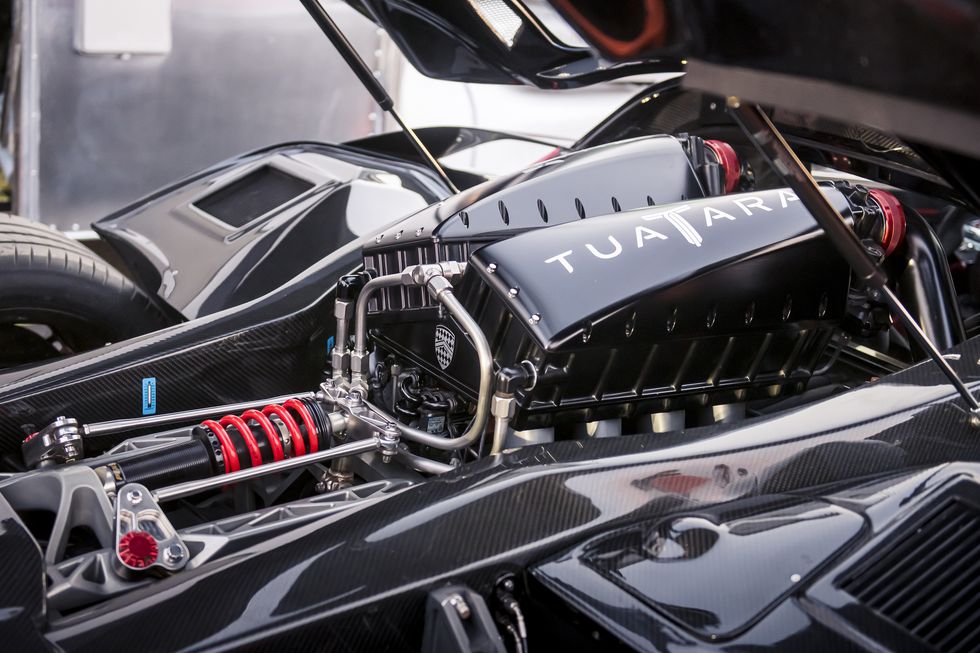 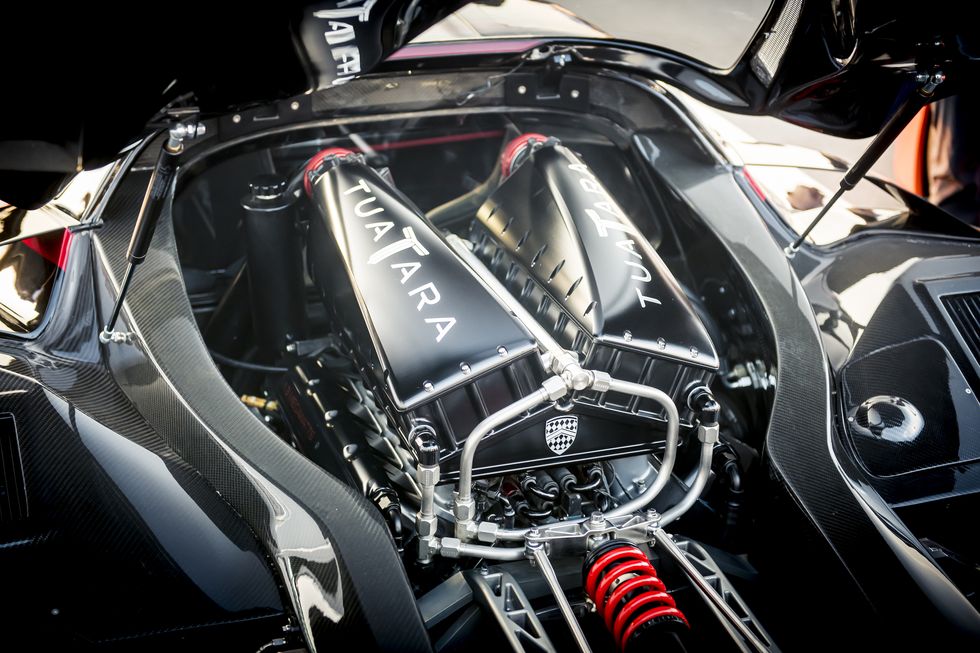 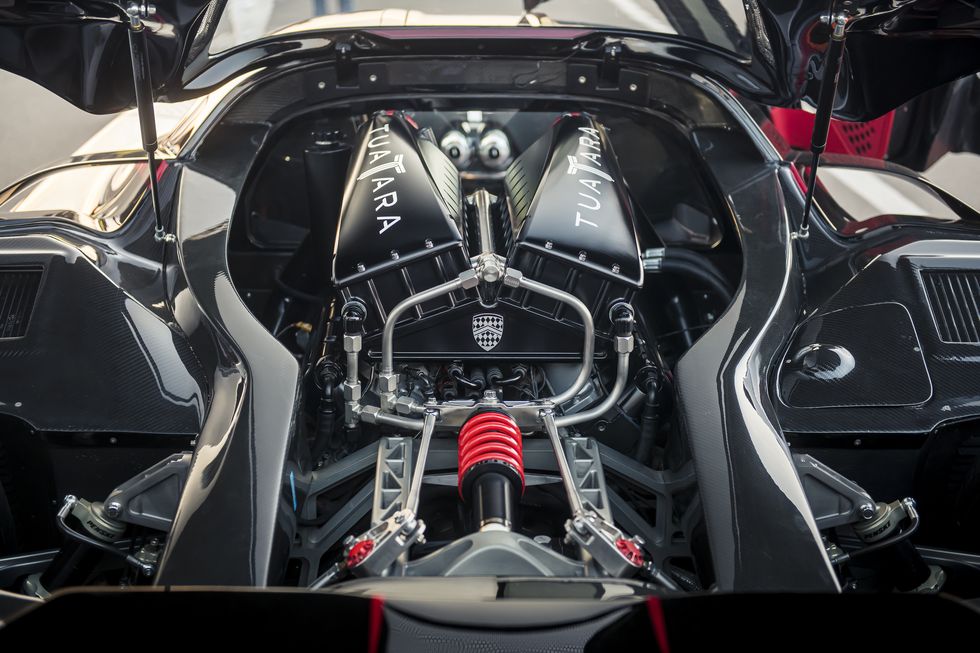 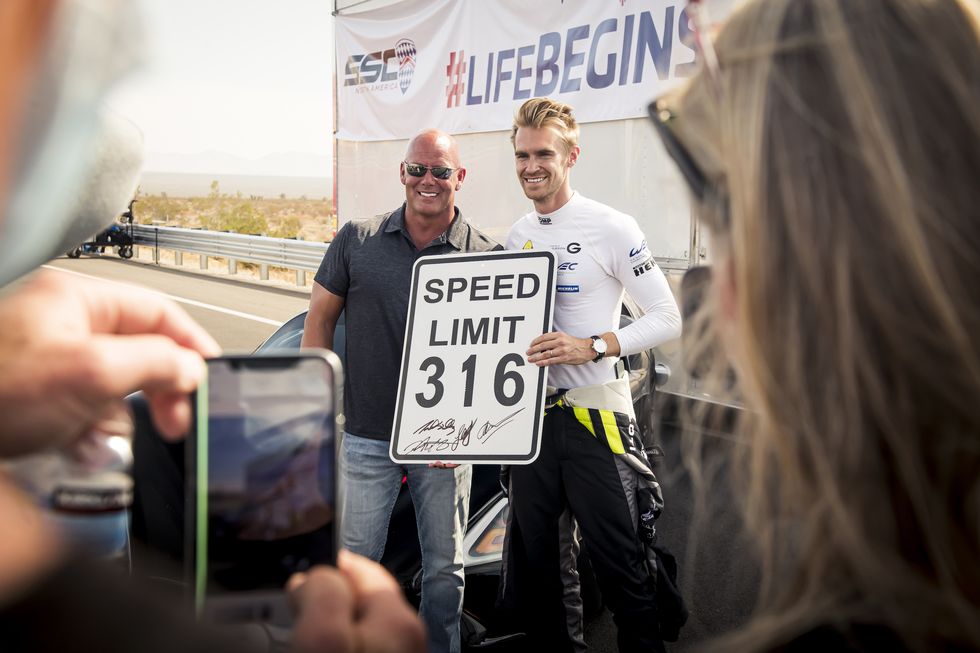 On October 10, on a closed seven-mile stretch of road, British Driver Oliver Webb drove a $1.9 million SSC Tuatara for a world record for the fastest production car. The Tuatara achieved an average speed of 316.11 mph or 508.7 Kmph over a two-way run. The fastest run made was clocked at 331.15 mph or 532.8 kmph which broke the previous one-way record of 284.6 mph, set by Koenigsegg Agera RS on the same road in 2017, by almost 46.6 mph. With this, the American Megacar also took away the fastest production car title from Bugatti Chiron SuperSport 300+ that achieved 304.773 mph or 490.48 kmph on the Ehra-Lessien test track in Germany in 2019.

For your information, the speed run was measured and tested accordingly with Guinness specifications but it has not been officially certified by Guinness as a world record. You can watch the video above.

This is not the first time SSC breaks the Record for the fastest car ever built. Back in 2007, the SSC Ultimate Aero(To which Tuatara is the successor) became the fastest production car on earth after it was clocked at an average speed of 256.14 mph or 412.22 kmph on a closed two-lane road in Washington, taking away the crown from the Bugatti Veyron which was again taken back by Bugatti with Veyron SuperSport 16.4 in 2010.

Now coming to the Tuatara and how SSC broke the Speed record lets see what has gone up into making of the Megacar. The SSC Tuatara is mid-engine two-seater Megacar that has a 5.9liter twin-turbocharged V8 which produces 1350HP on 91 octane fuel and 1750HP on E85 fuel. It weighs just 2750 pounds or 1247 kgs which was achieved due to extensive use of carbon fibre and other lightweight materials. The car also has a substantially lower drag coefficient of just 0.279. Many things and reach of research have gone into making the Tuatara the fastest production car.

The car’s exterior shape spacecraft like shape was designed by Jason Castriota (formerly of Pininfarina and Bertone) and he drew all his knowledge from his works on Ferrari and Maserati. The chassis was built around a carbon-fibre monocoque that makes it lightweight, rigid and agile. But the drivetrain was created by Tom Nelson of Nelson Racing Engines in California.

SSC’s founder Jarod Shelby had some specific set of goals—He wanted a car that’s drivable, reliable, could revv really high, has an unique sound, and it also had to have an amazing amount of power and Nelson made that possible.

The engine that powers the SSC Tuatara and helped it achieve that 300+ speed is all built from scratch— it is a custom, all-alloy, flat-plane-crank 5.9-liter twin-turbocharged V8 that produces 1750 HP or 1.7 Megawatt with special E85 fuel and 1341 lb-ft or 1818.15 NM of torque. It redlines at 8800 RPM and sounds very unique even in ideal.

Each and every component used for the engine is carefully selected for optimum performance and output. The connecting rods are made out of titanium and costs more than $10 thousand for the set of eight. The crankshaft and camshafts were custom made out of solid billet steel. The exhaust valves and the turbine wheel are made out of nickel-chromium-based super-alloy called Inconel, which is capable of withstanding extreme heat and pressure (And for your information same material is used by SpaceX in its Merlin engines that power the Falcon 9 Rocket).

All the power produced by the engine is transferred to the wheels via 7 speed robotized hydraulic paddle-shifted manual transmission, made by Cima in Italy. Basically its an AMT but has advance electronics incorporated to it for achieving sub-100-millisecond shifts in track mode and also match the engine revs at higher RPM. It is also a transmission that is basically used in Helicopters.

Also gets active aero and active suspension for high-speed stability. The Tyres used are Michelin Pilot Sport Cup 2 measuring 245/35YR20 at front and 345/30YR20 at rear.

SSC Founder Jarod Shelby for some time, now believes that he has reached the milestone of making the fastest production car.

Now we have to wait and See if Koenigsegg with their Jesko Absolut can break this record. 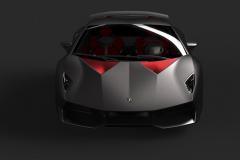 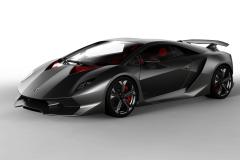 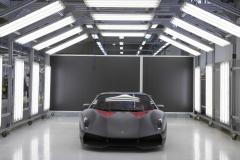 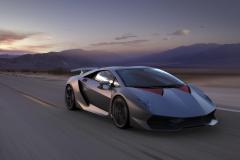 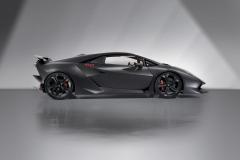 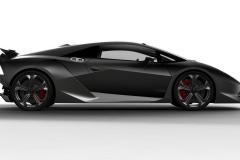 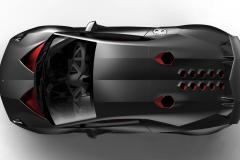 2020 Hyundai i20 Spotted At Dealerships before launch

Tue Oct 20 , 2020
Spread the love Post Views: 481 2020 Hyundai i20 Spotted At Dealerships- Gets revised design, Sunroof and Digital Instrument.   The new-gen 2020 Hyundai i20 model has been spied in some dealerships and from the shots, we can see that it will offer many premium features like a large 10.25-inch […] 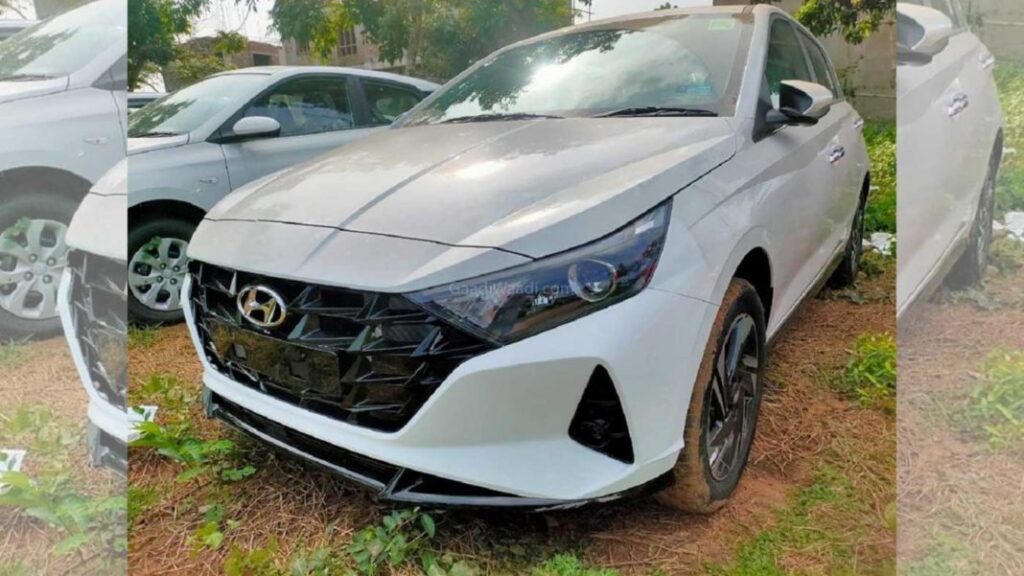