Maserati MC20 Supercar is revealed and is an all-new model in the brand’s lineup. The “MC” refers to Maserati Corse which means that its the revival of its racing history and soon track-only models of the car will be launched.

Initially to be sold in coupe versions, powered by a new mid-mounted twin-turbo V6 engine, followed by an all-electric variant. 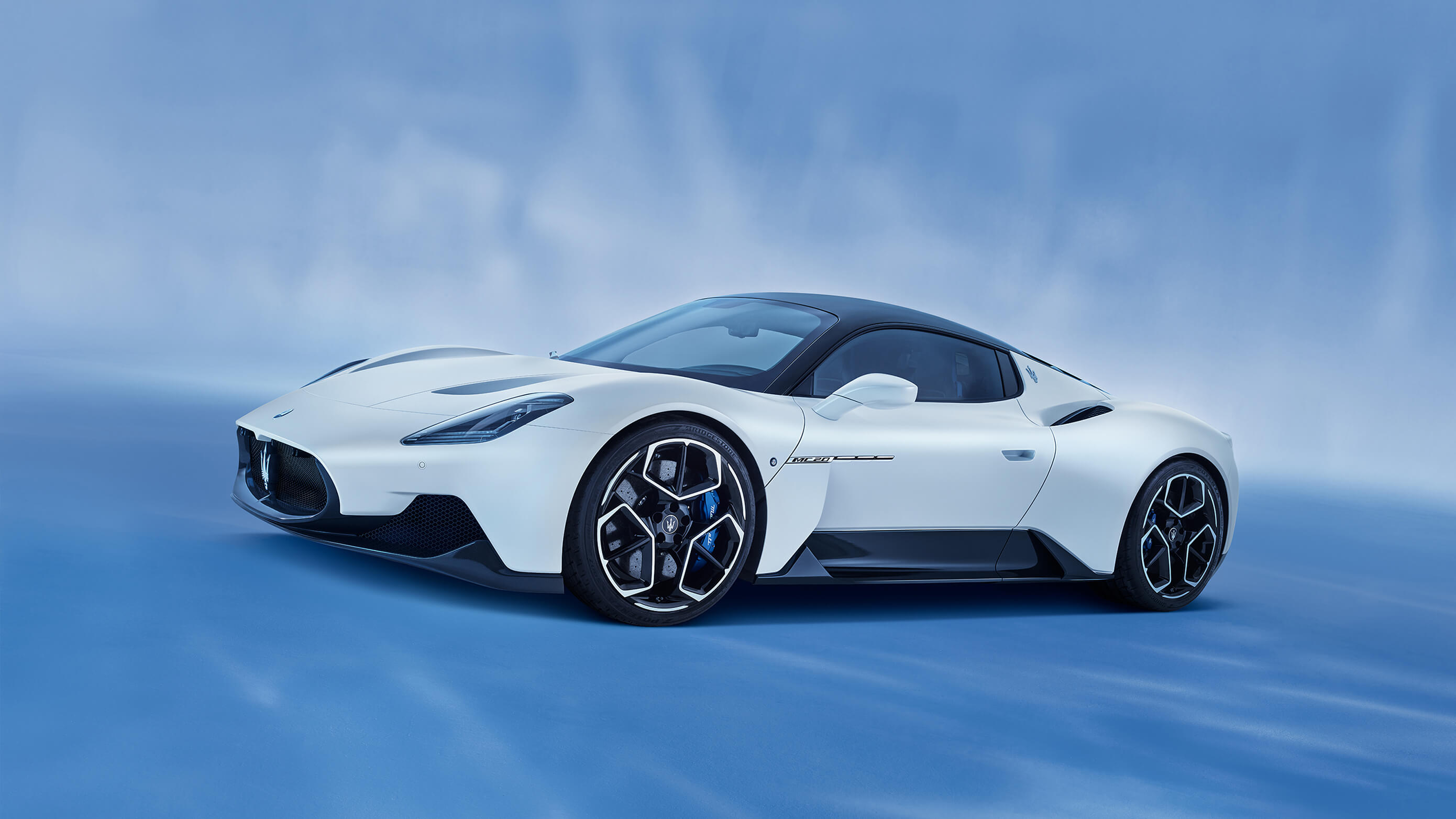 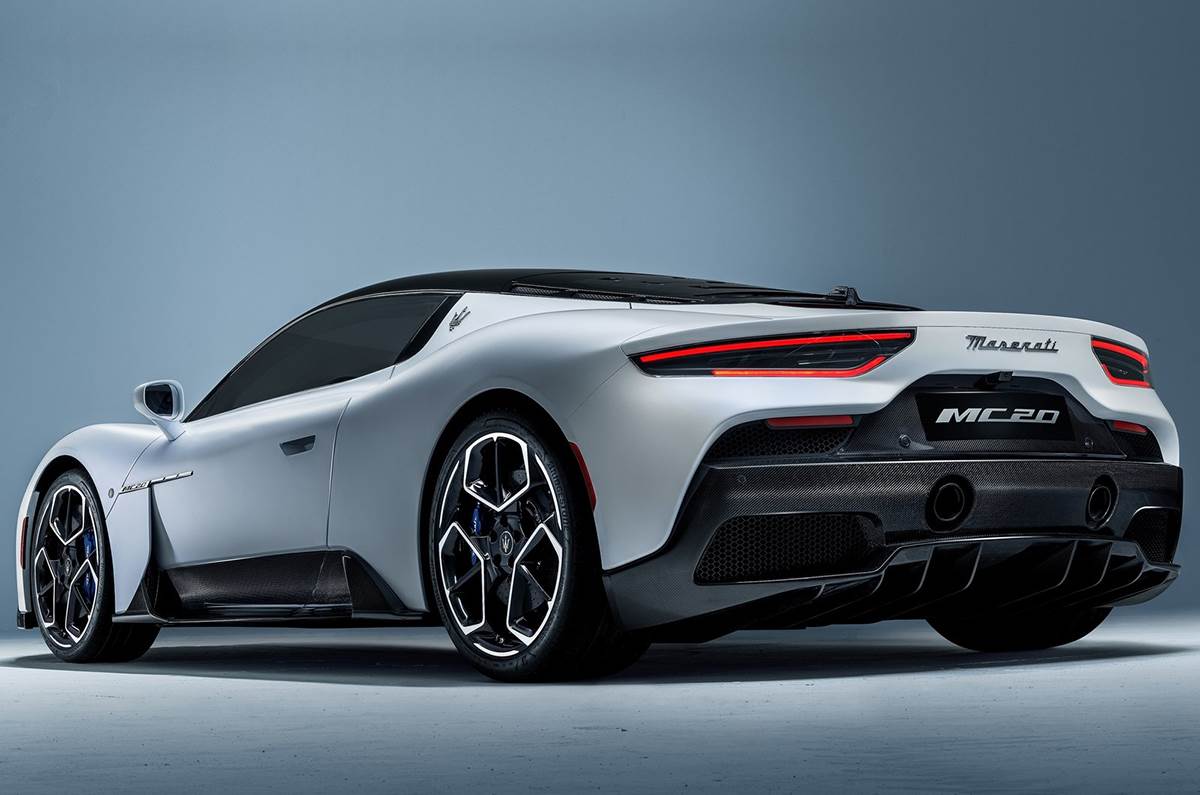 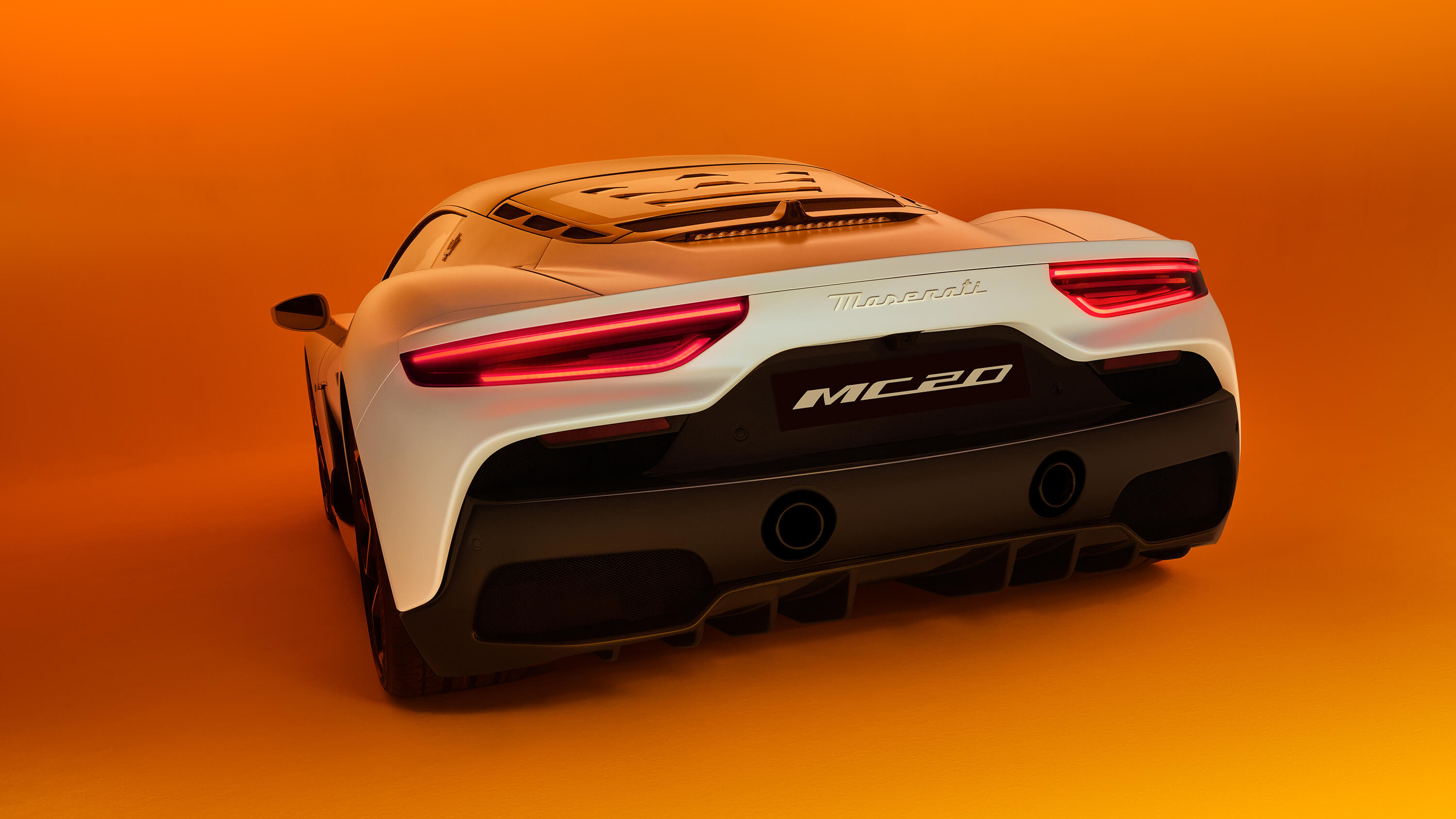 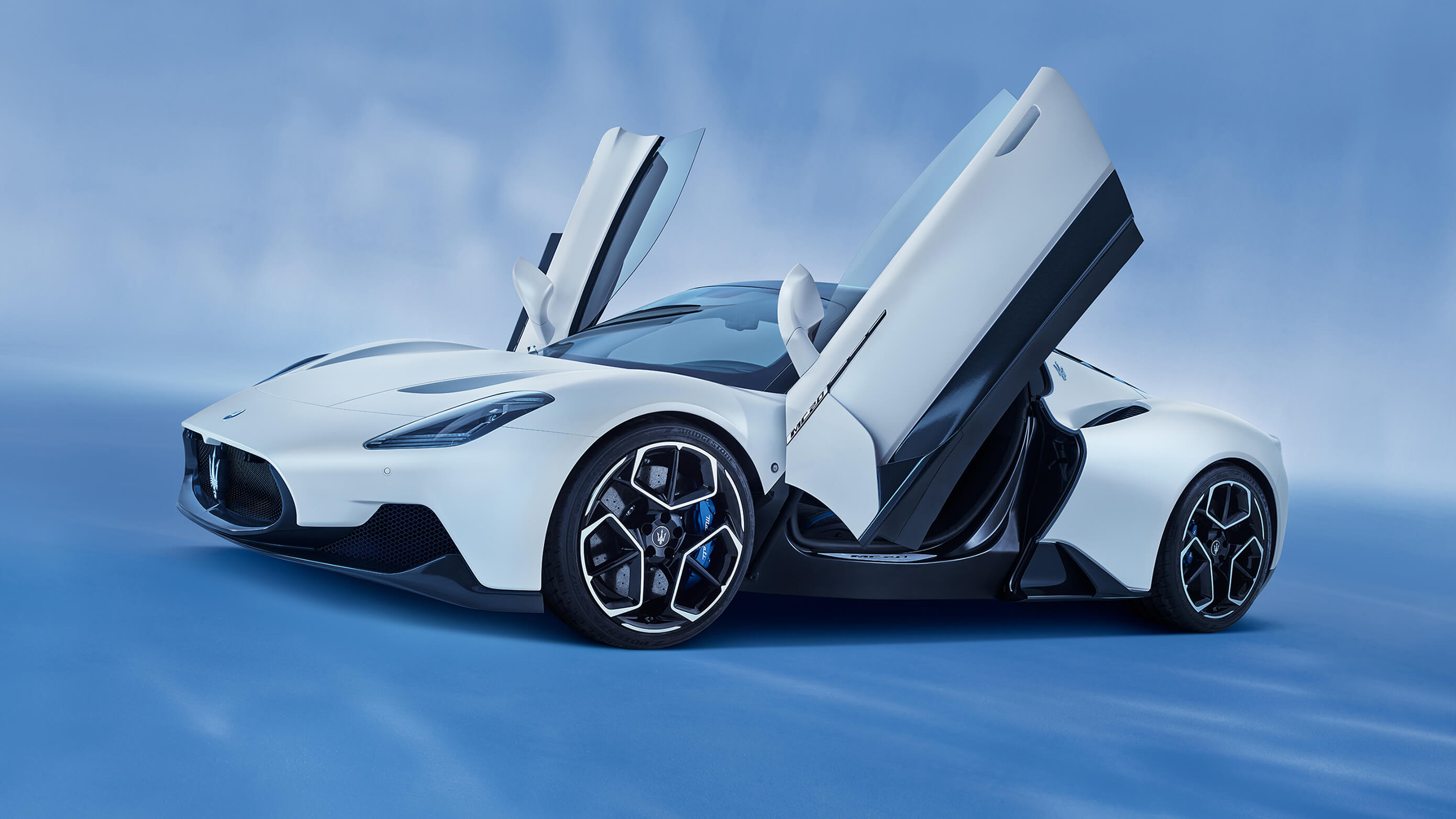 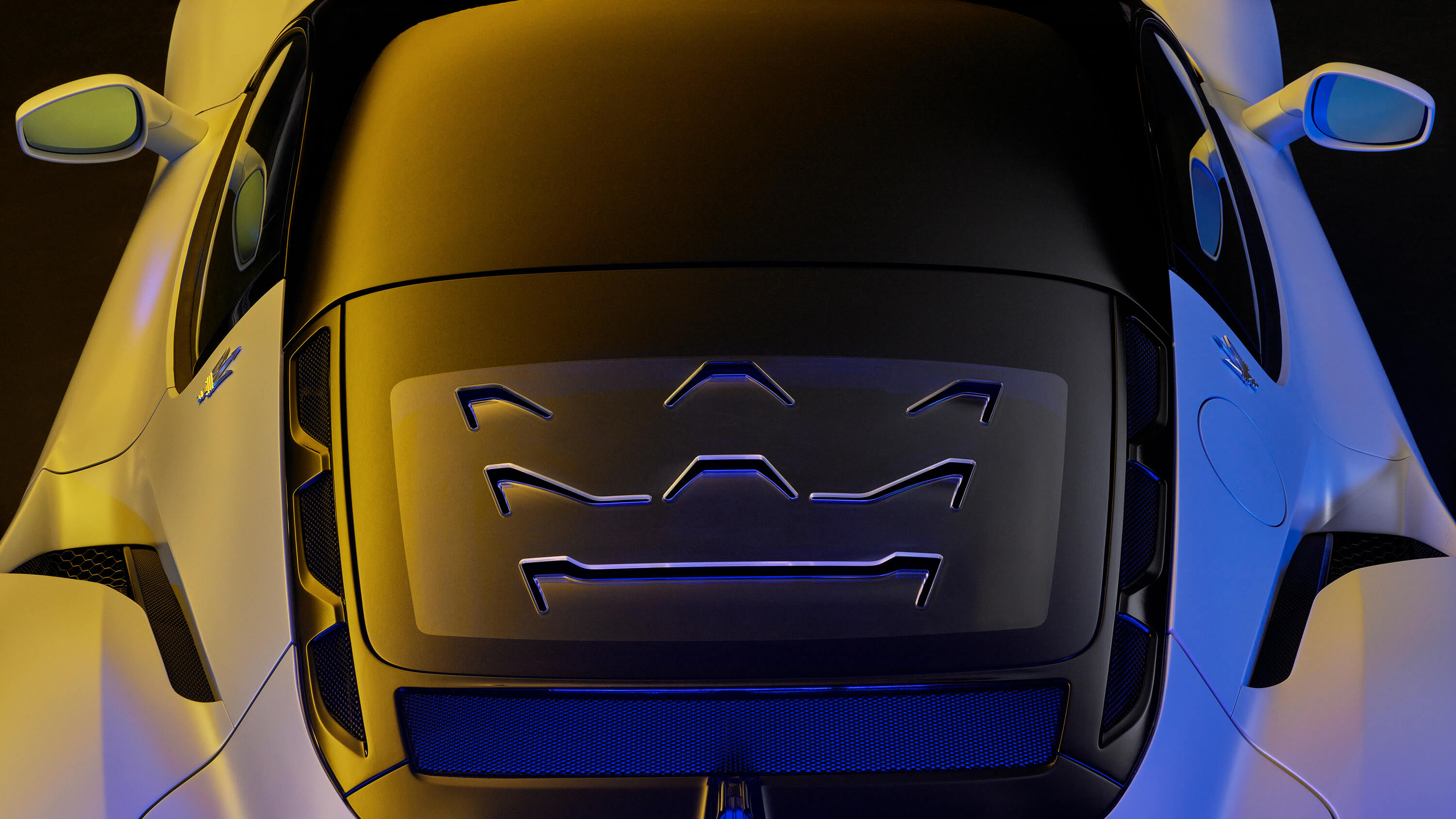 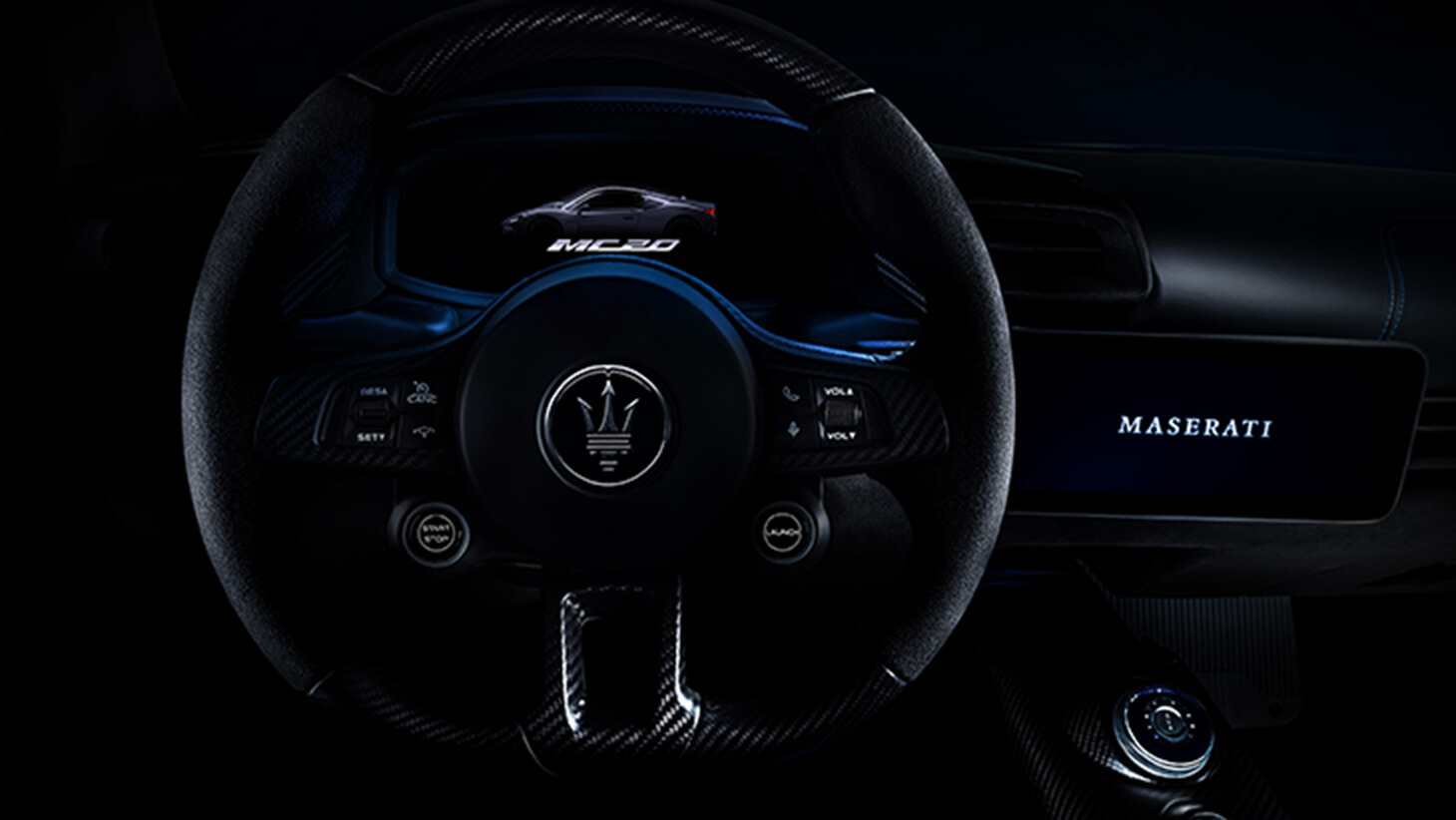 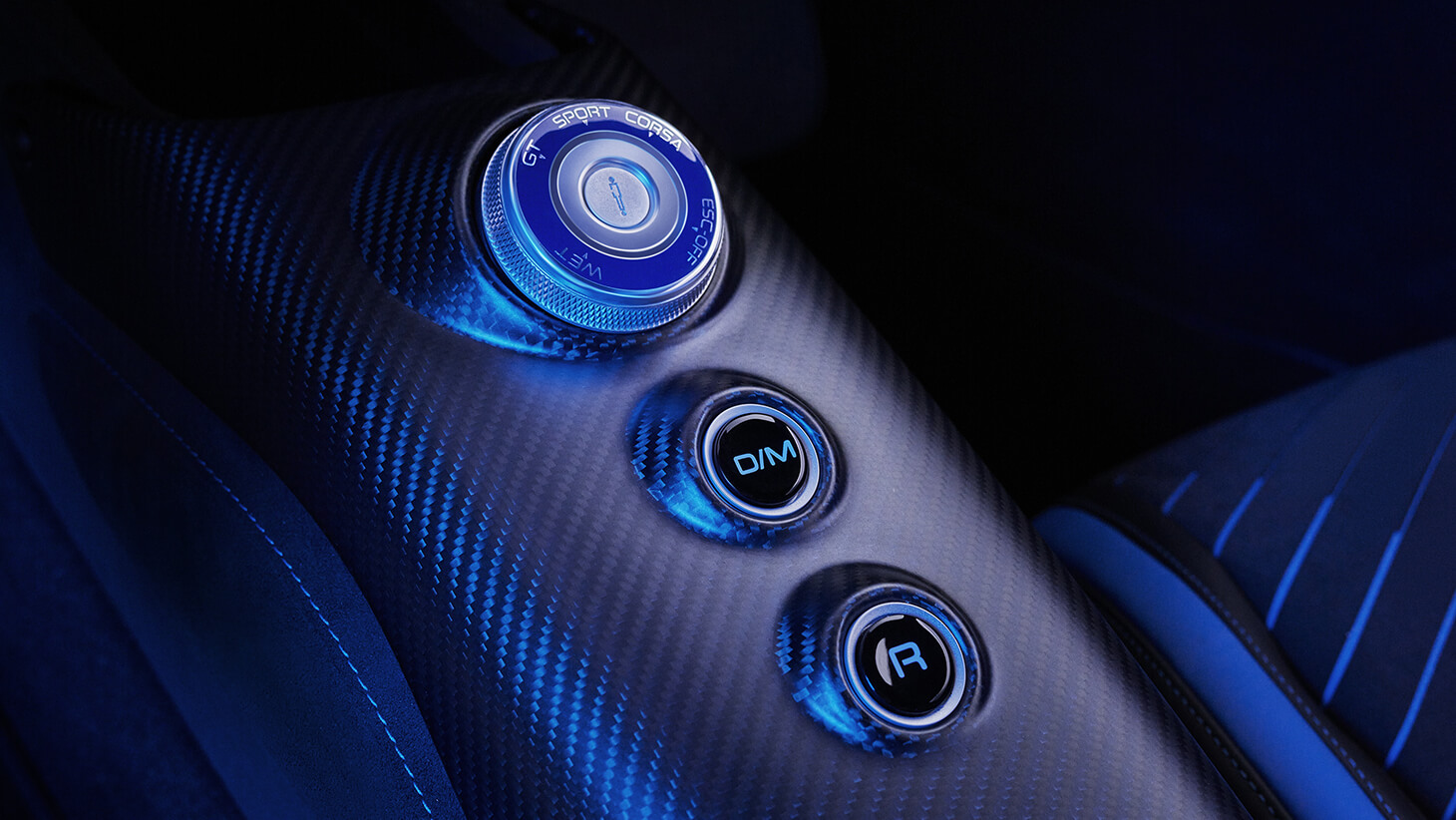 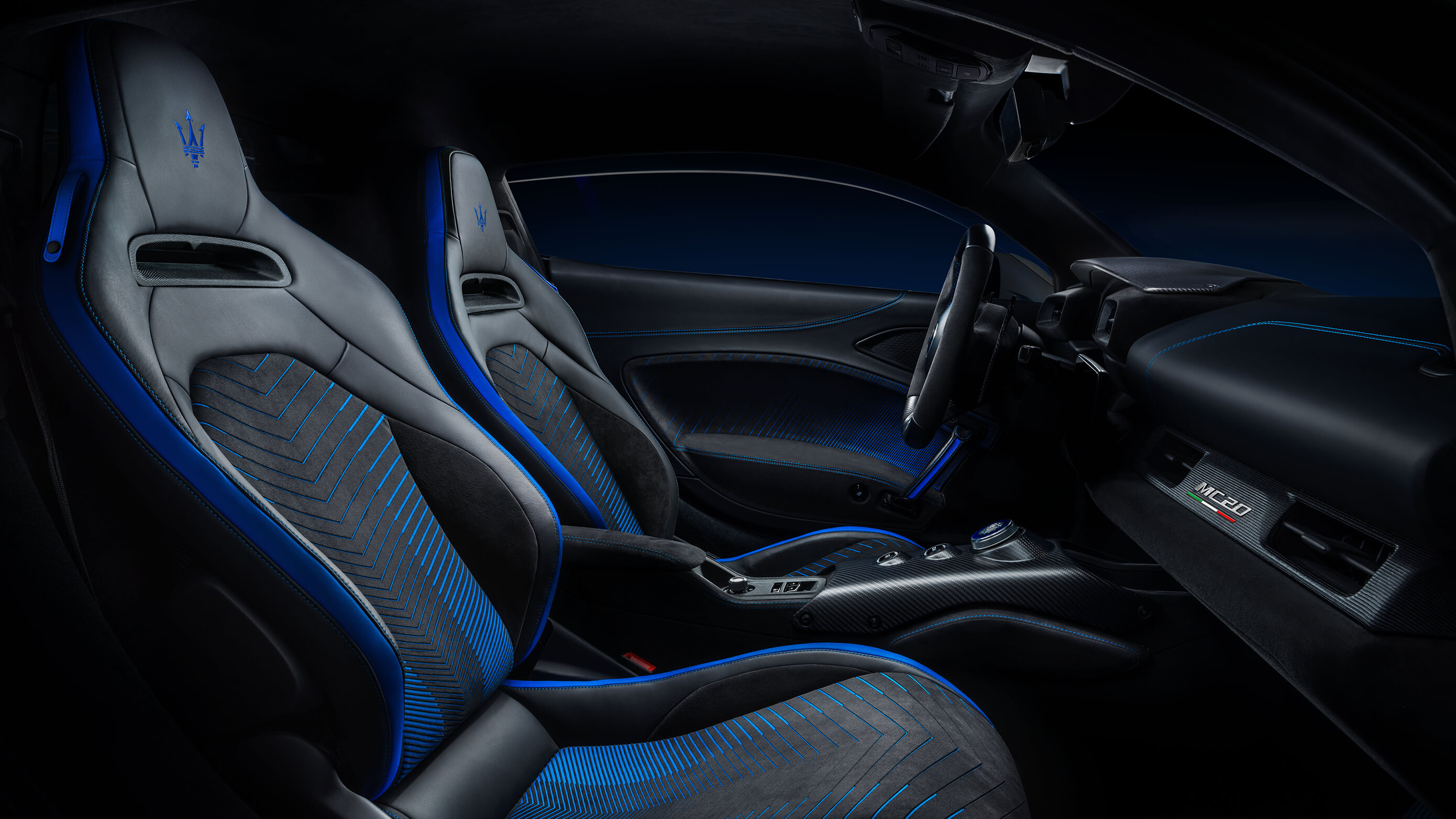 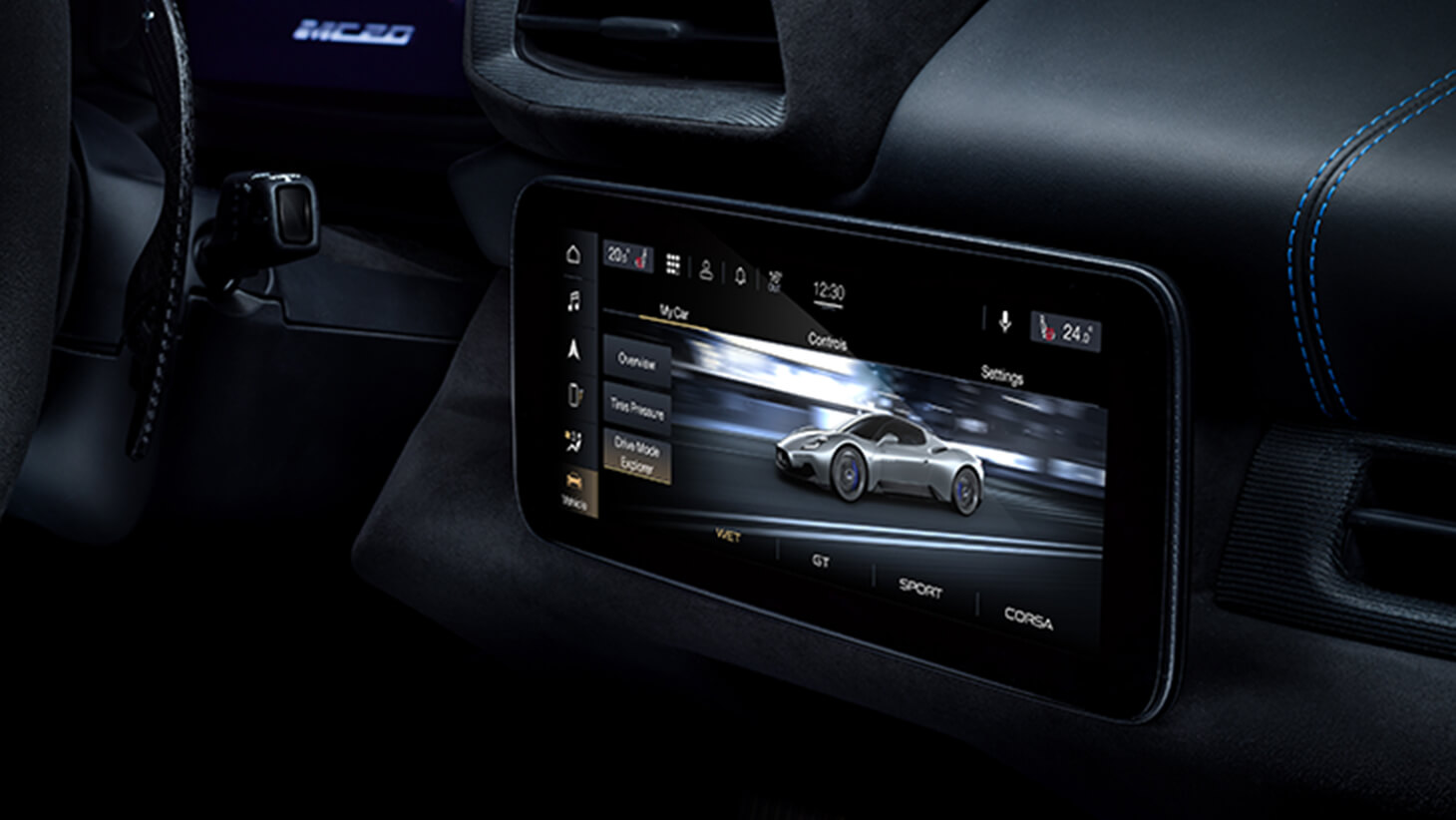 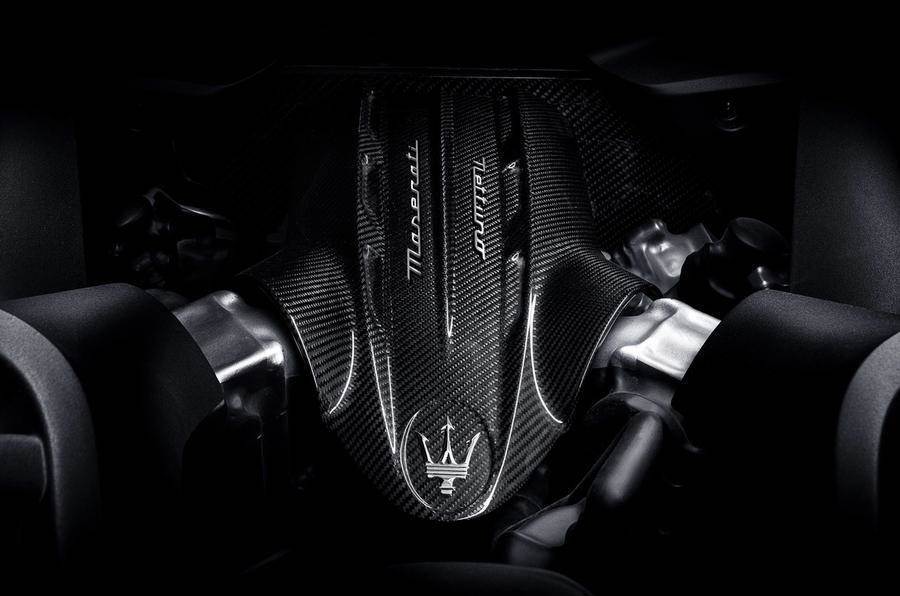 Built-in Modena, Italy is designed by Maserati’s design boss Klaus Busse has said that he wanted to give the car a clean design withing aggressive air-intakes and a large spoiler that is commonly seen in other supercars in this class. Since it has direct design inspiration from its predecessor MC12 and being a flagship model it has clever design features for optimised aerodynamics and shows Maserati’s racing roots.

The car is built around a lightweight carbon fibre monocoque chassis which is made in collaboration with motorsport company like Dallara who also designed the units on Alfa Romea 4C and Buggati Chiron. This results in extreme light-weight supercar which screams performance.

Also for the first time in many years, Maserati gets “Butterfly” doors like a supercar door should be also it provides better accessibility and ergonomics.

Maserati has mostly relied on Ferrari when it comes to powertrains, but since Ferrari is no longer part of FCA (Fiat Crysler Automotive) its parent company, Maserati debuted the MC20 with a newly developed in-house engine that is first in 20 years.

Even the MC12 used the Enzo Ferrari’s engine which is considered to be one of the finest V12 engines Ferrari has ever made.

Talking about the engine on the Maserati MC20, called “Nettuno” (“Neptune” in Italian) is a 3-litre 90° twin-turbo V6 engine that can produce 630 HP and 730 NM of torque. The DOHC engine has 24 valves, both port and direct injection and two spark plugs per cylinder. One of the spark plug is used for a passive pre-chamber ignition. This means the air-fuel mixture is forced into the pre-chamber during compression and gets ignite in the pre-chamber and the flame then burn the air-fuel mixture in the main cylinder. This results in much better burning and makes the engine more efficient and responsive. And FYI the pre-chamber technology is used in F1 car engines and everyone knows how responsive they are.

All the power produced by the engine is sent to the rear wheels via an eight-speed dual-clutch automatic transmission with an electronic limited-slip differential. Shortly after the launch of the gasoline car, Maserati will also launch an all-wheel-drive all-electric version of MC20.

The MC20 also gets four driving modes—- GT, Sport, Corsa and Wet also gets an addition ESC off mode for some who think they can handle the car on their own without and electronics aid.

The MC20 gets a subtle interior design with a two-seat configuration for a total driver-focused experience with only essential controls taking up space in the centre console.

The interior though has a minimal design gets high-quality materials like black leather seats with blue stitching and carbon fibre trims all over and aluminium racing padels. The dashboard gets 10-inch digital instrument display and a 10-inch touchscreen infotainment system, while the carbonfibre central console has the driving mode selector, a wireless smartphone charger, window controls and some basic controls. All the essential gizmos like the starter button, launch control are placed on the steering itself.

Since it is an exotic sportscar it should get tons of safety and driver-assistance features when it goes on sale, and Maserati may even debut their next-gen safety tech. Standard safety features which should be included are

Maserati’s Future plan with the debut of MC20

Since Ferrari separated from FCA back in 2016, Maserati has become FCA’s flagship performance brand. Hence, FCA has a lot of plan with Maserati. And there is a plan for a total overhaul of the entire product lineup with the introduction of 13 new models and updates to 3 existing cars the Quattroporte, Levante and Ghibli.

All models will be electrified or get hybrid powertrains which seems logical for the future. The brand is also developing Level 3 autonomous features for its future upcoming cars and said by COO Davide Grasso at the MC20’s reveal.

When will it be Launched?

The gasoline version both coupe and convertible MC20 supercar will be launched in the European market by the end of 2020 and land in American dealers by 2021. In India Maserati is thinking of increasing their product portfolio by bringing in the MC20 but that is not going to happen soon. 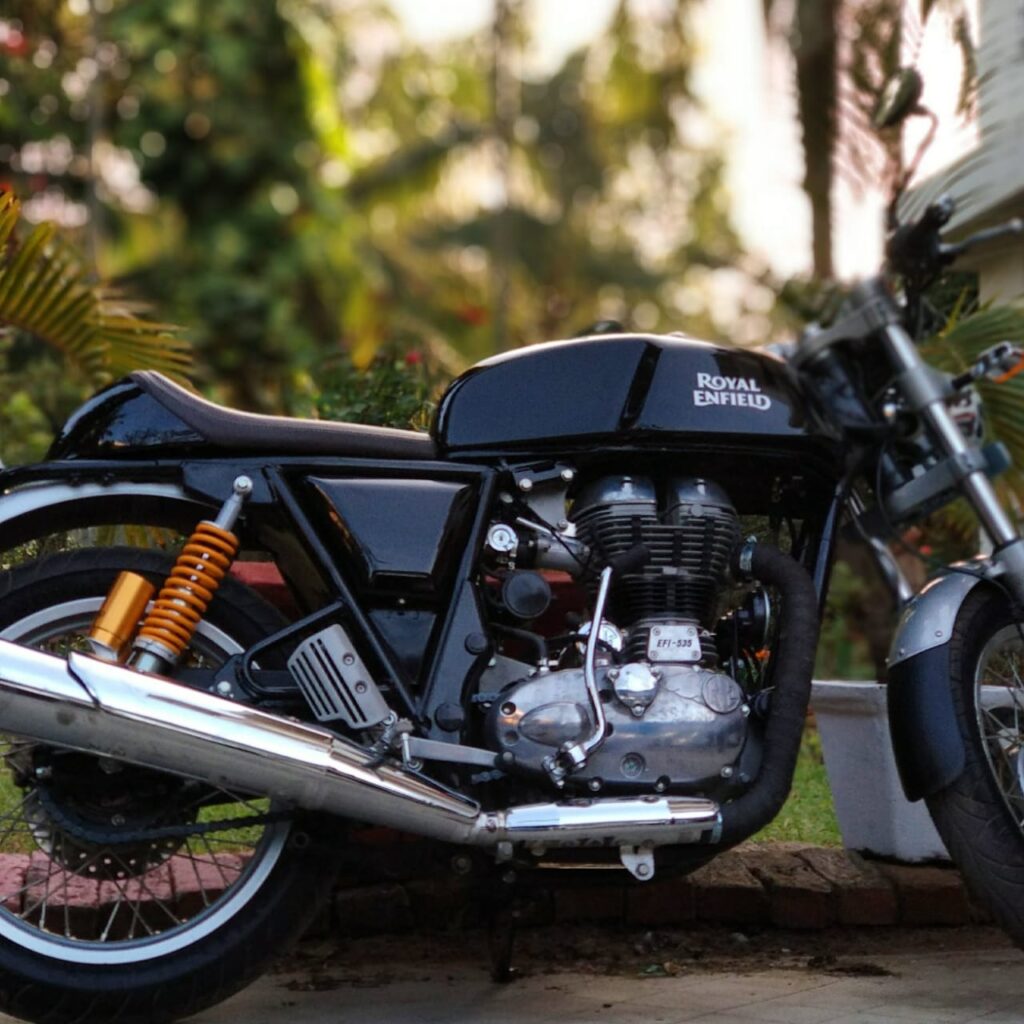