Koenigsegg Gemera is a four-seater hybrid GT Megacar from the Swedish manufacturer Koenigsegg. 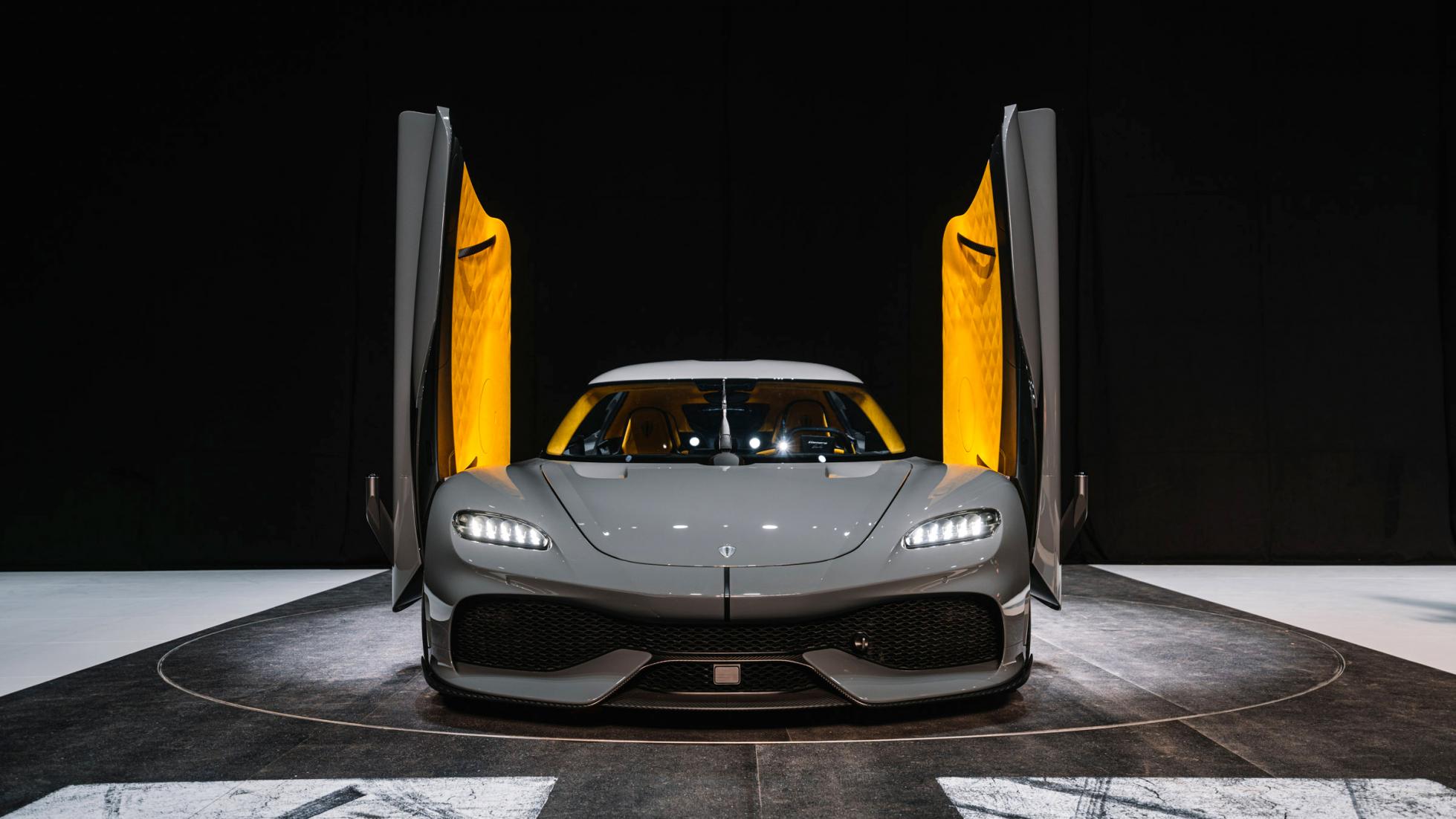 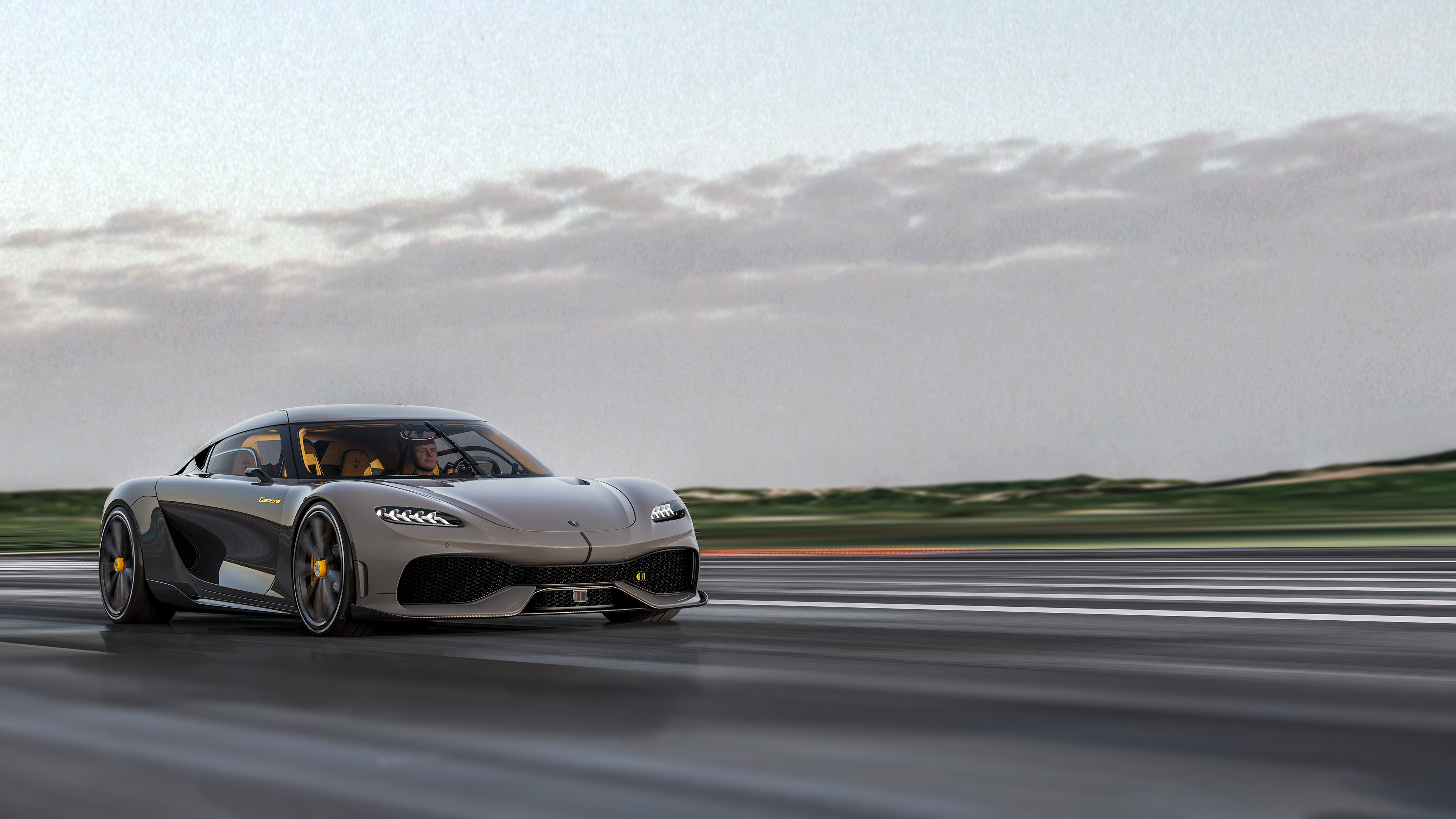 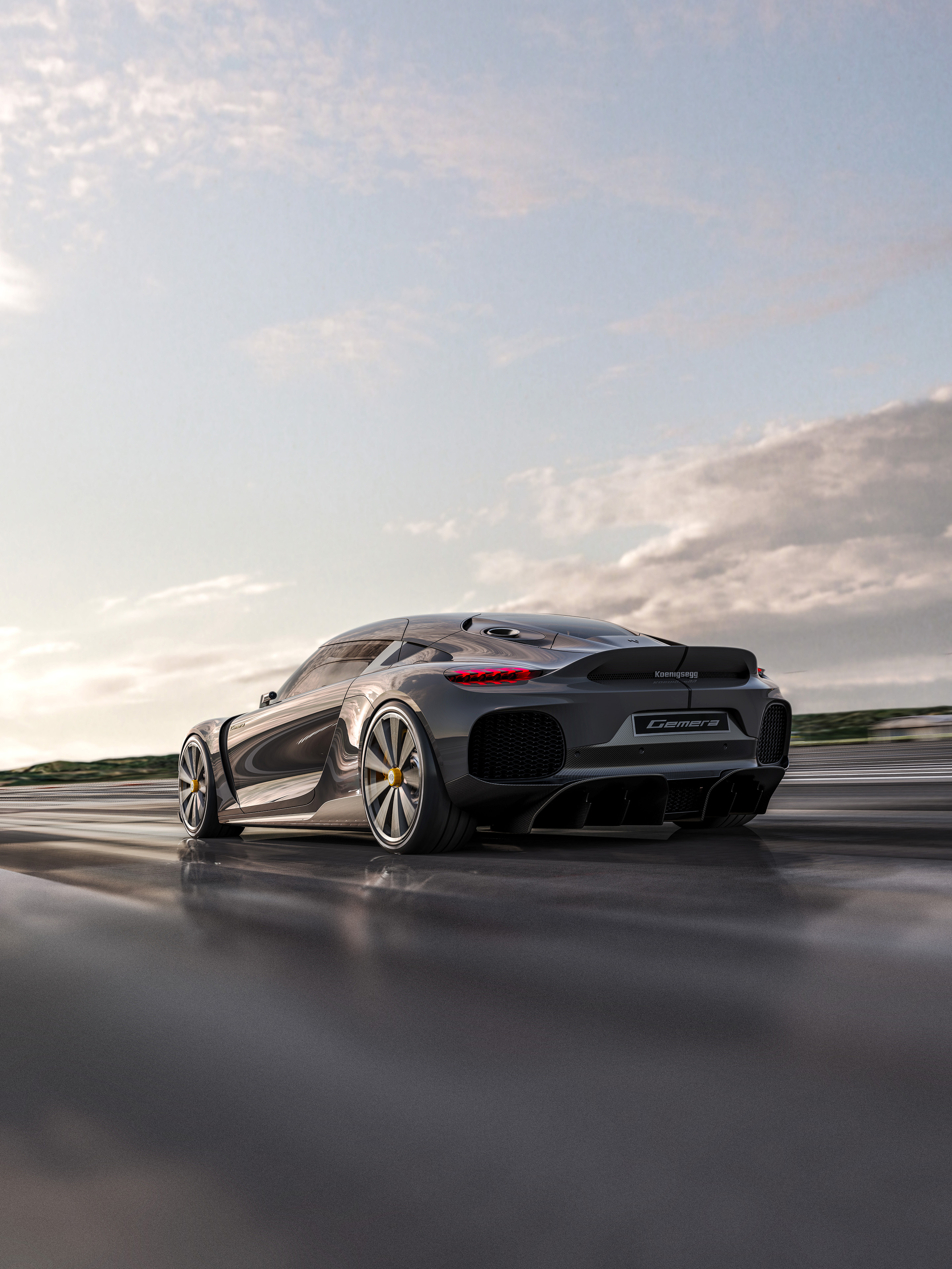 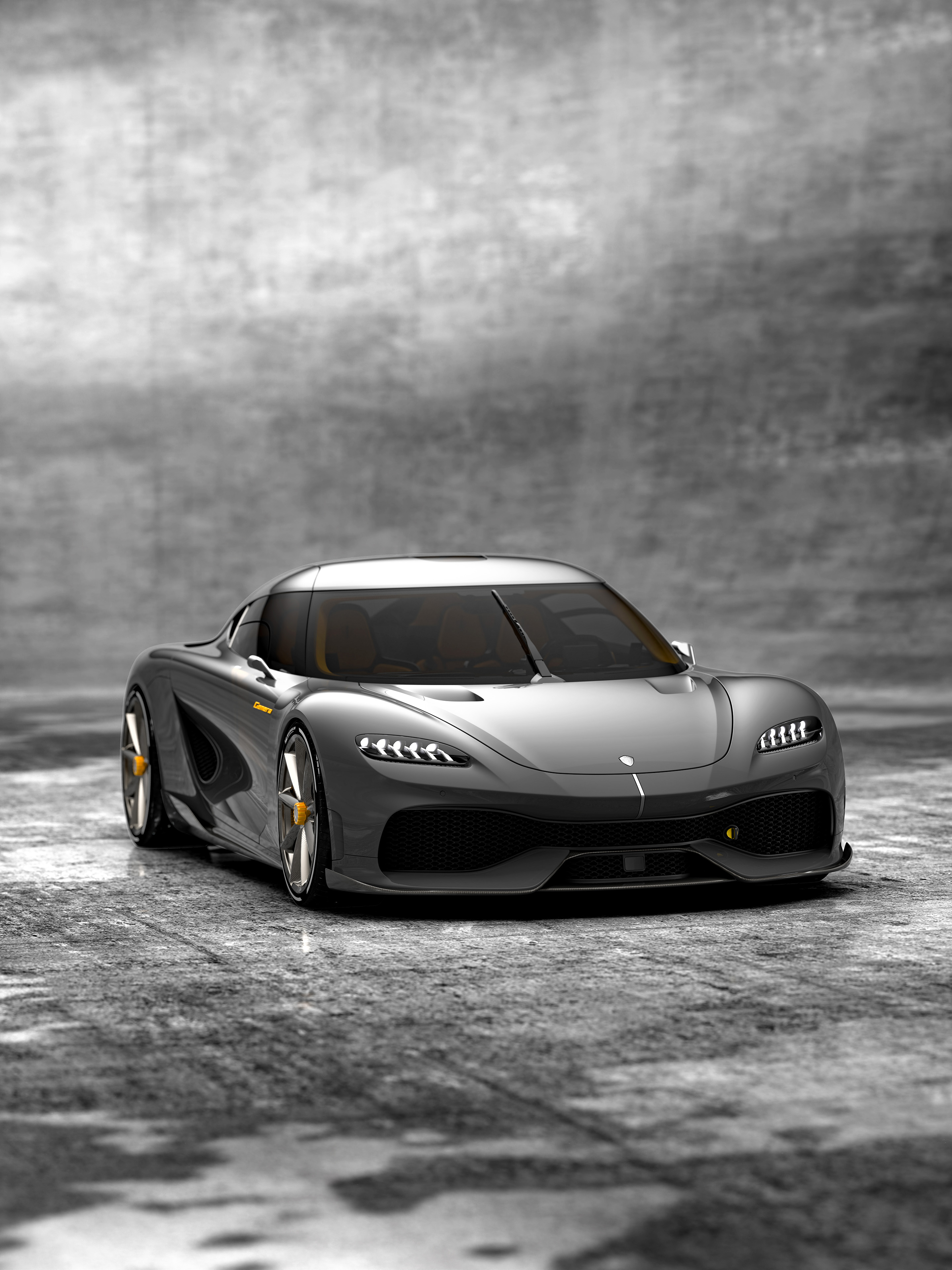 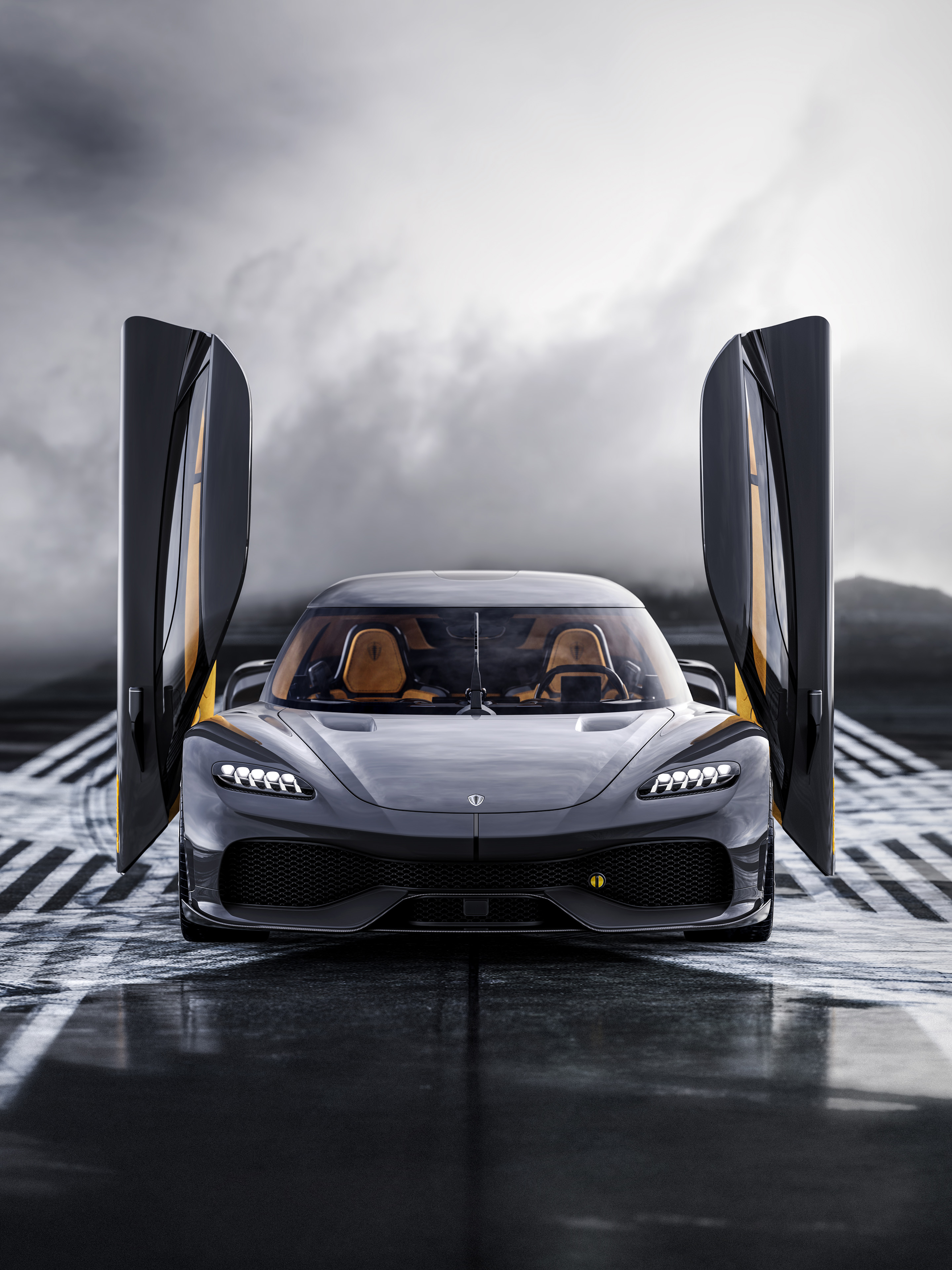 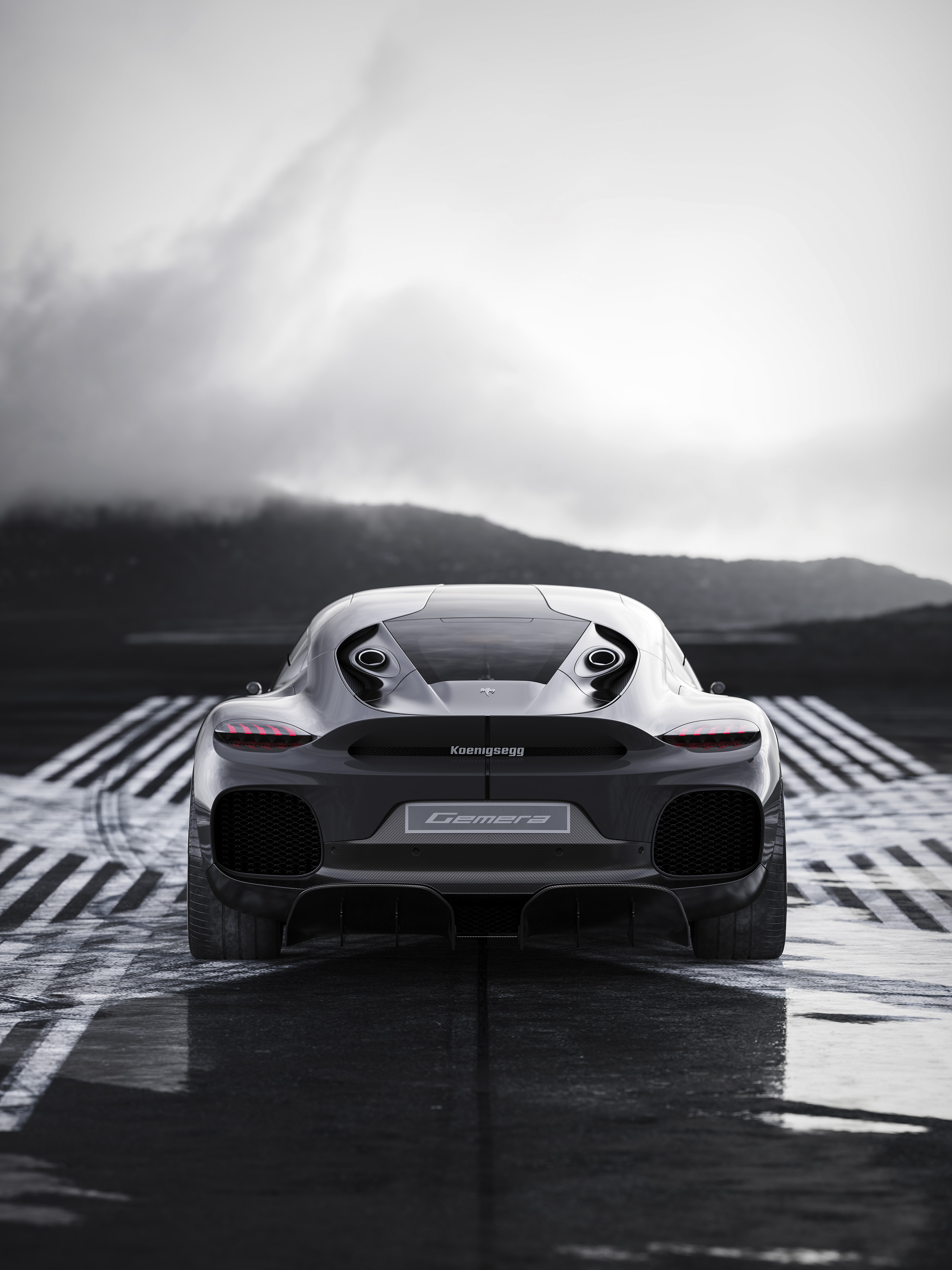 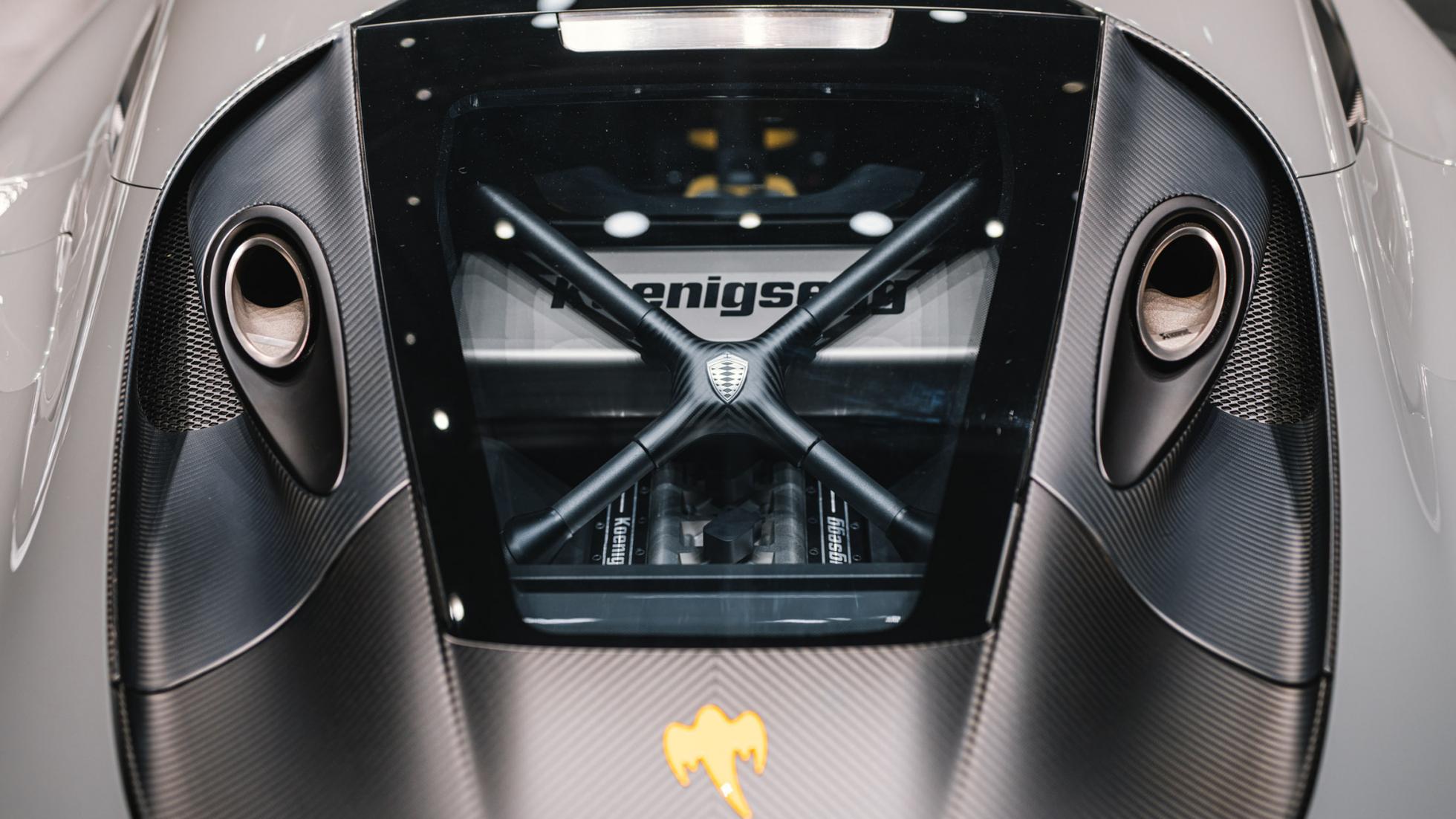 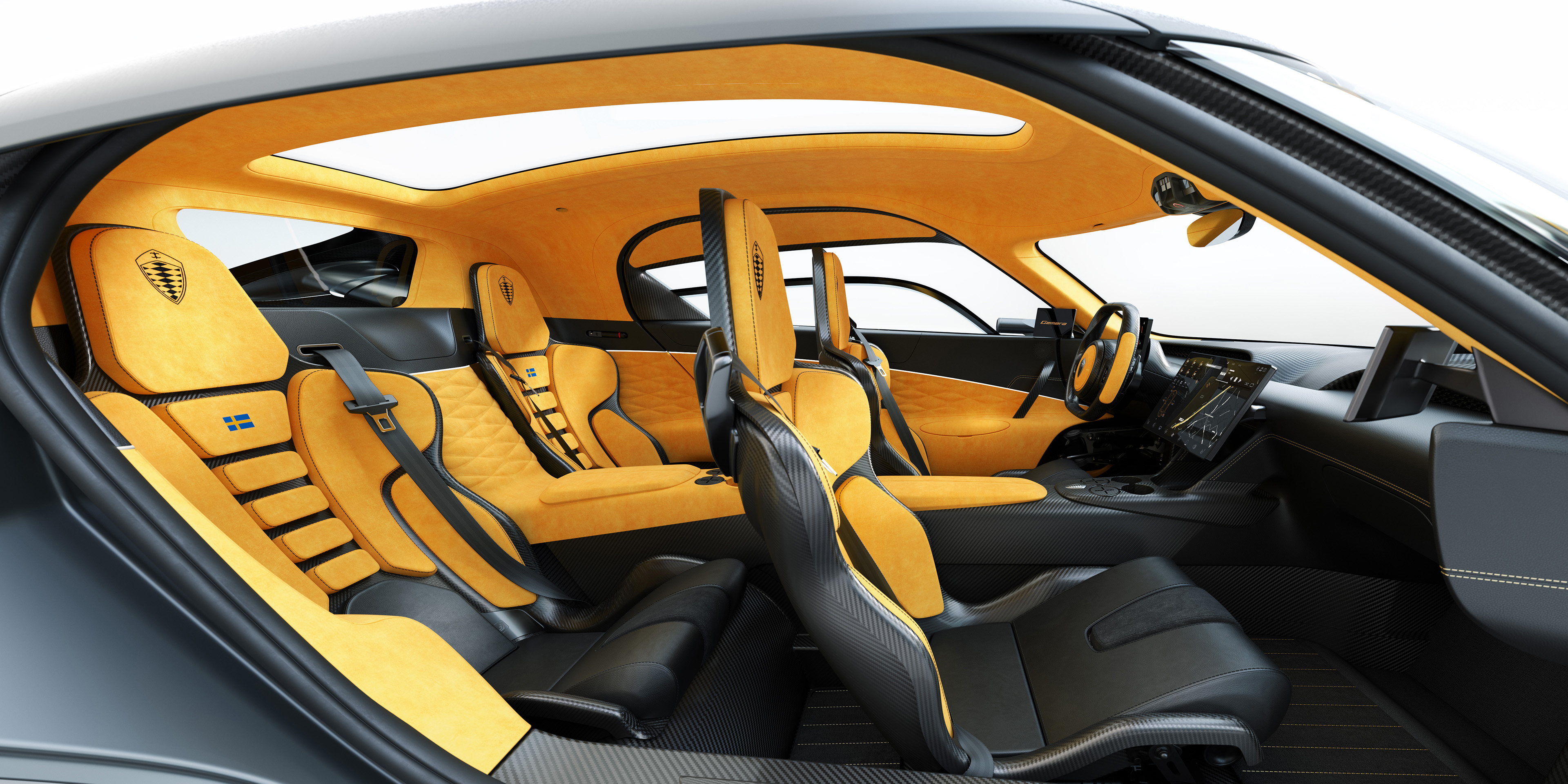 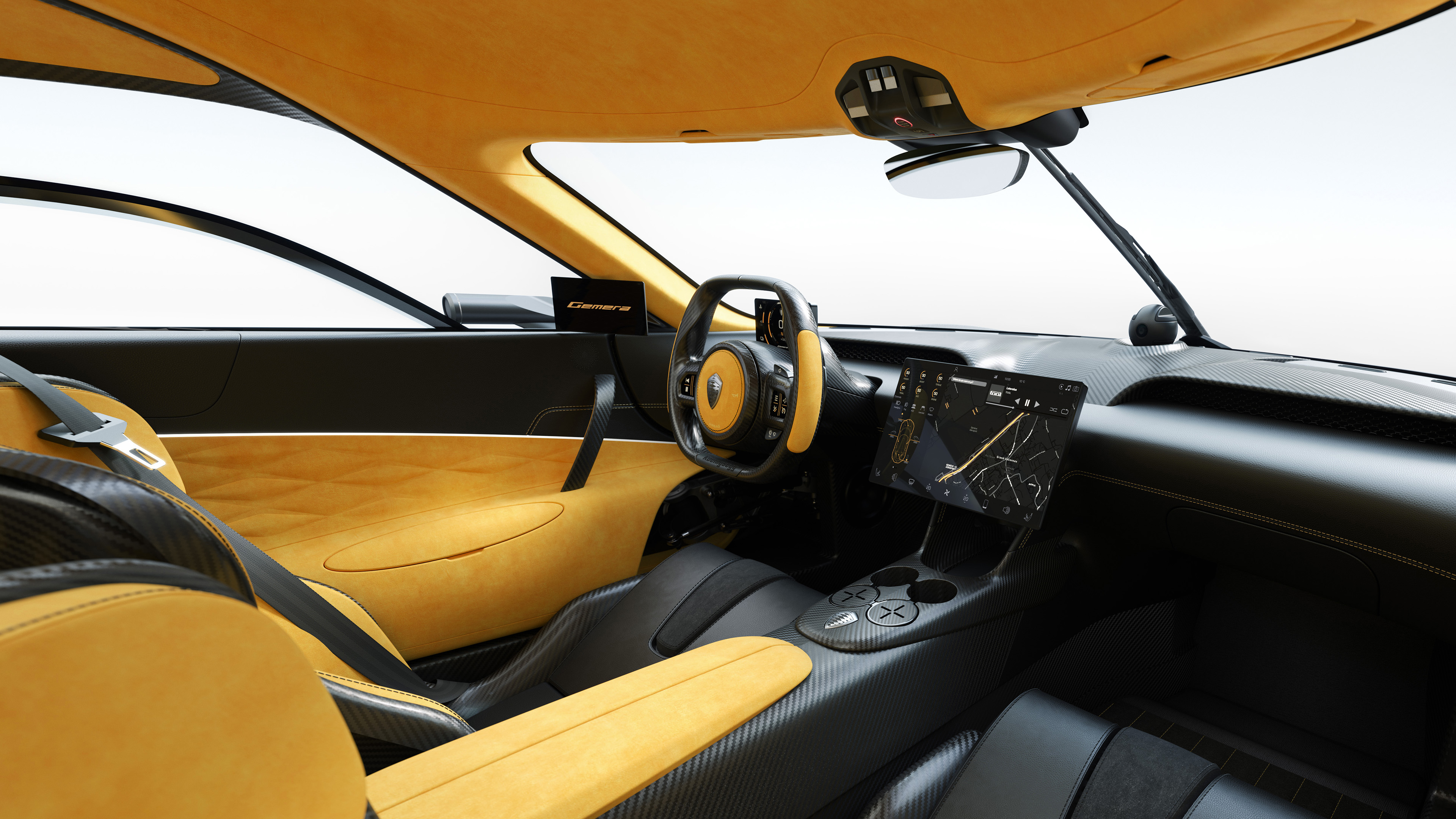 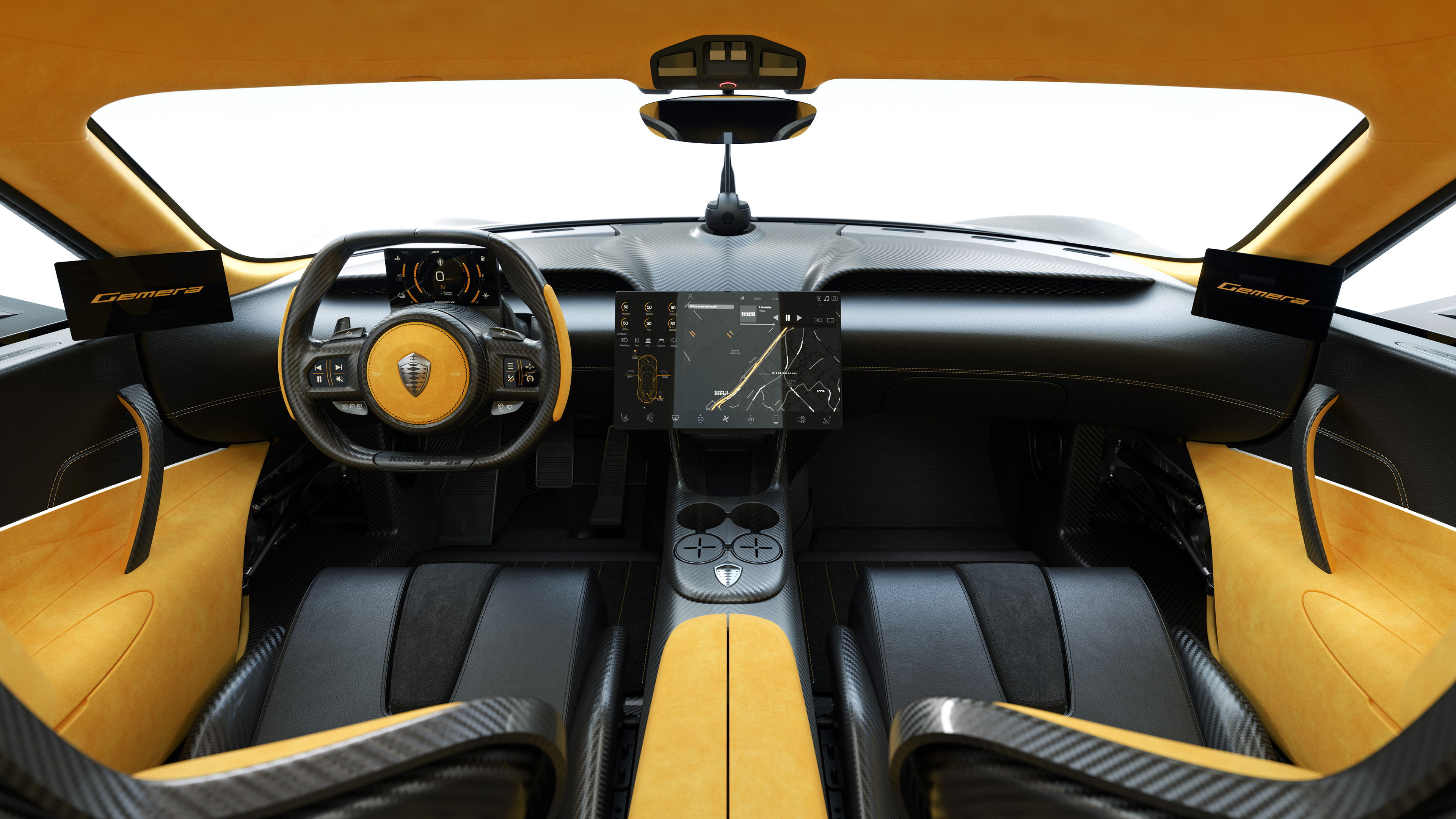 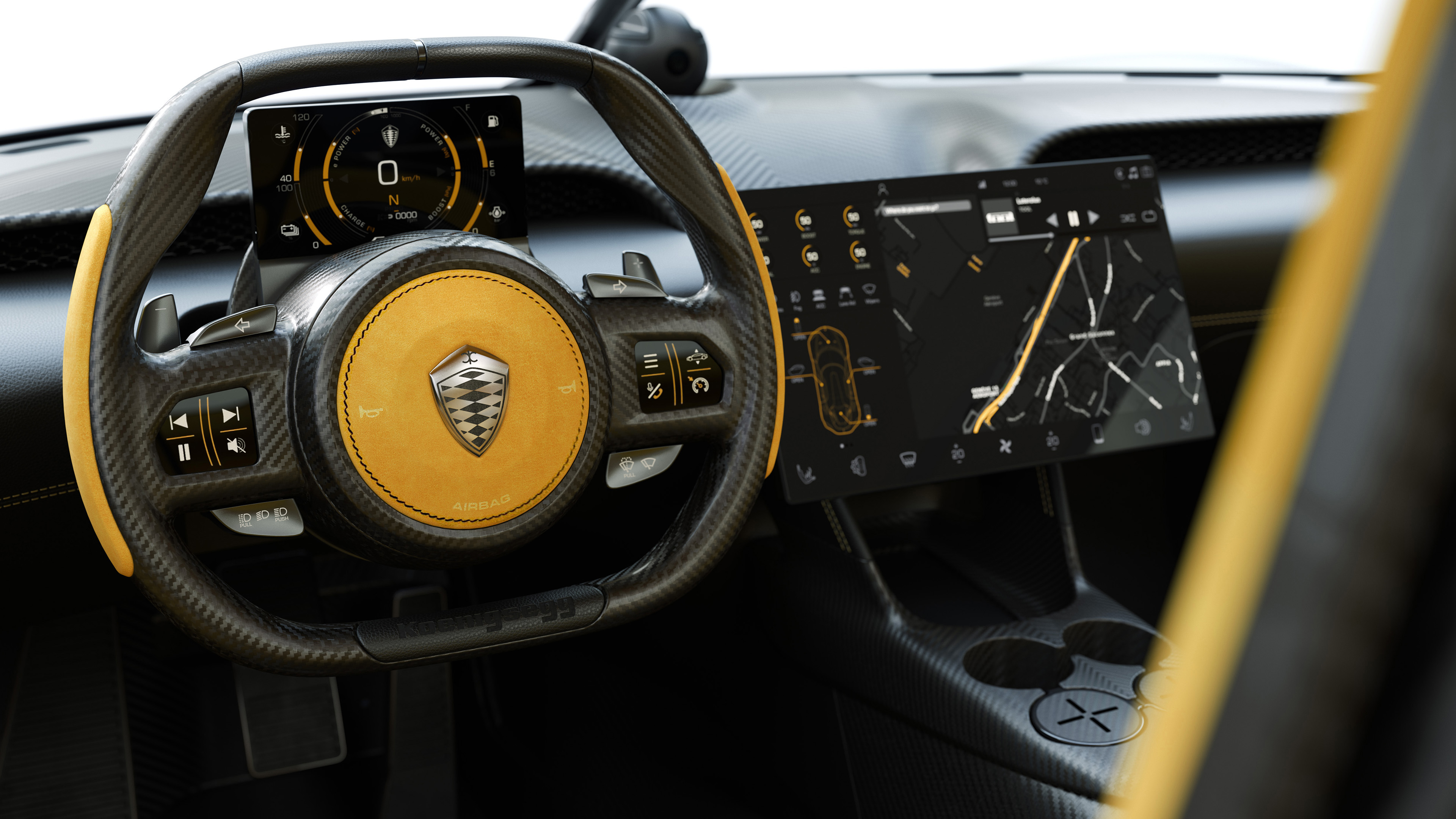 The Koenigsegg Gemera is the first four-seater Mega-GT car which was revealed in the cancelled Geneva Motor Show in March 2020. Powered by most powerful 3-cylinder engine and 3 electric motors this family car can do a 0-100 Kmph run is just 1.9s.

The Koenigsegg Gemera is a mid-engine Hybrid full four-seater Mega-GT car from the Swedish Manufacturer. Designed by none other than company founder, Christian von Koenigsegg and lead designer Sasha Salipanov, the car undoubtedly looks like a Koenigsegg with all the clean lines and curved front windshield with signature single wiper design.

As claimed by the Boss himself for the first time the brand has created something that falls in a totally new category of car with Hypercar spec performance yet luxurious and spacious like a family car should be. Its hard to digest that 1700Hp hypercar can be a family car but undoubtedly Gemera is a family car with full four seats that can occupy large adults and also has luggage compartments both at front and rear. The car is also fitted with famous Koenigsegg Doors to make it look exotic and also helps in better entry and exit from the car.

The Koenigsegg Gemera is powered by a camless mid-mounted Three Cylinder 2-litre petrol engine nicknamed the TFG “Tiny Friendly Giant”. Despite its size, it can produce massive 600 HP and 600 NM of torque. All that is achieved by using twin-turbo configuration and a camless setup to reduce the losses. The engine itself weighs 70kg and uses Free-Valve Technology which is an inhouse patented technology by Koenigsegg itself. With this Free-Valve technology, the valves are actually controlled by pneumatic actuators th at can provide more precise valve opening and closing time. This helped the engine to work without a conventional timing chain and camshaft setup thus reducing loss and helps the engine to produce max output. Together with the Akrapovic

Advertisement
twin exhaust system poking out near the rear window, it should sound really sweet.

The TFG motor can also run on ethanol or methanol or easily available E85 fuel for reduced CO2 emissions and together with the electric drivetrain makes Gemera one of the most fuel economic and less polluting Mega-GT car in the world.

Like Koenigsegg Hypercar Regera the “Gemera”  uses a much-evolved direct drive technology for its drivetrain, the engine is mated to three powerful electric motors- two 500 HP and 1000 NM each powering the rear wheels and one 400HP motor connected directly to the crankshaft which powers the front wheels via a prop shaft, thus making it a hybrid direct-drive powertrain.

Behind the front axle there is the high-performance 800-volt, 15kWh battery pack that runs the motors. This Battery pack allows the Gemera to do a 50km EV only mode and another 950km on Hybrid mode in highway speeds. Thus a total of 1000kms run before you need to stop to refill this beast.

With the rear-mounted two electric motors each capable of 500HP and 1000NM of torque the Gemera in electric mode produces 1100HP when combined and electric motors individually working produces 1400HP also with the petrol engine kicking in the total output goes to mindblowing 1700HP and the torque output is 3500Nm which is at standstill. This as a result enables the car to make a 0-100 Kmph run in 1.9s.

By using motors at each rear wheels and hydro couple differential at the front wheels the Gemera is capable of all-wheel-drive, all-wheel torque-vectoring (controlling the delivery of power to each wheel) and all-wheel-steering car with independent steering at rear wheels. This allows for a better grip and taking sharp turns around the tracks.

Also it can do a 300kmph run on all EV mode. With all that power and range no wonder its a true Mega-GT car (Grand Tourer).

Its actually ridiculous to put four people on 1700 BHP car but here it is in all its glory and so to keeps the occupants comfortable enough at 300kmph speed te Gemera gas truly luxurious interior.  The seats are carbon tubs but are fitted with memory foam and can be covered with high quality leather or Alcantara. Buyers can also get four decent-sized fully custom suitcases so that you can go on a trip around the country. There are two wireless phone charging pads and two large 13-inch touchscreens with Apple CarPlay and Andriod Auto as standard both front and rear passengers respectively. Also a total of 8 cup holders, 4 to hold cold drinks and 4 for hot beverages as you may like. Other safety features like airbags, 3 point seat belts, child Isofix are standard. As Gemera uses cameras instead of conventional Outside rear-view-mirrors, there are screens at each A-pillar that offers the driver a view that they left behind in the dust.

With wraparound front windshield, short overhangs and side intakes and full Koenigsegg style robotic doors it truly looks like a Koenigsegg though it is a different kind of animal like other cars from the brand. With all that said the Gemera is aimed to sold globally and only 300 units will be ever produced each costing way over $2.02 million or Rs 14,80,19,638 crores.

All About Hyundai iMT or Intelligent Manual Transmission 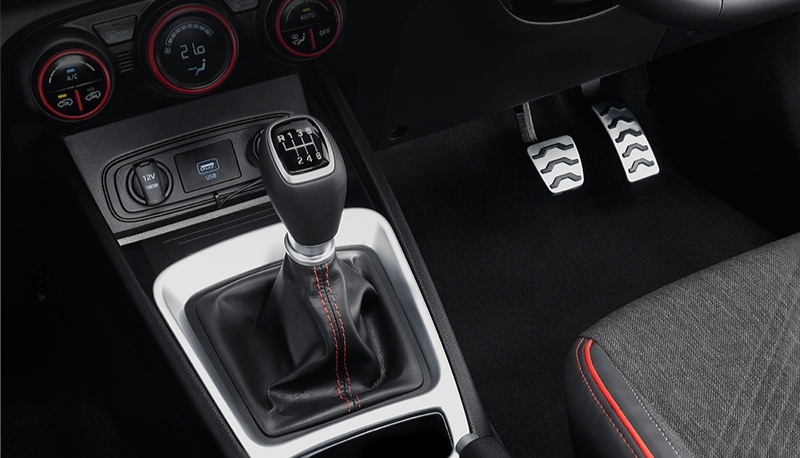