The 2022 Jeep Wagoneer and Jeep Grand Wagoneer SUVs are revealed which are based on the Grand Wagoneer Concept showcased last year. To take on the full-sized premium SUV segment in the international market and rival against some big American SUVs like the GMC Yukon Denali, Cadillac Escalade and Lincoln Navigator.

Jeep has reintroduced the iconic nameplate ‘Wagoneer’ after decades which is based on the Grand Wagoneer concept that was showcased last year to take on the full-sized premium SUV segment in the international markets. Both the 2022 Jeep Wagoneer and Grand Wagoneer are full-sized 7-seater SUVs built on a ladder-on-frame chassis unlike the 7-seater Jeep Grand Cherokee L that was revealed in January which has a unibody construction. The difference between both the Wagoneer and Grand Wagoneer are in terms of powertrain configuration and equipments on offer but are similar in sizes and dimensions both on the inside and outside. There are also few styling tweaks in the more premium Grand Wagoneer that makes it more unique and expensive. It is also the most expensive production SUV built by Jeep and with the equipment on offer they have even set eyes on premium European SUVs from brands like  Land Rover, Mercedes-Benz, Audi and BMW.

The differences that the premium Grand Wagoneer gets over the standard Wagoneer are more chrome accents on the exterior, unique lower front fascia, dual-tone colour scheme with black roof, and Grand Wagoneer Badging all over and a much luxurious and high-end interior. While both the SUVs feature American Flags on the fender Badges. Sadly the production variants don’t come with the cool illuminating seven-slot grille like on the concept. From the sides, both SUVs appear very long and sits over large 22-inch large alloy wheels which has a centre cap with Wagoneer written on it and there is a retractable step on the Grand Wagoneer as standard which can be opted as an option in the Wagoneer. Some more elements like puddle lamps are present that light up according to the models.

The rear has a subtle design though it has a good commanding presence because of its size. The taillights are also all LED but unlike the concept, these are small and don’t stretch out over the tailgate that can be seen in the concept form. There are seven exterior colours on offer for the Wagoneer- Diamond Black, Bright White, Luxury White, Silver Zynith, Baltic Gray, Velvet Red, and River Rock Blue while the Grand Wagoneer is offered with a few more options like: Midnight Sky Blue, Rocky Mountain Green, and Ember Red.

On the interior, both the Jeep Wagoneer and Grand Wagoneer features a two-spoke steering wheel which reflects the design element of old Wagoneers. The Wagoneer comes with Nappa leather seats as standard with wooden trim inserts on the interior. Coming to the equipment list, the Wagoneer gets a 10.3-inch digital instrument cluster as standard and also gets a large 10.1-inch infotainment screen which comes with Stellantis’s Uconnect 5 infotainment system along with wireless Apple CarPlay and Android Auto capability, there is also an option for premium MacIntosh sound system. The Gear Shift Knob is a backlit aluminum shift knob with switches on both sides for terrain modes and rides height settings.

While for the Grand Wagoneer to make it more premium Jeep has offered in with more screens on the inside and are even larger than on the Wagoneer. The Grand Wagoneer also features a more premium option of Palermo quilted leather interior and wood trim inserts. There is a 12.3-inch digital instrument cluster on the Grand Wagoneer. It also features a much larger 12.0-inch infotainment screen with an additional 10.3-inch touchscreen below that for HVAC and seat controls also features another screen for the second row. That’s not the end and more screens are available one a 10.3-inch passenger display integrated into the dashboard above the glovebox and 10.1-inch screens for the second-row passengers. While devices can be plugged in via HDMI and passengers are able to stream over the onboard Wi-Fi to watch Netflix, Hulu, or YouTube through Amazon Fire TV for Auto on the move. Other available equipment features a head-up display, digital rearview mirror, McIntosh premium sound system, heated and cooled center console storage, heated and ventilated seats with massage function, and a safe under the front armrest.

Both the 2022 Jeep Wagoneer and Grand Wagoneer features 2 large panoramic sunroofs and both offer option of a second-row bench seat or second-row captain seat configuration that make it an 8-seater or 7-seater. Since both the SUVs are slightly bigger and longer than their rivals it offers better headroom and legroom for the rear passengers. Other safety and interior features on both the SUV includes hands-free Active Driving Assist, ambient lighting, radar-based adaptive cruise control, blind-spot monitoring system, night-vision camera, 360-degree camera, forward-collision warning and brake assist to name a few.

Both Jeep Wagoneer and Grand Wagoneer come with V-8 engines under the hood and paired with an 8-speed automatic transmission as standard, also features cylinder deactivation technology, Jeep also says a plug-in-hybrid model will come in near future. The 2022 Jeep Wagoneer is powered by a 5.7L V8 which makes 392HP and 548 Nm and also gets a 48V mild-hybrid belt-driven motor/generator system called eTorque which is paired to an 8-speed automatic gearbox that drives the rear wheels as standard. While there is also an option for three four-wheel-drive systems to choose from full-time Quadra-Trac I with a single-speed transfer case, a two-speed transfer case on Quadra-Trac II and a Quadra-Drive II with a two-speed transfer case along with an electronic LSD on the rear differential. Together with all systems equipped the SUV has a towing capacity of more than 4,530 kg and offers superior off-road capabilities.

The engine on the Grand Wagoneers is a 6.4L V8 that makes 471HP and 617Nm of torque, it also features cylinder deactivation and is paired with an 8-speed automatic gearbox with 4×4 as standard. Jeep also claims it can reach 100kph mark in 6.0 seconds.

Both SUVs feature an independent suspension setup. While the Grand Wagoneer comes with Air-suspension as standard the Wagoneer can be had with air-suspensions that help in raising the height by 3.6 inches. Five terrain modes are on offer- auto, sport, rock, snow, and mud/sand as well as hill-descent control is standard with the four-wheel-drive systems.

The 2022 Jeep Wagoneer and Grand Wagoneer will go on sale by mid-2021 and the base Wagoneer which is priced at $57,995 (Rs. 42.18 lakh) but will arrive this year and the more premium Grand Wagoneer will $86,995 (Rs. 63.27 lakh) all thanks to a larger V8 engine, standard 4WD and premium equipment. Both SUVs offer three different levels of equipment. Bookings for 12 different preconfigured SUVs have already started for a sum of $500. A more expensive Jeep Grand Wagoneer Obsidian edition, which is a blacked-out version over the standard one will also be available later. It will feature blacked-out 22-inch alloy wheels, badges, and interiors and its price will start at $100,995.

There is no news if Jeep is going to bring in the Wagoneer SUVs to India but Jeep India is going to launch other SUVs especially for India ranging from a sub-4-meter SUV, a Seven-seater SUV based on Jeep Compass also the Jeep Wrangler will be locally assembled along with the newly revealed Jeep Grand Cherokee SUV.

Sat Mar 13 , 2021
Spread the love Post Views: 659 The new Land Rover Defender has now got two new engine options for the India market- both 3.0L 6 cylinder available in petrol and diesel making a total of 3-powertrain options to choose from.     Defender for India gets more powerful engines- 3.0L, […] 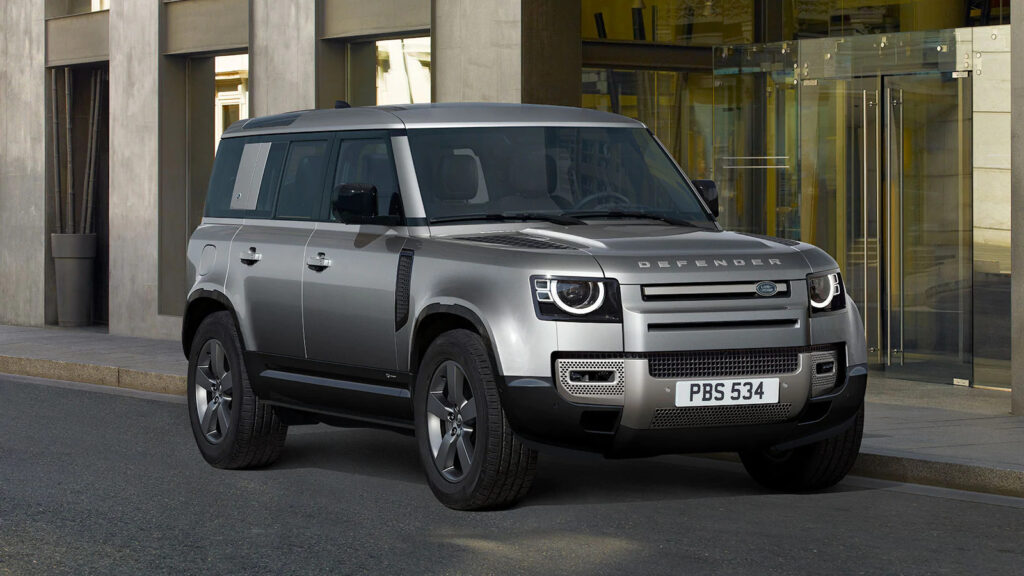