Formula 1 has revealed fully its 2022 F1 car to the public before the British Grand Prix this weekend. The new F1 car has undergone a major design overhaul, however, the final designs will vary according to teams and how they play with it staying within the rules. The V6 hybrid powertrain from the previous generation F1 car will be carried over. 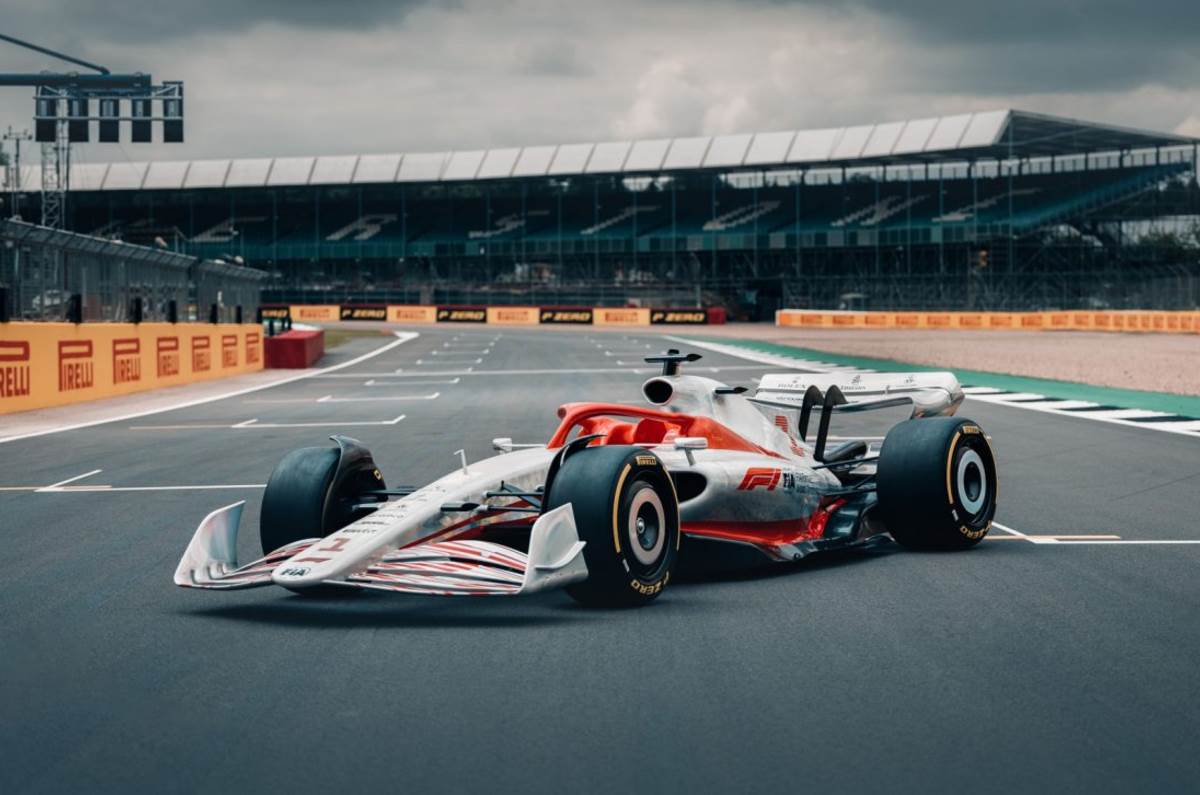 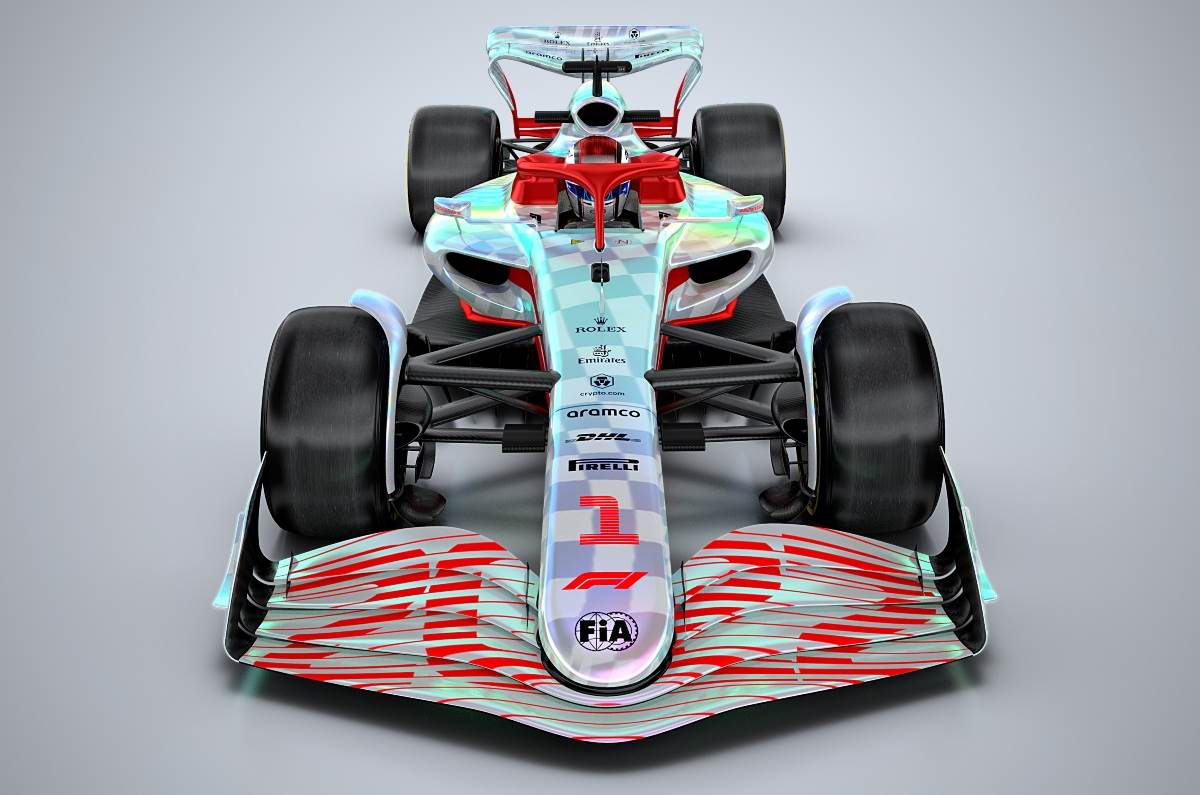 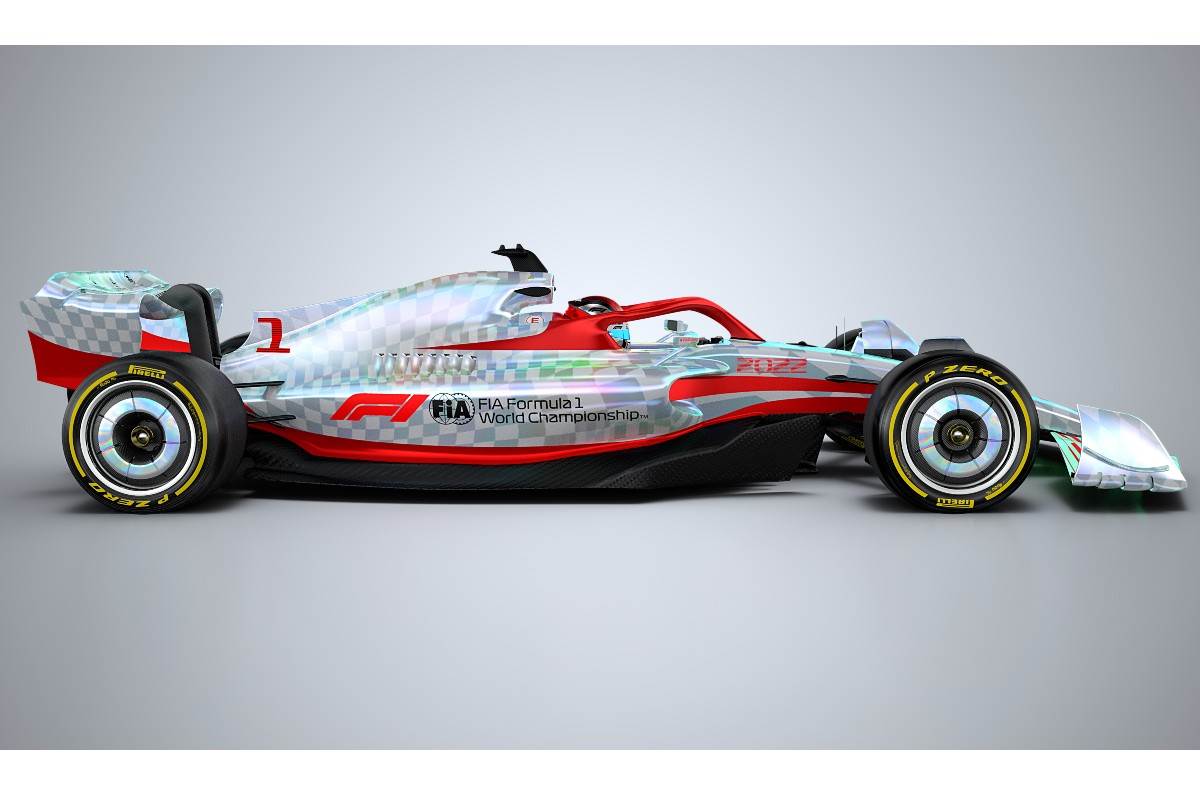 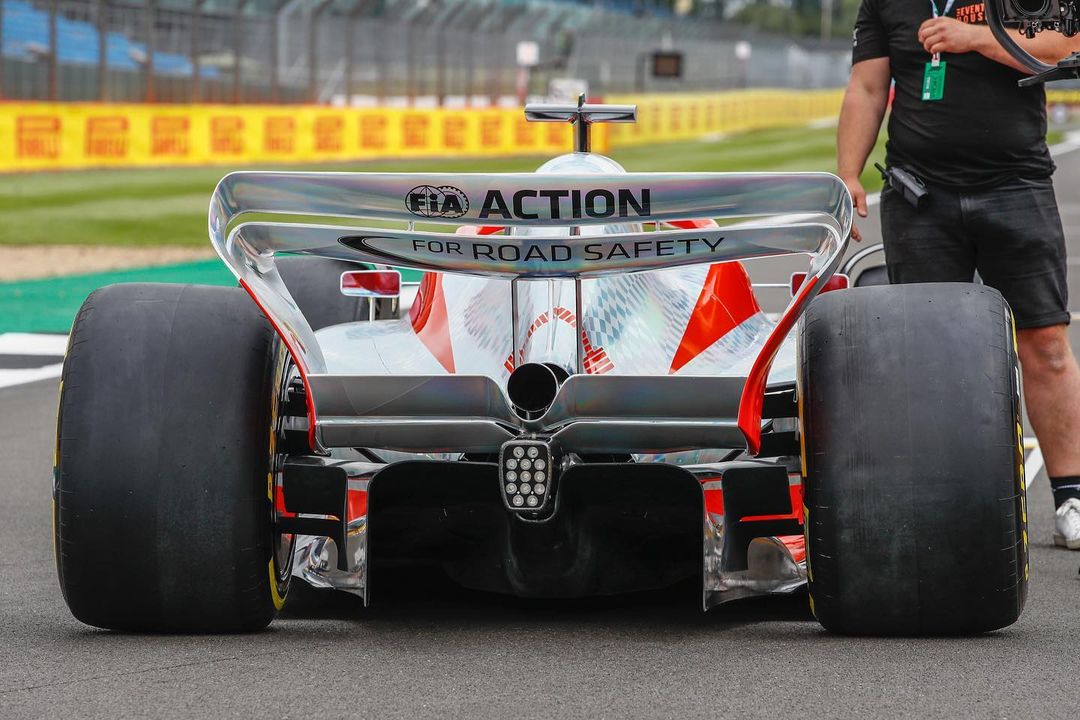 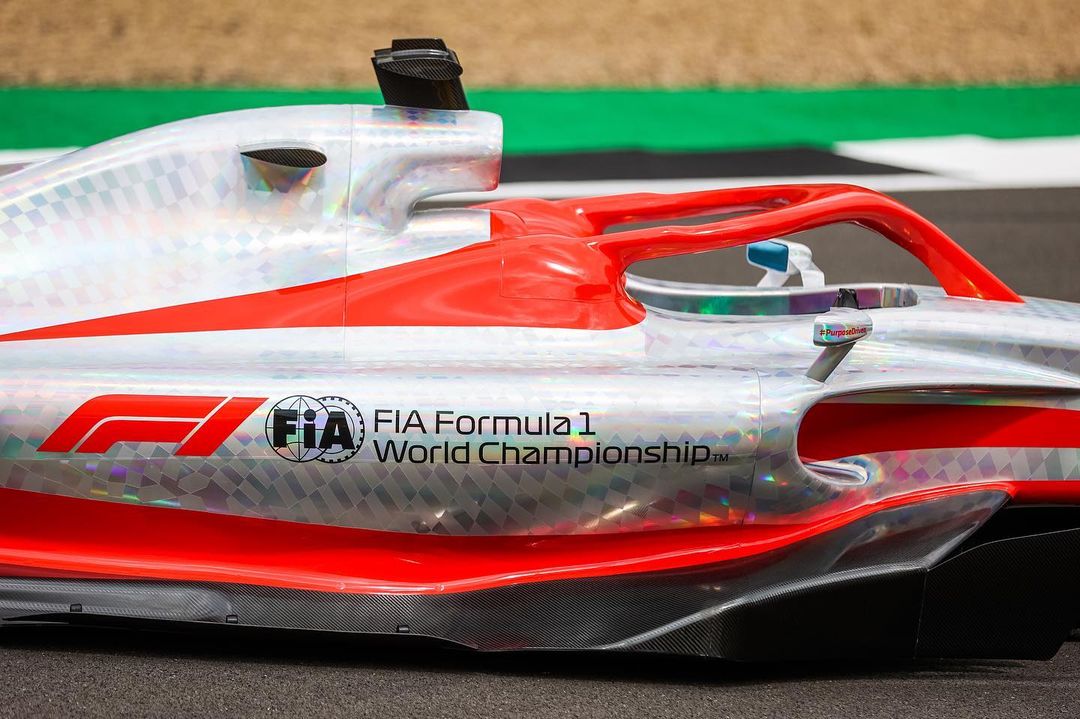 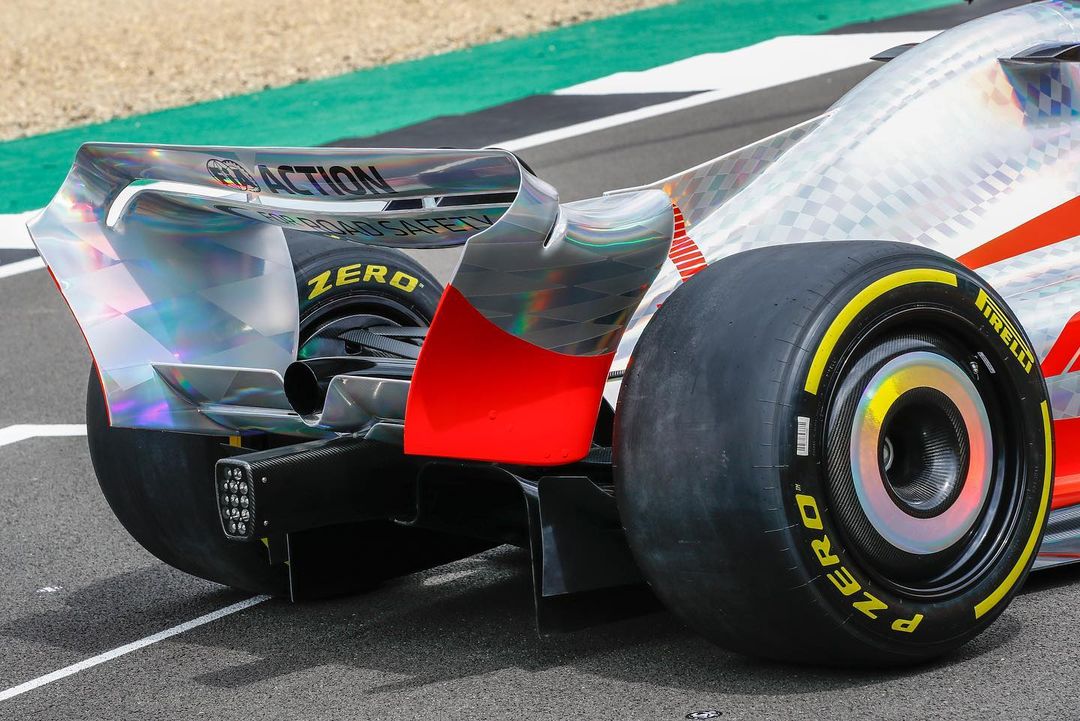 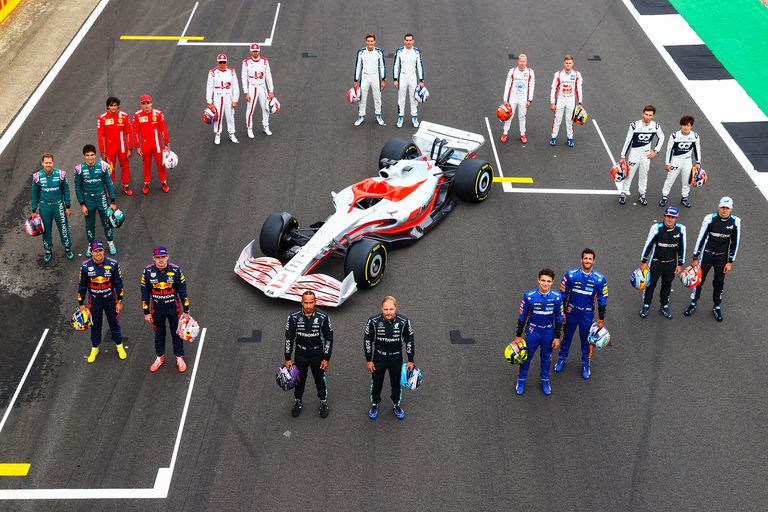 FIA initially decided to introduce new rules this year but it was pushed to 2022 session because of the ongoing COVID-19 pandemic so to ease financial burden over the teams. The new rules are made with the aim to promote closer racing between the cars and for that the car design undergoes complete design change for the chassis, body and new aerodynamic elements. However, the V6 hybrid powertrain from current generation car will be carried over.

The new rules also say that from 2022, F1 cars will have a much simplified front wing element, bigger rear wings, wheel-wake control devices, a simplified suspension setup and large 18-inch rims with low-profile tires (which are up from current 13-inch rims from current cars). The most visually striking features of the new 2022 F1 Car are the flat nose, the wheel aero-covers for aerodynamic efficiency, large front wing with integrated endplates, and the unique rear wing concept. The aim of the new car is to try to make the racing better by improving overtaking capabilities.

The most major change that 2022 Car gets is the re-introduction of ground effects, which was banned in F1 races since the early 1980s, to achieve this venturi tunnels are made in the underbody of the new car. According to FIA F1’s calculations, with the new design, the cars will only lose 5-10 percent of downforce while running in another car’s tail which is a improvement over previous car’s aerodynamic design. With a newly designed rear wing and diffuser the new cars will make less dirty air behind them thus reducing its effects on other cars aerodynamic efficiency behind is significantly, this will give the drivers a better chance for a close race and overtake.

With all the changes being made, the new cars will be around 25kg heavier than the current F1 car. Back in 2019 while announcing the new rules, FIA’s head of single-seater matters, Nikolas Tombazis said that the new F1 cars are expected to have 3-3.5sec slower lap time due to the changes. But he also said that the main aim behind this is to make racing better rather than higher speed.

All-new Sprint Qualifying will be introduced in this weekend’s British GP. Silverstone is one of the venues to host this format for Qualifying this year. Unlike regular knockout qualifying session, with Sprint Qualifying drivers will race over 100kms which will for 25-30mins, on Saturday. The result of this race will determine the grid for the main race on Sunday. The top three teams in Sprint Qualifying will also get additional points – three points for first place, two for second place and one point for third place holder.

One thought on “2022 F1 Car revealed ahead of British GP”

Sat Jul 31 , 2021
Spread the love Post Views: 232 Mahindra has been testing their upcoming flagship offering the Mahindra XUV700 SUV for the last few months and has also teased many videos showing the features that will be offered with the XUV700 among which most of them are segment first. Slated to be […] 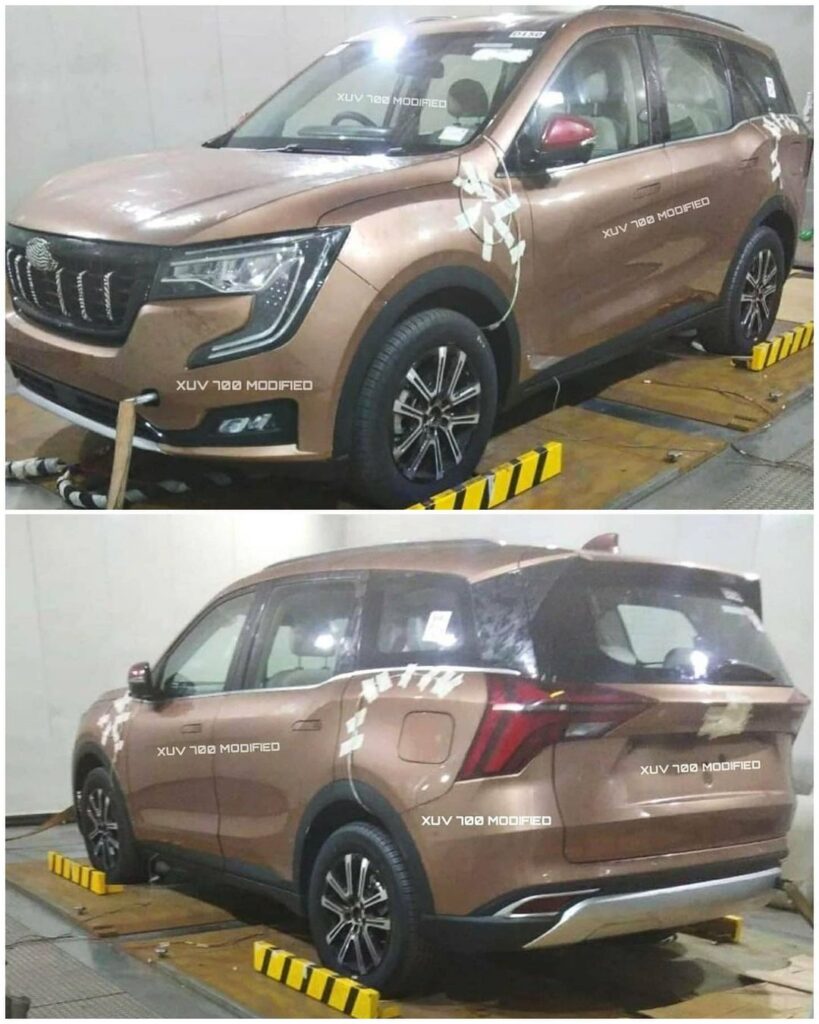