The 2020 Mahindra Thar was a highly anticipated unveil for the Indian Automotive market and it made a great hit when Mahindra finally took off the covers from it on the 74th Independence Day. The New-Gen Thar has evolved over the previous generation and now its not just any off-roader, Mahindra has added features to make it a daily driving SUV. With that said many of us were hoping for a 5-door version of the same and Mahindra & Mahindra had finally given a green signal for its production. So here’s some information over the 5-door version of the New-Gen Thar.

What do we know about The Thar 5-door?

The New Gen Mahindra Thar was a total overhaul from its predecessor and Mahindra & Mahindra gave it many things to make it a better SUV both on and off-road. No wonder the new Thar is way more capable off-roader than the outgoing one with superior mechanical upgrades Mahindra has added features to also make it a daily driver. Despite that even if the New-Gen Thar can be a daily driver, 3-door SUV doesn’t make much of a sense so to make it more people-friendly and get more market share, Mahindra has given the green signal for the development of a 5-door Thar that will make it into production. It will have the same ladder frame like the 3-door version but the 2020 Mahindra Thar 5-door will have a different body and have a longer wheelbase to make it more practical.

Mahindra has also started an auction on the first unit of the 2020 Mahindra with hashtags like #1 and #givetoget before it goes on sale. The Auction is done to make some funds for COVID-19 relief, and on the opening day of the auction, Mahindra was able to gain bids over Rs 80 lakh. The auction will be live till 6 PM(IST) of 29th Sep 2020.

The 5-door Thar can be a crucial addition to the model line-up because its only Rival— The Force Gurkha will also be offered in 3-door and 5-door body option. There’s also a possibility that Maruti Suzuki India might bring its highly capable Jimny SUV

Advertisement
to India with a 5-door body option but it certainly may not get all the off-features like the 3-door version of the Jimny gets.

The 2020 Mahindra Thar is a totally new SUV and is built on a new Ladder Frame Chassis and features two new engines. Gets a turbocharged 152 HP 2-litre ‘mStallion’ petrol engine with 6-speed manual transmission as standard and 6-speed automatic as an option. And a 132 HP 2.2-litre turbo-diesel ‘mHawk’ engine which also gets a 6-speed manual as standard and 6-speed torque converter automatic transmission. Four-wheel drive and a manual transfer case is standard across all variants.

Talking about variants itself the New-Gen Thar will get two variants- AX and LX . The AX trim is for those extreme 4X4 junkies and gets basic features, the LX trim is aimed more on urban usage and gets lots of creature comforts in the interior to make it a daily driver. But both the trims share the same off-road capabilities.

In addition to this, the New Mahindra Thar also gets a 7.0-inch touchscreen with Apple CarPlay and Android Auto, roof-mounted speakers, a colour MID for the instrument cluster, steering-mounted controls and cruise control. Its also now a much safer car than before and gets dual airbags, ABS with EBD as standard, ISOFIX child-seat mounts, hill-start and descent, ESP with roll-over mitigation, and also to get pedestrian protection norms. Also gets front-facing rear seats.

Since it gets more premium features than before expect the New Thar to be priced from Rs 12-15 lakh (ex-showroom) when it is launched on October 2, 2020. Also before launching it Mahindra a putting on an auction on the First Unit of Thar.

While 2020 Mahindra Thar 5-door will not be coming soon enough but should surely hit the market by end of 2021. Hope it will get all the off-road capabilities like the 3-door Version.

Got any thoughts on the New-Gen Mahindra Thar drop in the comments section below. 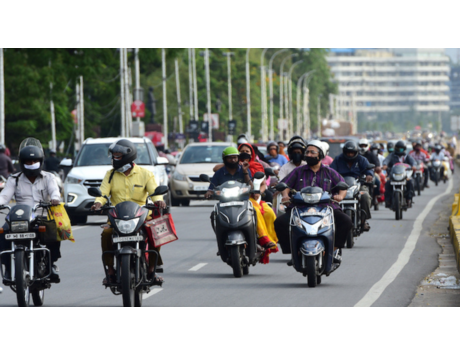